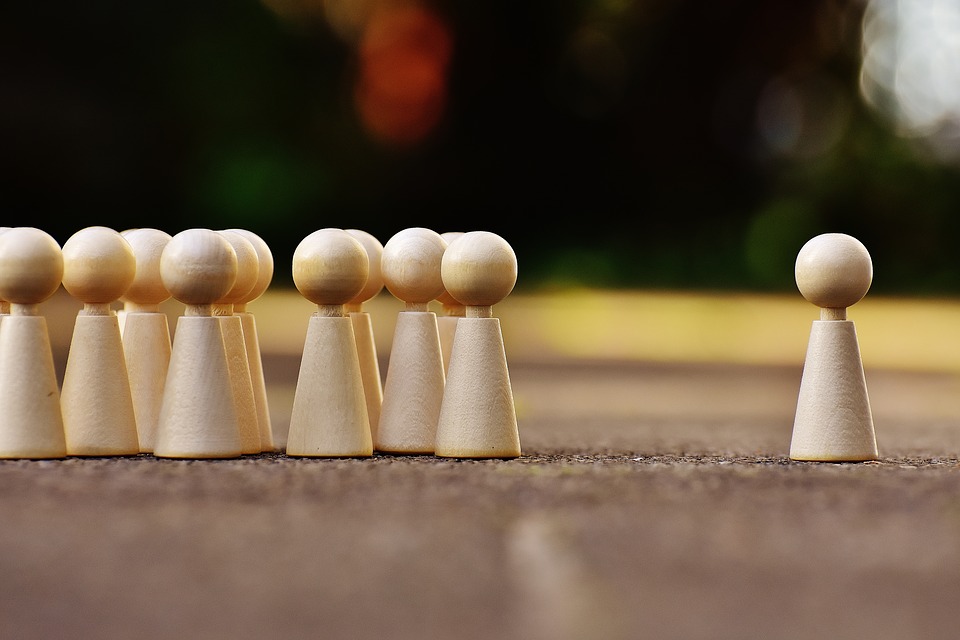 Rabbi Yehoshua said: An evil eye, the evil inclination, and hatred of others (lit., of the creations) remove a person from the world.

This mishna continues to discuss the five primary students of R. Yochanan ben Zakkai (Mishna 10) and their teachings. Here R. Yehoshua, the second student, lists three personality flaws which “remove a person from the world.” The implication is not simply that G-d will punish such a person, but that his behavior itself will actively “remove” him from the world. He will make his own life miserable. As we will see below, his evil traits will actively ruin his life, making him unable to enjoy even the blessings he has been granted.

The commentators (R. Yonah and others) understand an “evil” eye to mean a jealous eye. One who has an evil eye looks askance at others. Rather than being happy with others’ good fortune and accomplishments, he begrudges them what is theirs. And such a jealous person does not have a life — not his own one at least. He pines away wishing he were someone else — that he had his fellow’s talents, success, popularity, or prestige. And one who wishes he were someone else will fail to live up to his own talents — or even recognize what they are. He will “remove” himself from the world, not living and enjoying the life G-d has granted him, but rather wasting away in his greed and self-pity.

As the Talmud states it, “Anyone who sets his eyes on something which is not [meant] for him, what he seeks is not given to him, and what is his is taken from him” (Sotah 9a). He will certainly not get what is not meant for him, and by his own actions, he will deny himself that which is truly his as well.

Likewise, one who is ruled by his “evil inclination” — his passions and lusts — will be consumed by his desires and will be unable to live his own life positively and productively. His life will be an endless drive to satisfy his insatiable appetites — ones which will merely grow the more he attempts to satisfy them. Regarding this, the Talmud provides us with yet another pithy insight into the reality of the human condition: “There is a small limb in a man: if he starves it, it is satisfied; if he satisfies it, it is hungry” (Sukkah 52b). Physical drives are an undeniable part of our humanity. But as with all aspects of nature, if we do not control them, they will control us.

The final negative trait R. Yehoshua lists is hatred of others. We can perhaps contrast this to jealousy of others. The jealous person relates negatively to the world around. He is jealous of other people’s talents, and so he wastes away wishing he were someone else rather than himself. One who hates others too is focused on the other person rather than himself. Rather than focusing on his own abilities and living his own life, he eats himself up with his dislike of others. He’s more interested in his foe’s failure than his own success. And so, he too does not truly have a life.

(Anyone who has been involved in ugly divorce or inheritance proceedings can appreciate how true this is. I’ll spend more money on lawyers’ fees than your entire claim is worth just to make sure you don’t get it.)

Thus, at first blush, there seems to be a close resemblance of jealousy of others to hatred of them. Whereas jealousy stems from competition — I envy you and therefore fail to appreciate myself, hatred is more outright destructive — I hate you more than I care for myself. The faults are related; the results equally tragic.

It is more difficult, however, to understand the rationale behind such hatred. Jealousy we can all understand: He’s more popular, more successful, more highly regarded, etc. — and so I become jealous. But where does anger towards others stem from? I don’t believe this is simply a manifestation of jealousy — since deep down I’m jealous of him I “hate” him and want his downfall — because that is merely an expression of my jealousy. R. Yehoshua would not have listed that as a separate trait. I further do not believe we are talking about justified hatred of others — he ripped me off and so I hate him. The healthy individual too would hate such a person, and not because he’s all-consumed with others, ignoring his own life. If so, what sort of negative trait is hatred of others? Where does it stem from and what is its cause?

The commentator Rashi explains: “Hatred of others” is what the Sages call “sinas chinam” — baseless hatred. I hate others for no real reason — certainly no reason which justifies hatred. They are different, they have annoying habits, different religious practices or different outlooks in life. And so I hate them. I see the negative in them and find fault in their every action.

Well, we now know what this trait is, but we still do not know why. Why would I hate others for no other reason than that they are not me? What do I stand to gain from it? Yet the Jewish people have been roiled with such senseless hatred for millennia. The Talmud tells us that the destruction of the Second Temple occurred because the Jews hated each other without reason (Yoma 9b). Anyone who has an even modest familiarity with Jewish history — ancient, current and every stage in between — knows that such hatred has wreaked havoc on Israel. We seem to be more consumed with hating each other than liking ourselves. From the Roman conquest to the ghettos of Nazi Germany, Jews have often been too busy fighting each other to unite against a common enemy — even with their imminent doom plainly spelled out. And the results have invariably been catastrophic.

And so, the why looms ever larger. Why do we seem to have this predilection towards such obviously destructive behavior? Isn’t tolerance clearly just a nicer way to live? We all become selfish, petty and immature now and then, but doesn’t any rational person realize it is better to love than to hate? Are we Jews really such an evil, spiteful lot?

The answer is, unfortunately, a very simple one, and it provides us with a fundamental insight into the workings of the human mind. On one level I would much rather hate the rest of the world than like it. Why? Because it is the easy way of facing life. What should our attitude towards others be? That they are human beings in the image of G-d, that they are essentially good people, beloved to G-d and possessing Divine souls. I must see beyond our external differences and see the good inherent in them. I must learn from their good qualities. And they might even be better than I; their good behavior might just obligate me to improve my own ways.

Most importantly, however, I must look favorably upon the rest of mankind. I must expand out of my own space, out of my own self-centered shell. Seeing a world of color and diversity must force me to see the myriad reflections of G-d contained in humankind. I must be open to new friendships, to new ways of life, and to new attitudes. Each person I encounter teaches me just a little bit more, reveals yet another angle of G-d’s divinity. I must expand and grow from such encounters — and I must be prepared to grow.

Our defense mechanisms are very well-guarded against this. We’d much rather not see others for whom they really are — and certainly not see the positive in them. On one level, it’s so much easier to invalidate others — individuals, races, nations, sects within Judaism. By looking for and finding fault in others (which of course every human being has), I give myself a smug sense of my own inherent superiority — and I save myself the inconvenience of having to search for faults within myself. Direct your focus towards the faults of others — and you will never have to worry about your own.

Even more fundamentally, however, by failing to see godliness in man, I become quite comfortable with my own mediocrity. If I see man as G-d’s magnificent handiwork, then I have much to learn from others and much growing of my own to do. If, however, I see only failure and imperfection — well, then there’s very little to aspire to and little point trying harder myself. No one else has really gotten it right — and so what’s the use really trying? Seeing the negative in others is a wonderfully convenient manner of giving up on mankind — and most importantly, on myself. And so I remain in my own dark world, unenlightened by the many manifestations of Divinity which G-d has planted on this earth.

Thus, to conclude, dislike of others — whether acute or subtle — is an enormously self-satisfying way to live. Nothing forces me to grow, to change, to come out of my own little shell — and that is just the way I want it. R. Samson Raphael Hirsch points out that this final trait, literally translated, means “hatred of the creations.” Inherent in our mishna’s language is the fallacy of such a shortcoming. We must love others not because they are perfect or similar to us, but simply because they are G-d’s creations. If G-d created them — unless of course they wantonly stamp out their Divine spark — I must see the positive in them. I must be open to others and I must admire them — and ultimately I will grow.