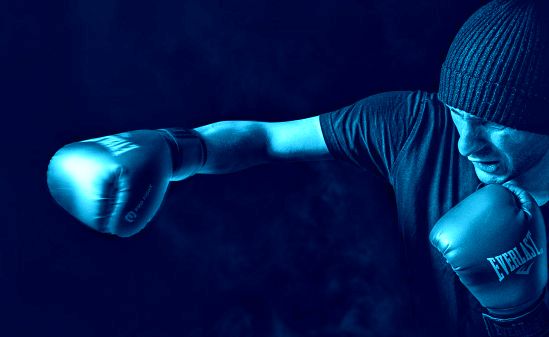 “Rabbi Elazar said: Be diligent in the study of Torah. Know what to answer a heretic. Know before Whom you toil. And faithful is your Employer that He will pay you the reward for your labor.”

We are continuing to study the teachings of the five primary students of R. Yochanan ben Zakkai (Mishna 10). This mishna presents the words of R. Elazar, R. Yochanan’s fifth and final student.

R. Elazar advises us to be prepared to answer all challenges put forth by heretics. We must anticipate their arguments and be ready with proper and appropriate responses. We must know how the other side is translating (and usually mistranslating) verses and what those verses truly mean. Don’t allow them to turn “a son has been born to us” (written many hundreds of years before the Common Era) into “a son will be born.” And certainly don’t let them tell you “maiden” means “virgin”. (As always, I don’t intend with this to challenge the beliefs of other religions. Everyone is entitled to his own beliefs. But telling us that our own Torah says it — when anyone who can so much as read Hebrew knows full well it does not — is going a bit too far.)

And this should not be a difficult task. We have the original Hebrew and all the ancient commentaries on our side. Truth really does speak for itself. Nevertheless, as we all know, getting others to buy truth is 10% content and 90% packaging. We must not only know what to answer. We must well know how to say it.

The term our mishna uses for heretic is “apikores.” This is the Hebrew equivalent of Epicurus, the Ancient Greek philosopher (3rd-2nd Centuries B.C.E.), founder of the Epicurean philosophy (“Eat, drink, and be merry for tomorrow we die” — especially with eating habits like that). (The Epicureans were actually more “rational hedonists,” but for our purposes, the folk-simplification is sufficient — and also telling.)

The term apikores in Jewish literature has become synonymous with one who adheres to any doctrine contrary to the basic tenets of Judaism. Certainly Epicureanism is practically antithetical to all we believe in. Death is not an end to existence to be disregarded. To the contrary: this world is no more than an entrance-way before the Banquet Hall (4:21). The eventuality of death should not drive us to indulge ourselves, but to spend our lives preparing for that future grand entrance. (See also earlier, 2:15.)

In addition (as my father of blessed memory once pointed out to me), scholars have noted that the Talmud’s frequent use of this term may have served as an anti-censorship device. When the Sages had occasion to refer to Christianity or other contemporary religions (usually in somewhat less than glowing terms), they would cloak their references by giving the impression they were referring to some obscure Greek philosophical sect. (See for example Talmud Hagigah 5b.) Likewise Gentiles in general were often referred to (both by the Talmud and the commentators) as Cutheans, Canaanites and the like.

R. Elazar’s advice of knowing how to respond to the heretic is significant on many levels. Although our gut reaction might be not to dignify the scoffer with a response — let him wallow in his own vomit — we are told to take his arguments quite seriously. We must be ready with careful and even considerate responses. It is worthwhile to examine some of the reasons behind this.

First of all, we must stand up for the sake of G-d. Don’t ignore them — even if to our minds their arguments don’t even warrant a response. We must not give even the most fleeting impression that others’ arguments have any validity — or that they know how to translate our own Torah better than we. Even if we know their arguments are contrived, based upon mistranslations, or quoted out of context, don’t let anyone entertain that we had no response. Make it crystal clear that we know better.

The Talmud (as well as Jewish history) has some classic rabbinic comebacks to such confrontations. In Sanhedrin 39a, R. Avohu has a back and forth with a heretic who asked him clearly absurd questions. (He “proved” from a verse that G-d is a priest and therefore asked how G-d could have immersed Himself after defiling Himself by burying Moses being that He is larger than the entire world.) R. Avohu was just as quick to respond with verses quoted equally-ridiculously out of context. Clearly, both parties knew their entire debate was ludicrous. However, the rabbi felt it was important that he have the last word (he did) — and the Talmud felt their “debate” was significant enough to record for future generations. Our superiority in all areas of Torah and theology should be demonstrated conclusively. It started with us — and we are still the masters. (I know I’m sounding arrogant, but such truths really should be self-evident.)

Second of all, we respond to heretics for their sakes. We are actually sincerely interested in showing others the true light of G-d’s wisdom. Far from considering such people infidels to be slain or converted at sword-point, we would like very much to reason with them. If (and only if) they doubt Judaism because they sincerely sought out truth — and equally-sincerely reached their erroneous conclusions — we would be more than happy to enlighten them with our version of truth. Judaism has very high regard for individuals who ask questions in matters of faith — even if their answers have led them along what we consider the incorrect path.

Yisro (Jethro), father-in-law of Moses, is praised by the Rabbis for having tried out every idolatry in the world before realizing the truth of Judaism (see Mechilta to Exodus 18:11). Yisro really meant it. He was obsessed with his search for truth — for he knew that if there is a G-d, He must have provided man with the instructions for how to serve Him. Eventually — after an exceedingly long and circuitous route — he followed in the footsteps of Abraham, and discovered the true G-d. For if a person — even a heretic — is interested in truth, we have much to say to him. If, however, he is impervious to open and sincere discussion and can think only in terms of proving he’s “right” and rescuing our doomed Hebrew souls, then there is little to be gained from such dialogue.

(I don’t mean to be misunderstood, by the way. Judaism does not believe in proselytizing. We have more than enough trouble keeping our own in line that we are hardly ready (at this point in history) to take on the world. However, a sincere question always deserves an equally sincere and patient response.)

Lastly, we must respond to scoffers for our own sakes. We must now and then fortify ourselves. Let ourselves know that agnostics and scoffers have no real substance to their arguments. A part of us would just love to forget about death. It actually doesn’t sound so bad to eat, drink and be merry for our few remaining miserable years here. But we cannot allow ourselves to fall into the same trap as the agnostic. Don’t let ourselves imagine that the scoffers have something on us — that although their arguments might be less cogent, well at least they’re enjoying themselves down here a lot more than we are. Don’t feel that we might have won the World to Come, but in the process we have sacrificed this world.

I believe for this reason, our mishna concludes as it does: “And faithful is your Employer that He will pay you the reward for your labor.” The commentator R. Yonah asks, did we not learn above “…do not be as servants who serve the Master to receive reward” (1:3 www.torah.org/learning/pirkei-avos/chapter1-3.html)? We are generally told not to focus on heavenly rewards, yet here R. Elazar makes a point of informing us that we will be rewarded?

I believe the explanation is that at times we must be reminded. And one such time is when heretics are challenging our faith. Are we tempted to give their arguments credence? They do have far more relaxed religious requirements! Hey, no other religion demands Passover cleaning! So maybe — just maybe — there is something to be said for other viewpoints and other ways of life.

And so, R. Elazar concluded as he did. G-d does reward us with true pleasure — both in this world and in the next. We will be rewarded in full, measure for measure. Generally we do not serve G-d in order to receive reward. But when heretics challenge us, we need that reminder. If we would think that intellectually Judaism is superior, but that let’s face it — self-serving Epicureanism is far more pleasurable, then we have not really gotten the message of Torah. Judaism beats Epicureanism hands down — spiritually, rationally and physically.

We should never feel that in Judaism we are sacrificing this world for the next. Hedonists have no idea what pleasure is. They indulge their bodies, performing acts of selfishness and taking, until they burn out physically and either get bored with such pleasures or feel a need to move on to bigger thrills to wring some more excitement out of a miserable existence. But they are not giving, they are not growing, and they are not sensing true satisfaction. They are merely whetting voracious and insatiable appetites, attempting to placate a gaping, dismal spiritual void with empty calories and endless frustration. They are living for nothing — and deep down they know it. Only we who understand our purpose in life, who sense our immortality and recognize we are striving towards it, can sense true happiness and fulfillment both in this world and in the next.