But Will You Save Others? 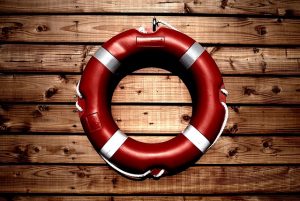 Our Parashah opens, “These are the offspring of Noach– Noach was a righteous man, perfect in his generations; Noach walked with Elokim.” Later, the Parashah describes how Noach and his family were saved from the Flood, presumably because of Noach’s righteousness. Yet, the final verse of last week’s Parashah states: “But Noach found Chen/ grace in the eyes of Hashem.” Our Sages understand the word “Chen” as being related to “Chinam” / “free; for nothing,” implying that Noach was not deserving of the favor that Hashem showed him.

R’ Ovadiah Seforno z”l (the “Seforno”; 1470-1550; Italy) explains: Noach himself was worthy of being saved, but he was not worthy of saving his children, as we read in Yechezkel (14:14-15): “Even if these three men—Noach, Daniel, and Iyov—would be in it [Eretz Yisrael], they would by their righteousness save only themselves—declares Hashem Elokim . . . those three men in it would save neither sons nor daughters; they alone would be saved, but the land would become desolate.” Why? Because, explains the Seforno, they were righteous for themselves, but they did not teach their respective generations, in contrast to Avraham, Moshe, Shmuel, and others like them, who inspired their contemporaries.

The Seforno continues: Noach did rebuke his contemporaries about their behavior that was destructive to society, but he did not teach them to know Hashem and to walk in His ways. True, he was a perfect Tzaddik in thought and deed, but one who is righteous only for himself can save only himself. On the other hand, one who helps to lead others to spiritual perfection may merit to save them from physical dangers as well. (Be’ur Ha’Seforno)

“Noach was a righteous man, perfect in his generations.” (6:9)

R’ Srayah Deblitzki z”l (1926-2018; Bnei Brak, Israel) writes: To encourage every person to strengthen his Torah study and his service of Hashem generally, and to “decorate” himself with Mitzvot, I copy here from the writings of the Arizal (R’ Yitzchak Luria z”l; 1534-1572):

R’ Chaim Vital z”l (1543-1620; Tzefat and Damascus) asked his teacher, the Arizal: How can you say that I have a lofty soul, when the smallest person in earlier generations was such a Tzaddik and Chassid / righteous and pious person that I do not even reach his heels?

The Arizal answered: Know that the greatness of a person’s soul is not measured by his deeds, but rather by the epoch and generation in which he lives. A small deed in this generation is worth many Mitzvot performed in earlier generations, because the forces of impurity are so strong now. If you had lived in a generation when the forces of impurity were weaker, you would have performed much greater good deeds and have had much more wisdom than many of the great people of those earlier times. This is what our Sages mean when they say that Noach would have been even more righteous if he had lived in a generation of righteous people. [Until here from the Arizal]

R’ Deblitzki continues: In reality, the Arizal’s generation was a “Dor De’ah,” a generation of spiritual giants. The Arizal’s neighbors in the small town of Tzefat, Eretz Yisrael, included, among many other great sages, R’ Yosef Karo z”l, author of the Shulchan Aruch; the Torah commentator, R’ Moshe Alsheich z”l; and the great Halachic authorities R’ Yosef Trani z”l (“Maharit”) and his son R’ Moshe Trani z”l (“Mabit”). There were many more giants in the diaspora at the same time. Shortly before that generation [in 1492], numerous Jews had given their lives in Spain for the sanctification of G-d’s Name, and thousands of others had left behind everything they owned and moved from Spain to other countries, rather than deny the Living G-d and His Torah. If the Arizal called that a lowly generation, what can we say of our own time? Certainly, then, every Mitzvah we perform and every word of Torah we study has unimaginable worth! Knowing this, a Jew should rejoice in the opportunity to serve his Creator and constantly strengthen his Torah study and Divine Service. (Sefer Et L’drosh: Shovavim p.112)

Rashi writes: Some say this was a window. Others say it was a precious stone that gave light to them.

R’ Shlomo Pappenheim z”l (1740-1814; Dayan / rabbinical court judge in Breslau, Germany) explains: The word “Tzohar” comes from the root “Tzadi-Reish,” which connotes focusing or intensifying. For example, a woman’s very intense labor pains are called “Tzirei Leidah.” The period of intense mourning leading up to Tisha B’Av is called “Bein Ha’meitzarim.” In our verse, the Tzohar was something–either a window or a gem–to focus and intensify the sun’s light. This, too, is why midday is called “Tzaharayim.” (Cheishek Shlomo)

“The whole earth was of one language and of common purpose.” (11:1)

R’ Mordechai Neugroschl shlita (Eretz Yisrael) writes: The Generation of the Dispersion, i.e., the generation that planned the tower, knew the secrets of Lashon Hakodesh and wanted to use them to turn the spiritual roots of creation to their own purposes, regardless of Hashem’s will. They failed to understand that, indeed, the letters of Lashon Hakodesh are very powerful, but only because that is Hashem’s desire. One cannot twist them to use against Hashem’s will. Fittingly, their punishment was that Lashon Hakodesh was taken away from them and they were forced to speak other languages. Only Avraham Avinu, who did not participate in the generation’s sin, was able to continue using the holy tongue. (Mi’darchei Ha’lev Ha’Yehudi p.50-51)

Last week, we presented the view of R’ Moshe ben Maimon z”l (RambaM; 1135-1204; Spain and Egypt) that the verse (Devarim 11:13), “To serve Him with all your heart,” instructs us that there is a Mitzvah to pray, though the frequency and text of prayer are not dictated by the Torah.

R’ Moshe ben Nachman z”l (RambaN; 1194-1270; Spain and Eretz Yisrael) writes: What RambaM states is not universally agreed to; in fact, the Gemara states multiple times that prayer is a Rabbinic Mitzvah. For example, the Gemara (Berachot 21a) says that one who is unsure whether or not he recited Kri’at Shema must recite it (again), because Kri’at Shema is a Torah Mitzvah. In contrast, says the Gemara, one who is unsure if he prayed does not pray (again), because that is a Rabbinic Mitzvah.

Rather, writes RambaN, prayer is not a [Torah] obligation at all. Instead, it is part of Hashem’s Attribute of Kindness that He listens to our prayers and answers them. As for the verse cited by RambaM, “To serve Him with all your heart,” that verse instructs us to perform Mitzvot with our hearts, i.e., with Kavanah. This means paying attention to, and thinking about, what we are doing, and not performing Mitzvot mindlessly. It also enjoins us not to doubt whether there is any purpose to our Mitzvah observance.

[RambaM cites the Midrash Sifrei as his source that the verse, “To serve Him with all your heart,” refers to prayer.] RambaN writes: The Sifrei’s reference to the verse is merely an “Asmachta” [literally, “support,” i.e., a mnemonic to help us remember a Halachah by associating it with a verse, though the verse is not the true source of that law.]

Alternatively, continues RambaN, the Sifrei’s statement that serving Hashem with all one’s heart refers to prayer is teaching that we should pray to Him in a time of trouble, and that we should look to Him alone for salvation, as a slave is dependent on his master. We read similarly (Bemidbar 10:9), “When you go to wage war in your Land against an enemy who oppresses you, you shall sound Teru’ah / short blasts of the trumpets, and you shall be recalled before Hashem, your Elokim, and you shall be saved from your foes.” This verse teaches that it is a Mitzvah to cry out before Hashem with prayer and Teru’ah over every trouble that befalls us. King Shlomo alluded to this when he prayed at the dedication of the Bet Hamikdash (Melachim I 8:35-39), “Should the heavens be restrained and there be no rain, . . . if there be famine in the land, if there be pestilence, blight, mildew, locusts, or grasshoppers, or if an enemy oppresses [Yisrael] in any of the settlements of the land — any plague, any disease — for any prayer and any supplication any person of Your people Yisrael shall offer — each person knowing his own affliction — when he spreads his palms [in prayer] toward this House, may You hear from the Heavens . . .” (Hasagot Ha’Ramban: Asei #5)