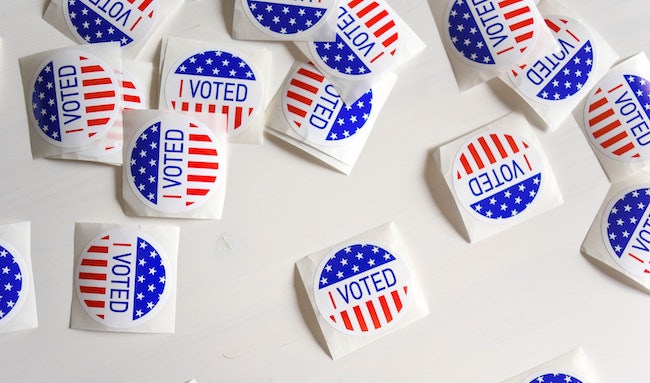 Be careful with authorities, for they do not befriend a person except for their own sake. They appear as friends when they benefit from it, but they do not stand by a person in his time of need.

This week’s mishna discusses the proper attitude we should have towards government authorities. Right from the start, it’s amusing to note that a number of commentators (Maimonides, Rabbeinu Yonah) were quick to point out that this mishna was written in earlier times when governments were corrupt and rulers despotic; the Sages would have never stated such in their own advanced and civilized times. There probably could not have been a better indication that these commentators did not live much better off (which historically was certainly the case). 😉

The message this week is self-evident. You remember the king’s Jewish finance minister of old? The ubiquitous Jewish money lender? All of a sudden, after x years of devoted service, the duke can no longer handle his debts and there goes the Jew’s records (as well as home) up in smoke. Or the king chooses the fast track towards raising revenue by exiling all his Jewish subjects (without their life savings). (I have basically just summed up a thousand years of Jewish history.) If things are going well, if the populace is more or less content, the Jew might be treated respectably. He is “useful” to the authorities. (Even in more recent times, when the Nazis “Aryanized” businesses and industries in Eastern Europe, it wreaked havoc on the economy. The Nazis were so obsessed they didn’t care.)

The important lesson for us, which unfortunately holds equally true today: We do our duty, we serve our states honorably, but we should never assume the Gentiles will be beholden to us because of what we’ve done for them in the past. “And a new king arose over Egypt who did not know Joseph” (Exodus 1:8) — and then the slavery began. (According to one opinion in the Talmud (Sotah 11a) it was the same old king; he just had a convenient memory lapse.) Forget about your impeccable track record. The world’s memory is very short indeed. In Exile, nothing is for certain.

And of course, our mishna is not only relevant in the despotic regimes of old, in which our lives and fortunes rested on the mercies of capricious and often antisemitic rulers. We know all too well today that even in the most free and democratic societies, where personal liberties and equal rights are sacrosanct, politicians are far from reliable. Only the rarest of politicians acts solely according to his own sense of justice, with no concern for his image and popularity ratings. We learned earlier in Pirkei Avos to “love work and despise high position” (1:10). Once a career politician wants high position — to wield authority over others — he is automatically suspect (so much for “noblesse oblige”). We must always maintain a healthy suspicion towards our elected officials: Will they keep their campaign promises after the election? Will they really be the friend of Israel they promised their Jewish constituents?

By way of contrast, Judaism itself believes in monarchy, (“You shall surely place on yourself a king…” (Deuteronomy 17:15)), and powerful kings ruled ancient Israel for centuries. There are, however, a number of curious qualifications to the Jewish concept of monarchy which are worthy of analysis.

On the one hand the king was all powerful. His rule was lifelong and irrevocable. As with most monarchies, his eldest son generally inherited his throne. The king was also above the law. He could not be made to testify nor be put on trial. (Good old presidential immunity. Well, the king was really supposed to be the kind who didn’t have to be put on trial.) He could conscript citizens into the army, forcibly tax the nation — both monetarily and corporeally, make use of private lands during times of war, and execute anyone who did not obey his commands — or whom he felt for whatever reason deserved death. The citizens were required to honor and fear the king, and the king was not allowed to forgo the honor due to him (Talmud Kiddushin 32b).

On the other hand the king was forced to be exceedingly humble. He was required to write a special copy of a Torah scroll which he would carry with him at practically all times (Deuteronomy 17:18-20). He was forbidden to amass wealth or arms more than necessary (ibid., verses 16-17), and he was not allowed to drink wine for the sake of intoxication. When he prayed, he was obligated to bow constantly before G-d, as opposed to the layman who bows only at certain points during the services.

It seems that Judaism recognizes that a nation requires a strong central authority. Democracy and checks and balances are excellent means of minimizing the corrupting force of power, but they are not the ideal. As the well-known quote from Winston Churchill goes, “It has been said that democracy is the worst form of government except all the others that have been tried.” Only an all-powerful king can unite the populace, take control of affairs, and right the wrongs of society — if he is only so noble. Courts and judicial systems are likewise poor upholders of justice. They set standards but cannot enforce them, and they can punish wrongdoers only with sufficient grounds and through due process of law. (The American concept of a jury of peers is a good indication of the sometimes ineffectuality of a justice system in a democratic society.)

And further, as we all know too well, democratic rulers must be popular. They must cater to the will and whim of the majority — regardless of how selfish, short-sighted, and uninformed that majority is. Thus, it’s often very difficult for democratically-elected officials to make the tough, far-sighted decisions a healthy nation truly requires. Only a dictator — a benevolent one but an all-powerful one — can see to it that law and order reign and that society develops the way it must.

(I once read a very wise editorial suggesting that what the Arab countries really need today are benevolent dictatorships. Democracy and universal suffrage are very dangerous institutions for populations which lack basic concepts of equality and personal liberty. One can easily see such nations democratically voting to power the most radical and fundamentalist of leaders (not so different from how Hitler was (somewhat) democratically elected), which will immediately proceed to initiate reigns of terror and fanaticism against their own citizens and minorities.)

(For a good treatment of these issues, see Artscroll’s overview to Megillas Rus (the Book of Ruth), Section III.)

At the same time, the king would not see himself as all-powerful tyrant, but as humble representative of G-d. He was invested with such power — and honor he could not forgo — not to consolidate his own throne, but to lead his nation to service of G-d. His mission was to impose G-d’s will on his subjects, not his own. His monarchy was truly an extension of G-d’s — the G-d before whom he constantly bowed. Further, the king’s earthly kingship was representative of G-d’s heavenly one. The nation, in honoring him, was in truth honoring the True King in whose presence he stood. Thus, the king had to be powerful, but he was constantly reminded what his power was all about.

And this is a message we sometimes lose sight of in today’s times of democracy and limited government. Governments do not exist only in order to protect individual liberties. Separation of powers is an excellent means of keeping human corruption in check, but it detracts from the notion of an Ultimate Authority before whom we must all prostrate. The Torah constantly reminds us to respect those superior to us — whether parent, Torah scholar or king. And the Sages compare the respect for such to the awe of G-d. Authority figures are important for us — for our own sakes more than for theirs. By looking up to others and treating them with respect, we are reminded of the Higher Authority above them all.

This may be foreign to many of my readers, but in many Orthodox circles rabbis and Torah teachers are addressed in the third person (“Could Rabbi X answer a question” etc.). To most of us this is the stuff of fairy tales — “his highness,” “his majesty.” The closest we come is perhaps in addressing judges as “your honor.” (Now and then I receive an e-mail (always from foreigners) addressed to “his excellency, Rabbi Rosenfeld” and the like. Now if my kids would only talk that way… ) 😉 We are hardly accustomed to such formality in an egalitarian society, in which everyone feels entitled to shake hands with the President. But there is something to be said for this. Only through looking up to people greater than we, through having role models of godliness, are we reminded that there is a G-d above and beyond them all, and that only through humility and subservience can we begin to form a true relationship with our G-d.