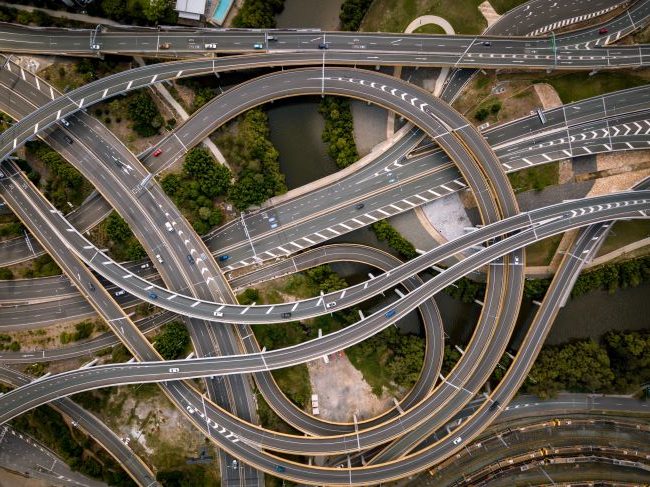 Chapter 2, Mishna 8: The Many Paths to Greatness

The original version of this class was written shortly after the passing of my beloved teacher and mentor, Rabbi Yaakov Weinberg (HaRav Shmuel Yaakov ben Yitzchok Mattisyahu), former Rosh Yeshiva of Ner Israel Rabbinical College, Baltimore, MD, under whom I studied many years. The class was dedicated in his memory, and I rededicate it to him now as well.

The theme of our mishna is clear. Many of the things we spend much of our lives attempting to acquire come with a price tag. We often assume that money, status and pleasure will provide us with happiness. The Rabbis tell us that such blessings are mixed at best. They will not last beyond the grave — and may very well take us there sooner. The more flesh a person accumulates the more food will be provided for the maggots after he goes — and of course, the greater the chance of health problems and heart disease along the way.

Likewise, the more property the more worries. As I once heard R. Yissachar Frand put it, it matters to him in not at all which direction the prime lending rate goes. (And for better or worse, here I am faithfully following in his footsteps. If you don’t have it, at least you don’t have to worry about losing it.)

Our mishna continues, “the more wives the more witchcraft” — as each wife will attempt to place hexes (magical or otherwise) on her husband’s affections. In the language of the Mishna and Talmud, co-wives are referred to as enemies or competitors (tsaros). (And of course, this is not limited to co-wives. The more a wife (or a husband) senses her spouse’s affections are not for her alone, the weaker the bond of matrimony and the less harmonious the resulting relationship. Let’s just call it a very uncomfortable situation if a husband appears to have better chemistry with his secretary or the neighbor’s wife — even if nothing serious will ever result from it.) Even though polygamy was not forbidden by the Torah, it was never ordinarily practiced in Israel. It has been under an almost universal ban authored by Rabbeinu Gershom of Germany since the early 11th Century.

To sum, most of the pleasures this world has to offer provide very little by way of long-term satisfaction. King Solomon wrote, “One who loves money will never be satisfied with money” (Koheles 5:9), and likewise advises, “Do not give your strength to women” (Proverbs 31:3). Pursuit of wealth and pleasure does not ensure happiness. It will only increase a person’s insatiable appetite for gratification. As we know, Judaism does not preach poverty or self-deprivation. We pray to G-d daily for livelihood and physical well-being. And we offer a blessing G-d for pleasures we are granted. Yet one who sees pleasure as an end goal rather than a means will be destined to a life of frustration, aggravation, and unsatisfied cravings.

Our mishna then turns to spiritual pursuits, stating that these are not only worthy and earn us our share in the hereafter, but they increase life, peace and happiness in this world as well.

It is worthwhile to note the contrast between this list and the previous. One might think many of the examples here would cause much of the same aggravation as the earlier examples. The commentator R. Yonah observes that Torah study is in itself a very stressful undertaking, especially for one who insists on full comprehension and clarity in his studies. The Talmud writes that a person acquires the Torah only through suffering (Brachos 5a). Likewise, the Ruach Chaim (commentary) points out that one might feel giving charity will drain his resources, forcing him to deny himself his pleasures and comforts. To such concerns our mishna writes that these will in fact result in just the opposite — increasing life and peace. No harm will befall one who “stresses himself out” in Torah study or who overextends himself just a bit through the giving of charity (both within reason, of course).

Lastly, as R. Yonah observes, a good name one acquires for himself, carrying it with him or her beyond the grave. This stands in direct contrast to wealth which we spend our lifetimes amassing — quite possibly only to have it fall into the hands of others.

“One who increases study increases wisdom:” My teacher R. Weinberg, may his memory be a blessing, once pointed out to me that some editions of our mishna have a different reading: “One who increases wisdom increases studying” (same words, opposite order). This rather cryptic phrase is understood by R. Yonah to mean that a teacher or yeshiva (rabbinical academy) that provides more advanced and intellectually-stimulating lectures will attract more students. Thus, the higher the level of wisdom, the more students and the more Torah study will result.

R. Weinberg pointed out to me that many yeshivas today base their curriculum on this premise. The subject matter taught is generally of the most intellectually-stimulating sort — all in the interests of attracting the most students and the greatest minds. Thus, many beginner yeshivas encourage their students — who have nowhere near mastered Hebrew and more basic Jewish texts — to begin Talmud study (along with its Aramaic vocabulary and its terse, scholarly style). And likewise, in more advanced yeshivas, the students are encouraged to delve into the most intense and intricate topics of a new volume of the Talmud after studying approximately one page of the volume. Rather than having the students first patiently and painstakingly master the entire volume, they jump into the glamorous stuff right away, even venturing to put forth their own novel interpretations of topics they’ve hardly been introduced to. And last, yeshivas generally study the volumes of the Talmud with the greatest scholarly potential, rather than more basic volumes which every practicing Jew should really study (such as Tractate Brachos on daily prayer and blessings and Tractate Shabbos on Sabbath observance).

The reason for all this is simple enough: People today lack the patience to really roll up their sleeves and work their way from the bottom up. If they were expected to, they would never go beyond the frustrating earlier stages and grow to appreciate our tradition for what it is. And so, we provide them with the nifty exciting stuff well before they’re really ready — for otherwise they would leave the yeshiva for greener pastures before their education ever got off the ground.

The case can also be made that there is a historical basis for this phenomenon. In the 19th century many other political, social and intellectual movements were vying for talented Jewish youth (Communism, Socialism, Haskala, Zionism, etc.). It was also a time in which universities began permitting the attendance of Jewish students in number (although quotas generally existed until quite recently). Yeshivas therefore felt a greater need to project a more scholarly, academic image and to demonstrate — quite correctly — that the Torah provides every bit as formidable and challenging an outlet for Jewish creativity.

But R. Weinberg added an important word of advice. Curiously, even an institution so sacred to Judaism as the yeshiva has a reactionary tinge to it. The curriculum has been devised in response to competing outside forces. And although there were valid grounds for this and the system is doing quite well as it is, we should never feel that the current approach is the one and only, the only true path to salvation. In fact, my teacher mentioned, he’s found that the people who have really made it big were the ones to see through the conventional and stake out their own path. As always, it’s the non-conformists who truly succeed. They are the ones who see through the limitations of an industrial-strength, one-size-fits-all educational system, discover their own star, and follow it.

And this is something we would all do well to keep in mind. As in many areas of Judaism, there is no one single, correct way. We should not feel we must conform to everyone else and adopt the identical study regimen in order to succeed. Nor should we just follow the beaten path, dressing and acting in ways which appear fashionable without really fathoming just what is right for our own souls. I find so many beginners who just assume that the more uncomfortable the dress of a Jewish group is, the closer to G-d its adherents must be. But our religious practice must not consist of looking over our shoulders, attempting to adopt the customs and practices of those who appear to have made it. Rather, we must know what is most conducive to our own religious growth — at every stage of our development.

Even in the hallowed study halls of our yeshivas there must be much room for individuality, for each student to discover the path most beneficial for him. For no single educational system, no matter how effective, can be tailor-made for the needs of every individual. For we at times must mass-produce education and social standards, but we can never mass-produce the path to greatness.