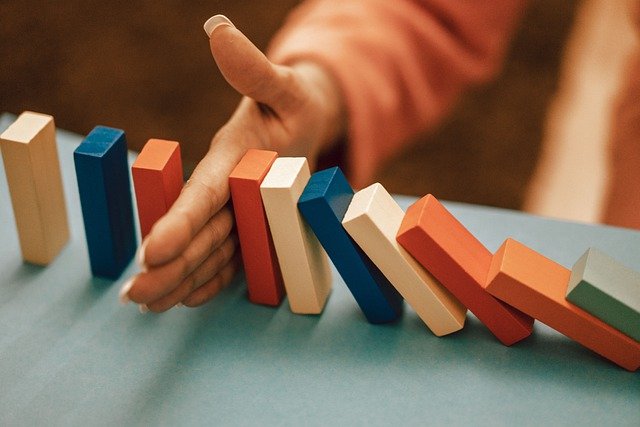 Chapter 2, Mishna 7: Spiritual Cause and Effect

He [Hillel] further saw a skull floating on the water. He said to it: ‘Because you drowned you were drowned, and in the end those who drowned you will be drowned.’

Hillel was the author of the previous two mishnas, as well as 1:12-14.

The basic theme of this mishna is that justice is always meted out to evildoers. Hillel saw a skull — severed from a body, implying the victim had met a violent death (R. S. R. Hirsch) — and immediately saw beyond it to the vicious cycle of violence and death which brought such tragedy into existence. The Mishna states, “With the measuring stick that a person measures he is measured himself” (Sotah 1:7). A person who is involved in violence and murder is likely to become a victim himself. He who lives by the sword dies by the sword.

There are, however, some obvious difficulties with such a principle. As we all know, innocent people are victims of homicides — tragically, almost routinely. Conversely, murderers often go unpunished and die natural deaths. At the very least, the first murder victim in the world (namely Hevel (Abel), son of Adam, see Genesis 4:8 — the world didn’t last very long without…) by definition could not have been a murderer!

The commentators therefore do not understand Hillel’s statement to be definitive or even all that literal. In fact, this mishna was stated in Aramaic, the spoken tongue of that period, rather than in Hebrew, the “official” language of the Mishna. It is also not stated in the typical format – “He said…”, but rather, “He saw this and said…” — implying Hillel was merely responding to the situation before him, speaking to himself in his own language.

It appears that Hillel was not making an “official” statement of policy: We certainly cannot state unequivocally that all victims of homicides were murderers themselves or that all murderers will be murdered. Rather, Hillel was reacting to the gruesome sight before him. He took in the experience and began to reflect: there is certainly some degree of G-d’s justice behind such an event — even one so clearly the result of human vice and capriciousness. As I noted above, R. Samson Raphael Hirsch explains that Hillel came across a human skull severed from a body and reasoned that the person must have been the victim of violent crime. (The Aramaic expression “you were drowned” may not mean killed by asphyxiation. More literally, it means “you were caused to float.”)

Hillel thus saw in this harrowing encounter G-d’s justice in this world. People are not killed randomly; G-d must have allowed it to occur. Although generally G-d permits free will in this world, with few exceptions He would never allow a person to be murdered unless that person had some degree of guilt on the Divine scales. G-d may not have struck the person down Himself: He is “slow to anger” (Exodus 34:6), giving man many opportunities to repent. Yet it was He who allowed the other’s murderous designs to be fulfilled. The victim must have in some way been deserving of his fate. The victim certainly might have been a murderer himself — this is the “textbook version” of the justice we would hope to see in this world and which Hillel conjectured might have been the case. Yet regardless, the victim must have had some degree of guilt — however indiscernible — and for that alone did G-d allow such serious crime to go unchecked.

Of course, we are touching upon a difficult theological issue. Why each victim “deserves” his fate is clearly beyond our comprehension. We will learn later, “It is not within our power to explain neither the tranquility of the wicked nor the suffering of the righteous” (4:19). But again, Hillel was not making an “official” statement. We can never truly say we “know” that all that occurs in this world is correct and an execution of G-d’s justice. All the same, Hillel, perhaps the greatest scholar of a great generation, used this certainly unnerving incident to reaffirm his own pure and simple faith in G-d’s justice — beyond even his comprehension. And our Sages felt it worthwhile to record Hillel’s reflections. Let all future generations know that even the greatest among us could not really explain the injustices he saw around him. In the most general way, yes, but no one can truly fathom G- d’s inscrutable ways. Nevertheless, Hillel accepted. He recognized his own limitations, took in the lesson, reaffirmed his faith, and most importantly, he moved on.

There is an even deeper truth behind Hillel’s statement as noted by the commentators. Hillel saw reward and punishment as not just some Divine act of retribution but as a cause-and-effect cycle. There is an interconnectivity between people and deeds in this world. One who commits a good or bad deed not only deserves reward or punishment but brings about a change in this world. This is true firstly in the most literal sense. Do a favor for your fellow or give him a cheerful greeting, and you will spread good cheer in this world — which your fellow will in turn spread to others. Conversely, introduce violence to your environs — kill another human being, start a gang war — and rage and callousness will be introduced. Respect for human life will deteriorate — and you yourself may become victim to the forces you have unleashed.

And no one is more vulnerable than the creator of the evil himself.

The victim was quite likely a murderer himself — and his murderers will meet the same fate themselves — for this is the direct result and by- product of evil unrestrained. Perpetrate evil in this world, make this world just a little bit less holy, and it may just come back to haunt you.

On this level, punishment is not simply some Divine decree — some magical promise of retribution for your sins. It is the very literal result of the evil you have perpetrated. There are spiritual laws of nature in this world every bit as much as there are physical. And this is what Hillel truly comes to teach us. He saw in this chance encounter the spiritual forces beyond which both initiated and were perpetuating this vicious cycle of violence. Violence begets violence, making the world ever a more violent place. Therefore, let none of us say his own behavior is his own personal business and should be of no concern to others. The Talmud writes, “All of Israel is responsible for one another” (Shavuos 39a). We all share this world together, and we all influence and are influenced by one another. Let us all strive together to make it a place of peace, godliness and the Divine Presence.