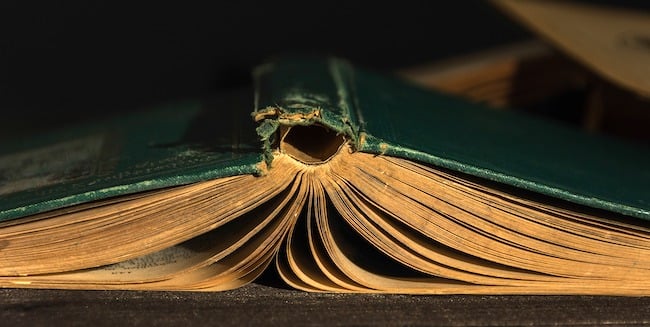 The advice of this week’s mishna, though perhaps not immediately evident, is clear upon careful consideration. Only one who possesses “fear of sin” – – a profound awe of G-d and His commandments, will study the Torah with the proper frame of mind. He will study with reverence and take the Torah’s wisdom to heart — and so, “his wisdom will endure.”

One, however, who does not possess the requisite fear of G-d, will not take his study sufficiently seriously. He might find the Torah intellectually stimulating or a fascinating curiosity, but if it is not “life” to him, it will not fully be internalized. And the Torah will not change his essence. We cannot expect to study Torah and magically be transformed into more conscientious and spiritual human beings. It is hardly so simple. It is true that the Torah may very well work its magic on us — far better to study without the proper motivation than not to study at all — but there is no guarantee. We will certainly find insight and inspiration in the Torah’s wise words, but our knowledge will not truly “endure”.

There are additional reasons why the Torah study of a person who fears sin will stay with him. We are all familiar with the selective nature of our memories. Information which we studied without any real motivation — that final we had to cram for the night before — left us as quickly as it came. Knowledge which we found interesting and relevant, however, does find a place in our memory — even if as convoluted as the average number of third down conversions against team x in the fourth quarter of Monday nights home games played in the last seven years. (I love how these sports announcers rattle off the most obfuscated facts.) 🙂 We have to be interested in what we study for it to stick with us. Likewise, a Torah lecture, no matter how profound, inspiring, witty, engaging etc., will never make us into better people unless we have some spark of self- motivation upon which the words can build. The Talmud writes similarly: One learns only a Torah topic which interests his heart (Avodah Zarah 19a).

Here, however, R. Chanina asks for more than that we be interested in what we study. We are told that we must fear before we study. We must approach Torah study with an element of fear. It is not sufficient that we find the Torah heartwarming, fascinating and inspiring — that it gives us a warm, fuzzy feeling. It, as well as Judaism as a whole, certainly should and does, but there is far more to it. We must also approach Torah study with a sense of awe — and of dread. We must recognize the importance of following G-d’s word and the dire consequences of falling short, misunderstanding or misrepresenting. We should be afraid to take matters of Jewish law into our own hands or to render judgment on the Torah or the words of the Sages. The Torah knowledge we have acquired should scare us: will we live up to its standards? Yet we should be even more afraid of not knowing, and certainly of forgetting.

This in the final analysis is the prime guarantor we will study and remember. A person cruising at an altitude of 33,000 feet will be rather anxious that he understand the “how to fly a plane” manual in his trembling hands. Interest and enjoyment are valuable tools for holding one’s attention, and as above, we should study what most piques our interest. However, we should not wait for inspiration. Excitement will wax and wane; it will not provide a steady source of commitment. Our daily devotion to Torah study must stem from our sense of obligation — of fear – – to know the word of G-d. Only that will ensure that we study consistently and commit to memory.

Likewise, King David was faulted by the Talmud for his ecstatic reference to the Torah in: “Your statutes were music to me” (Psalms 119:54). For this G-d was critical of David: How can you call My Torah which is so easily forgotten (emphasis mine) “music”? (Sotah 35a). True, Torah study is exhilarating and thrilling. It has provided joy and inspiration to myriad generations of Jews who had little else. And King David perhaps had the most difficult and tragic life of all. But if we think of Torah study only in terms of the excitement — and not in terms of the obligation — we may well seek greener pastures as the euphoria fades.

Our mishna, however, is not simply discussing whether a person will remember his Torah study. It is discussing whether his knowledge will “endure” (“kayam” in Hebrew). Will his wisdom become a permanent part of him? Will it shape who he is? And this is far more profound than simply remembering facts. As we’ve discussed in past weeks, one can “know” all sorts of great and profound things — he can see G-d and all His wonders close up — and hardly become a spiritual person on that account. Knowing too much might even scare him away — or drive him to vehement denial. For a person’s wisdom will endure only if his “fear of sin” precedes it: if he is sufficiently spiritually prepared to absorb it and grow into its messages.

I once heard R. Berel Wein explain this midrash homiletically: If someone tells you there is wisdom among the nations, believe it. If someone tells you there is Torah among the nations — i.e., that that wisdom is making them into more spiritual, godlike people — do not believe it. Knowledge alone does not make for “better” people. It only makes for smarter, perhaps more cunning and devious people. Only spirituality — the messages and wisdom of G-d’s Torah — can profoundly change people. R. Wein proceeded to illustrate this with a statistic provided by noted historian Martin Gilbert in his masterpiece The Holocaust: Fully one third of the commandants of the Nazi death camps were either MD’s or PhD’s.

And this is because intelligence and schooling do not change people — not their natures. Wisdom provides us with an additional tool — a two-edged sword — which, as all other things in this world, may be used for good or for evil. To grow in spirit as well as mind requires a certain mindset, a sense of obligation to a Higher Authority and an absolute code of ethics — what our mishna here refers to as “fear”. (Of course, sincere Gentiles are capable of this as well; the Sages were speaking in generalities.) For knowledge — whether a little or a lot of it — is a dangerous thing. If we want it to endure we must well know why we are pursuing it and just where we intend to go.