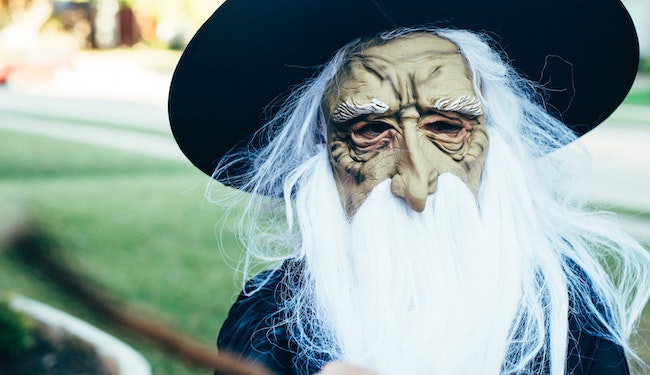 Rabbi Elazar of Modin said, one who desecrates sacred objects, one who disgraces the festivals, one who shames his fellow in public, one who annuls the covenant of our forefather Abraham, or one who interprets the Torah not in accordance with Jewish law — even if he has Torah [study] and good deeds, he has no share in the World to Come.

This week’s mishna lists a number of concepts central to Judaism, stating that one who fails to accord them the proper reverence will lose his share in the World to Come. This will require some analysis. Why these five concepts in particular, and why so devastating and total a punishment? There are many types of sinners, and virtually all — except a chosen few – – ultimately merit at least some small share in the World to Come. “All of Israel has a share in the World to Come,” proudly promises the Mishna (Sanhedrin 10:1). What is so exceptional about these individuals — more than the murderer, adulterer, Sabbath-violator, etc.? First, however, I would like to explain each of the five cases of our mishna in its own right.

(a) “One who desecrates sacred objects” refers to a person who does not treat sacrifices or Temple articles properly, in particular by willfully causing a sacrifice to become invalid or ritually unclean (through direct or indirect contact with a corpse or certain other unclean objects).

(b) “One who disgraces the festivals” is one who treats them as ordinary days. The commentators understand our mishna to be referring to Chol HaMoed, the intermediate days of the festivals of Passover and Sukkos (Tabernacles). Passover is a seven-day festival, in which the first and last day are Yom Tov — sacred days similar to the Sabbath. (Outside the Land of Israel, Passover is observed for eight days, with the first two and last two days sacred.) Sukkos likewise is an eight (or nine) day holiday, with the first and last day(s) sacred. The intermediate days of these holidays are neither Yom Tov proper nor wholly mundane. In Jewish law, they are accorded a semi-sacred status, in which most labor is forbidden but with several exceptions. (“Chol HaMoed” translates as “the non-sacred of the holiday.”)

The commentator Rabbeinu Yonah explains that the mishna did not need warn us of the Yom Tov portions of the holidays. Everyone knows of their sacred nature. Everyone has a Passover Seder (this being virtually the last Jewish observance to be cast off by the marginally-observant). However, the intermediate days are far more often neglected. Many of us know how difficult it is to take off time from work or school on account of religious holidays. In the fall in particular, Sukkos immediately follows Rosh Hashanah and Yom Kippur (for good reason, of course — which we won’t get into here). Having taken off so many days already, who has the luxury of taking off Chol HaMoed as well (or even the guts to ask the boss)? However, these days must not be taken lightly. They are a part of our holidays and provide their own opportunities for spiritual growth.

My personal feeling has always been that once a person goes off to work on Chol HaMoed, even if he shook a lulav (palm branch) in the morning or brought in a matzah sandwich for lunch, the day quickly reverts to life as usual and loses any sanctity it had to offer. Offices are very uninspiring places. They are often cordial and friendly, but in a sterile and certainly nondenominational manner. They offer very little in terms of true religious inspiration — or even of just being ourselves rather than the organization man.

By the way, needless to say I am not writing this as a definitive statement of Jewish law. There are possible leniencies in going to work on Chol HaMoed, and every G-d-fearing individual should consult his local rabbi. But to act as if there is no difference between this and other days — not to even consider taking off — that our mishna cannot countenance.

(c) “One who shames his fellow in public” needs no explanation. Religion aside, one who publicly humiliates another has little or no soul of his own. The Talmud writes that publicly embarrassing someone is tantamount to murdering him. When one Talmudic sage stated this, a second one concurred, saying that when a person turns pale, “the red leaves and the white comes” (Bava Metziah 58b). Causing another’s blood to rush from his face is no less an act of bloodshed.

(d) “One who annuls the covenant of our forefather Abraham” refers to one who refuses to be circumcised or who hides the fact that he is. (Circumcision was a mitzvah (commandment) given specifically to Abraham — the first mitzvah commanded upon the nascent Jewish nation — and through which G-d sealed His covenant with Abraham and his descendants. Thus, the terminology here and in many places — “the covenant of Abraham;” see Genesis 17.)

With this the Rabbis likely had in mind a contemporary practice, prevalent during the period of the Greek and Roman Empires. The Greek Olympics and other athletic activities were performed in the nude. The Greeks, in their worship of the human body and physical beauty (they were even so shallow as to see their gods as supermen), would not allow people with mutilated bodies, such as the circumcised, to participate. (No Special Olympics in those days, that’s for sure. We all learned how in Sparta they left the less-than-healthy babes out to die.) Aspiring Jewish athletes, in an effort to obtain entrance into the contemporary culture, would undergo an operation known as “stretching the foreskin.” Such a desperate (not to mention painful) attempt at hiding one’s Jewishness in order to be “fashionable”, was condemned by the Rabbis in the harshest terms. We have so little to be proud of that we would go to such horrific extremes just to conform?

Circumcision contains within it a deep significance. Far from being a hygienic procedure practiced by a desert-dwelling tribe, it was a commandment from G-d to Abraham, the first given to the Jewish people, and so the first and most prominent distinguishing symbol of Israel. G-d referred to it as the sign of a special covenant between Himself and Israel (Genesis 17:11), and said that through it Abraham would be “complete” (v. 1). (The word “covenant” in fact appears 13 times in Genesis 17 — as noted by the Sages), What is so unique and distinguishing about this one mitzvah?

On one level, circumcision represents the sublimation of man’s strongest passions towards a higher purpose. We do not live for ourselves — not on any level of our existence. Israel is G-d’s special nation, and our passions, our drives, our bodies, and our very lives are devoted to our Creator. This perhaps above all else is the defining and distinguishing characteristic of the nation of Israel.

But there is a deeper idea as well. By circumcising ourselves, we state that we are not entirely creatures of this world. We must “improve” ourselves before we are ready to begin life. For we are not merely the physical beings we were as we came out of the womb; we are not truly beings of this world at all.

The rest of mankind, as part of the natural world, is quite at home the way it was created. G-d’s handiwork is perfect; there is no need to “improve” upon it through circumcision. G-d made the rest of mankind in its correct form. Man may live in his natural and pristine state — and in harmony with the world at large.

But Israel is different. We are not physical beings alone. We take our natural physical form and transform it into something just a little bit less physical. And this is because our mission is not simply to live in this world. We are to strive for something infinitely higher. Abraham was not “complete” without circumcision. As a physical being he certainly was complete, but he was to become something far greater — a new and different sort of being altogether. And we too must live for something higher. Our goal is not merely to live in this world but to transcend it. We have enormous and awe-inspiring heights to scale. We may now aspire to be creatures of spirit and of a higher plane. And we will never again entirely fit in the world of man.

For this reason, Jews have always had a sense that there is something particularly sacred about circumcision. Even Jews who have lapsed from almost all other religious observance hold it dear. (In general, lifecycle events, relating to birth, Bar Mitzvah, marriage, and death, increase our awareness of our immortality and are approached with due reverence.)

Finally, considering all the above, someone who sacrifices a ritual so sacred, one which so wholly exemplifies our existence as servants of G-d — for the pathetically inexcusable reason of currying favor with the Gentile society at large — can tragically be said to have placed this world before the next. We all sin and make mistakes. But to refuse to accept the basic premise of what it means to be a Jew — sadly, such a person deserves inclusion in our mishna’s list.

(e) “One who interprets the Torah contrary to Jewish law” is one who studies Torah but who concocts his own explanations, regardless of whether or not they are consistent with the tradition handed down to us from Sinai. He may find Torah study enjoyable and intellectually stimulating, but he is clearly not studying it to fulfill G-d’s will or even to find out what that will is. Stated frankly, he does not care about G-d. And admiring the Torah and the words of the Sages with little reverence for their Giver separates them from their source and removes any and all spirituality they may have had to offer.

Next week, G-d willing, we will begin to examine the connection between the five cases above — and will hopefully uncover just a small degree of their deeper significance.