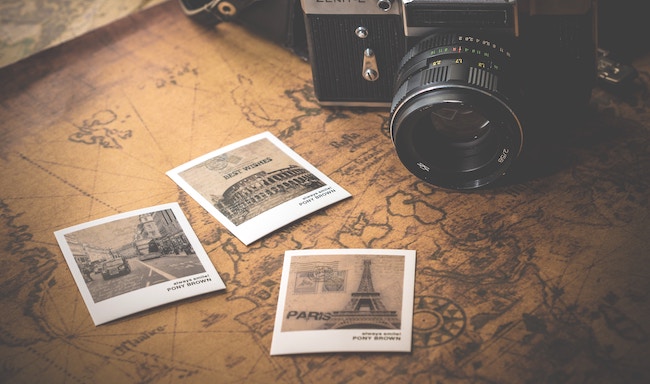 There are four types of students (lit., among those who sit before the Sages) — a sponge, a funnel, a strainer, and a sifter. The sponge absorbs everything. The funnel brings in on this [side] and brings out on the other. The strainer lets out the wine and retains the lees. The sieve lets out the flour dust and retains the fine flour.

This week’s mishna discusses four types of students, basically in terms of their ability to retain the knowledge taught to them. The sponge retains everything, but is unable to distinguish between correct and incorrect points (Maimonides and Rabbeinu Yonah) or between significant and insignificant ones (Rashi). The funnel is the one for whom information goes in one ear and out the other. The strainer discards the wine — the significant material, and retains the lees — the incorrect or insignificant points. He’s the sort who remembers all sorts of trivial, useless details of the material he studied, but has no idea he’s in a forest. Finally, the sieve retains the fine flour — the significant material, and discards the dust — the inconsequential details.

At first glance, one might think that the sponge, with his flawless memory, is the superior student. But our mishna, as well as the commentators, make it clear otherwise. The job of the Torah student is not simply to remember and regurgitate everything he has learned. One who just receives information and does little with it — other than swallowing it whole — has actually accomplished very little.

In the times of the Talmud there were students with exceptional memories whose task was to memorize and recite mishnas and other source material before the Sages. They were known as “tanna”s — those who learned or repeated. They fulfilled an enormously important task for the Sages — at a time when much of our tradition had not yet been committed to writing. However, they were hardly the leaders of the generation. The true masters of the Torah — and by natural extension the Jewish people — were those who were able to take the material of the Talmud, organize and structure it in their minds, and apply it to new situations — as well as impart it to others.

And in this, an exceptional memory could almost be a detriment. The sponge has no difficulty remembering everything. Therefore, he feels no need to sort through the material, identifying which points are significant and why. He just swallows the entire subject whole — digesting very little of it along the way. The sieve, who cannot — nor wants to — absorb everything must think through a subject fully, carefully weighing the significance and relative worth of each argument. In the end, his knowledge will be less encyclopedic but will have much greater depth and penetration. Most important — and this relates to our previous class — he will have put much greater effort into his understanding. His knowledge was not so easily attained and is not so superficial. It resulted from a much more focused, directed search — and will thus become a much more profound part of his being.

In this vein, we should note that the commentator Rashi, as quoted above, explained our mishna slightly differently from the other commentators. The others faulted the sponge for not distinguishing between incorrect hypotheses and correct conclusions. (Talmud study often involves much conjecture and refining of concepts before bringing an issue to clarity.) Clearly, wrong hypotheses are faulty and should be discarded. Rashi, however, explained that the sponge does not distinguish between significant and insignificant facts. This is because the truly great student need not remember every detail of a topic. Great sages are not walking encyclopedias. They do, however, see the depth and profundity of the Torah in all its breathtaking beauty. And through this they become transformed — into thinking, understanding human beings — and into true Torah personalities.

Thus, G-d “blesses” us with far from perfect memories. G-d knew what He was doing when He created us. I imagine it would have been easier for Him to create human brains which do not forget. Why not just give us umpteen terabyte hard drives? Once the data is loaded, it is there to stay. We can create such data-storage devices; can’t G-d?

In reality, however, it was a far meaner feat creating the concept of “forgetting” — with those hazy and selective memories we’ve all come to know and love. Just imagine, your fellow insults you, you lose a loved one, and you never forget! (Now, some of us are married to spouses who actually never do forget!) 😉 How would we go on with life? The pain, the loss would be there before us eternally. (For that matter, geniuses are often eccentrics for a variety of reasons…)

But again, forgetfulness is not only an emotional tonic. G-d created us of limited capacity for a reason — and a critical one. We must work if we want to understand G-d’s Torah. And further, unless we’re walking encyclopedias, we’ll have to carefully weigh and sift the material we do learn. Read a lecture, study a section of the Torah. At the end, you must go back: What are the truly significant points here? What am I to take from this? Summarize it in your mind — or even better, on paper. I will not remember every word, but what do I want to retain?

(To briefly harp on a point above, it is a known phenomenon that of the great geniuses born to the Jewish people — and we’ve certainly had our share — many have, shall we say, not really turned out. Such people tend not to take life all that seriously. They were never truly challenged; they never had to struggle. And they often just never really acquired what it takes to achieve in life. And equally tragic, the Torah they do study does not seem to penetrate very deep. It’s knowledge; they might have mastered it, but it never quite became a part of them. A Torah scholar recently commented to me that the person considered to be the greatest Talmudic genius today (I don’t know who he was referring to — just that it wasn’t me) is not very much of a committed Jew.)

We must thus always see what is significant — in both our studies and in life, hone in on the key points, and work to internalize them. Our Torah study will then be the result of careful and concerted effort: it will not and should not come easily. The end result will be not only a knowledgeable Jew, but one who views Torah and the world in all their greatness and profundity.