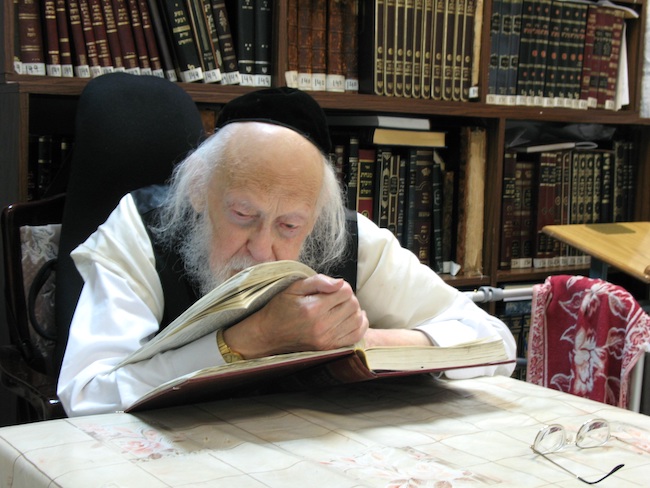 This week’s mishna contrasts people in regard to their study hall attendance. Before we begin, R. Samson Raphael Hirsch points out that in the time of the Mishna the Oral Tradition had not yet been committed to writing. (The Mishna in its present form was formalized only at the end of this period by Rabbi Judah the Prince (R. Yehuda HaNasi), c. 200 C.E.). Thus, the Torah was typically studied publicly and orally, at first from teacher to student and then discussed among the students. This in itself increased the dynamic, engaging nature of Torah study, contributing to its becoming the living wisdom it is today. Conversely, the possibility of any sort of advanced level of study in private was severely limited. (I hear regularly today from people in the far corners of the earth who never entered a synagogue in their lives, yet who dedicate long hours studying from an enormous assortment of on-line material.) Thus, our mishna views one who does not attend a place of study as one who has very little serious involvement in Torah study — beyond what he has been taught already and the little he can deduce on his own.

Our mishna categorizes people in terms of going to study and “doing”. The term doing is not entirely clear. It would seem to refer to what the person does after he arrives at the study hall. But if he does nothing, of what value is the traveling?

The commentator Rashi explains that one who does not do is one who listens to the lectures of others but does not actively study himself. He is rewarded for the “traveling” — going as well listening to others, but not so much for the “doing” — vigorously endeavoring to understand himself.

This is a key distinction in the eyes of the Sages, so much so that one who merely passively attends lectures is viewed as having accomplished little more than traveling to a place of study. The travel was his primary effort; sitting back and listening to someone else lecture is almost the relaxing part (bringing great heaviness to the eyelids, as we all know). True Torah study is something much grander and more intense. The Sages view achievement in Torah as coming through exertion alone.

Numbers 19 discusses certain laws of impurity relating to corpses. Verse 14 states: “This is the Torah [law]: If a man dies in a tent, anyone who enters the tent… becomes impure for seven days.” Taking the part of the verse, the Talmud comments: “This is the Torah — if a man dies:” Torah is only acquired if a person kills himself over it (Brachos 63b). Torah knowledge cannot be acquired passively. Although the initial knowledge will always come from a scholar or sacred text, understanding the material is not where the effort ends; it is where it begins. The student must then analyze, review, and internalize — often with the help of study partners and colleagues. Only then will the Torah knowledge become his own.

There is a much higher goal required of us in Torah study than the basically passive task of absorbing information. We learned earlier that ideally one should study in order to “do” (Chapter 4, Mishna 6). This certainly sounds like an active accomplishment — not unlike the “doing” of our mishna. What does it mean to study in order to do?

We explained there that studying to do does not mean in order to know how to fulfill the commandments. Most of the texts we study discuss laws and practices which have little or no relevance to our daily lives. Further, that would have Torah study as a means alone, while in truth it is an ends — and an ends like no other. Ideally, we study not merely to know, but to “do” — to make a change in ourselves and become different people. We study Torah to gain an understanding of G-d’s wisdom, and ultimately to understand and develop a relationship with G-d Himself. This requires an enormous degree of exertion, devotion and submission before G-d’s infinite wisdom. We build that relationship when we master and internalize the Torah — when it enters our hearts and minds — transforming our very beings into Torah personalities.

Thus, our mishna tells us that one who merely attends Torah classes but does little to internalize the wisdom is lacking in the most critical aspect of Torah study. He has traveled to a worthy location, and he is certainly in good company. Far better to relax with words of Torah than in front of a TV screen. But his study has at best only begun. What does he do after the lecture? Does he build on his new-found wisdom, deepening and expanding his knowledge? Does he apply it to himself? Or does he move on to greener pastures — unwilling to put in the true intellectual effort required for accomplishment in learning?

Over the years I have both observed and been involved in many Torah study programs geared for the wider community, and they have invariably foundered on this point. It is not so difficult to attract people to an enticing Torah lecture — in which a lively, engaging speaker selects some fascinating / amusing / timely topic and entertains an audience for an hour. People are more than willing to sacrifice the boob-tube for an evening to attend a Torah lecture (depending, of course, on the prime-time showings that night and the current pro-sports season) — and only some of them will doze. But when these programs invite people to actually learn for themselves — say to be paired off with an advanced study partner, the casually interested quickly fall away and pitifully few remain.

This, however, is our ultimate task when it comes to Torah study. Torah study cannot be viewed as a pastime — something one does without serious commitment and gut-wrenching effort. Sitting back and expecting to be taught — that everything should be figured out by someone else and spoon-fed to you — will hardly create a knowledgeable Jew, let alone a Torah personality. And this is for the all-too-simple reason that G-d gave us the Torah not merely as a code of laws and ethics. It is a tool: for seeking and discovering G-d and His truths, and in so doing discovering ourselves. And it must be done by us alone. G-d will not come to us, nor can anyone else truly bring Him to us. We, and only we, can take possession of the Torah, making it — and G-d — a part of our lives.