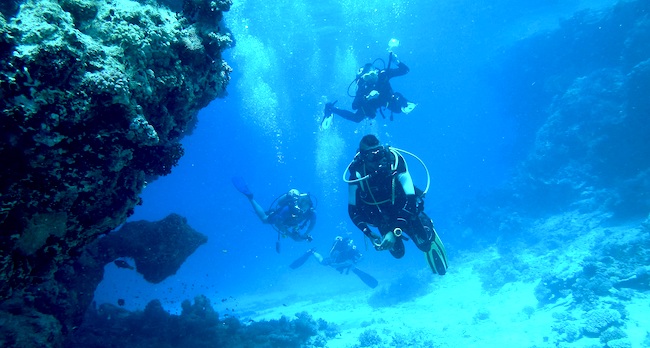 Ben (son of) Bag Bag said: Turn the Torah over and over for everything is in it. Look into it, grow old and worn over it, and never move away from it, for you will find no better portion than it.

Perhaps the first striking point of our mishna is the name of the author, ben Bag Bag. In the next mishna we will come across yet another peculiar name — ben Hai Hai.

The Talmudic commentator Tosafos (Chagigah 9b) explains that both these men were converts to Judaism. Their names were nicknames — complimentary ones (even if they don’t sound so). All converts are considered the children of Abraham and Sarah — the original and quintessential converts to Judaism. When Abraham and Sarah discovered G-d, they did not keep the knowledge to themselves — as did the few others great individuals of their time. They began teaching others about G-d, making it their life mission to spread the awareness of G-d — a single, just, moral — and personal — G-d to mankind. In doing so, they forewent the sheltered, private lives of piety that might have been theirs, instead devoting their lives to mankind and to G-d.

G-d in turn “promoted” Abraham and Sarah, awarding them with new names to reflect this. Abraham and Sarah would no longer simply be individually great people. They now became people of the world — and G-d’s special emissaries to mankind. Abraham’s name was originally “Avram” — father of the nation of Aram. G-d changed it to “Avraham” — father of a multitude of nations (Genesis 17:5). Sarah was originally Sarai — my noblewoman, and became Sarah — the noblewoman (to all) (17:15). In devoting themselves to the entire world, Abraham and Sarah exceeded the bounds of their original missions. They would now be leaders of all mankind. And their descendants — the Jewish people — would continue their mission to the world — living and preaching the message of G-d to all those willing to hear.

Thus, all who convert to Judaism, during any age, are in a very real sense the children of Abraham and Sarah. They heeded the call originally heralded by Abraham and Sarah — and reverberating till this day. They saw truth and followed the footsteps of the world’s original seekers of truth. (In Jewish law, converts, who have severed themselves from their flesh and blood parents, are granted the Hebrew names X ben Avraham and ben Sarah — something I would consider extremely good pedigree.)

Our mishna’s primary point is that Torah study is not a topic that can be relegated to a single time or age. We must study the Torah constantly throughout our lives, returning to it and reexamining it as we progress through the stages of life. As R. Samson Raphael Hirsch points out, although we learned in the previous mishna that the age of five is to study Scriptures, ten the Mishna etc., then eighteen for marriage and twenty to earn a living, one should not think that as the obligations of life increase, Torah plays less important a role. Torah study must be the mainstay of our lives; our lives must continually reflect its teachings and values.

One of the most fascinating aspects of Torah study is that it is a subject we never “complete” but return to our entire lives. As I’ve heard R. Berel Wein observe, in secular studies a student will typically complete a course of study and progress to the next level. Once a student passes Calculus I, he puts it behind him (presumably having gained something in the process) and moves on to Calc. II. Not so with the Torah. Year after year we study the same Scripture — the same stories of Creation, Noah, Abraham, the Exodus — each year understanding just a little bit more than we did in the past. The Torah was meant to be studied in this manner. The youngest child will revel at the uplifting and inspiring stories of our ancestors, while the greatest scholar fathoms the true depth and profundity of each verse. The Torah is infinite. No one fully fathoms it, yet neither is anyone entirely removed from it.

This is a message we must keep in mind as we approach Torah study throughout our lives. Torah study is an ongoing and never-ending process. We must approach it with the same sense of freshness and challenge as we grow and mature — never feeling we’ve “mastered” it already or know what it has to offer.

R. Yaakov Kamenetzky, one of the leaders of American Jewry in the decades after the War, wisely observed that we are first introduced to Scripture — “Bible stories” — at the age of five or less, and tragically, some of us continue to understand our forefathers on the level of a five year old. Adam rebelled against G-d to eat an apple (Was it really an apple?), Isaac was a blind old man deceived by the wily Esau, Jacob “stole” the blessings from his brother, Jacob openly favored Joseph over his brothers (too bad he never took any parenting classes), the brothers attempted to kill him, etc. Such stories may thrill and entertain our children, but we must quickly outgrow the childish versions of our forefathers we were once introduced to, instead relating to them according to the wisdom and maturity we have attained. As we ask, delve and analyze, stories which were once simple, straightforward — and shallow — now become worthy of deeper analysis — and reveal much greater truths. The Torah’s wisdom is eternal and unchanging. But as we grow and experience life, we will continually discover new insights and lessons, tailor-made to guide and inspire us throughout every stage of life.