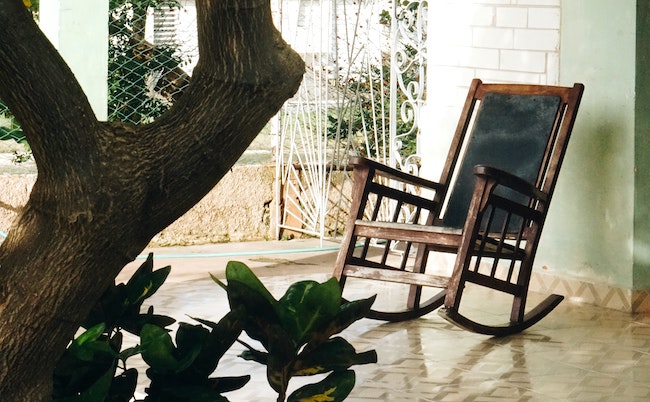 “In her wisdom, the woman then went to all the people and they cut off the head of Sheba ben Bichri and threw it to Joab.” (II Samuel: 20:22)

The following essay is the last in our series exploring the wisdom of women in the Book of Samuel:

The story of Serach bat Asher – whom II Samuel refers to as “a wise woman” – is one in which limited violence becomes the legitimate consequence of wisdom. With her own city under siege, Serach bat Asher negotiates a price of one man’s death in exchange for the safety of an entire population. While her success is admirable, the ability to facilitate someone’s beheading is not necessarily something with which we identify. More inspiring perhaps is Serach bat Asher’s ability to use Torah as a basis for clarity and control in a life or death situation. This ability ultimately saves Jewish lives.

Serach bat Asher lives at a time when David is king of the Jewish nation.

II Samuel (20:1) relates that a man by the name of Sheva ben Bichri rebels against David’s kingship:

“There happened to be a certain base man by the name of Sheva ben Bichri, a Benjamite; he sounded the shofar and said, ‘We have no part in David and we have no heritage in the son of Jesse!’ ”

Sheva ben Bichri and his followers seek refuge in the city of Avel and convince its inhabitants to support their rebellion. David and his general, Joab, surround the city in order to capture Sheva ben Bichri, however, they do not yet know that the population has become loyal to him. At this point in the narrative, II Samuel (20: 16-19) introduces Serach bat Asher, a “wise woman” who calls to Joab from within the city ramparts:

“Are you Joab?…Hear the words of your maidservant…[Your men] should have spoken at the start, saying, ‘Let them inquire in Abel [about surrender],’ for they would have made peace. I [represent] the loyal, faithful people of Israel. You are seeking to annihilate a city and a metropolis in Israel! Why will you swallow up the heritage of Hashem?”

Commentators tell us that the wise woman confronts Joab with the fact that, in besieging Avel, he has not given the city a chance to surrender peacefully – and that in so doing he has transgressed Torah law. She challenges Joab’s very credibility as a man of Torah by asking him, “Are you Joab?” Rashi on this verse states that the wise woman is suggesting, “Are you the great Joab, of whom it is said, ‘He sits in the assembly, a man of [Torah] wisdom?’ If so, you should have followed the procedure outlined in the Torah for besieging a city!”

Joab explains to Serach bat Asher that the city will be spared if it turns over Sheba ben Bichri. She responds with, “Behold, his head will be thrown to you over the wall!” The Torah tells us that Serach bat Asher returns to the people of Avel and, “in her wisdom” convinces them to behead Sheba. This is a particularly daunting task, given that he is a kinsman of Avel, having originally come from the territory of Benjamin, in which Avel is located.

With what words of wisdom, then, does Serach bat Asher persuade Avel to betray Sheba ben Bichri, their kinsman, and what do her words teach us? Commentators offer various explanations, but they all agree that Serach bat Asher argues in favor of David’s kingship, on the basis of his appointment by God – and against Sheba ben Bichri as a rebel against both earthly and heavenly thrones. Rashi (paraphrasing an opinion in the Tosefta, a companion to the Mishnah) states that Serach bat Asher confronts Avel with the fact that in protecting a traitor they become his accomplices, and may thus be killed along with him. As such, they are permitted to hand him over in order to save their own lives. Another opinion in Tosefta explains that Serach bat Asher simply informs her townspeople that, according to Torah, Sheba deserves the death penalty for rebelling against the kingship of David.

A third opinion, based on the Midrash (Mahari Kara) suggests that the wise woman employs a more indirect means of achieving her goal. She tells Avel that Joab has demanded execution of one hundred citizens, in exchange for the safety of the rest. When Avel refuses, Serach bat Asher pretends to have “bargained down” Joab to a point where he will accept the death of only Sheba. This approach gains Avel’s consent.

Having summarized the story of Serach bat Asher, we now return to the question of how one may relate to and learn from an event that seems so far from our own realm of experience…

We live in a world of seemingly parallel realities where, in any given situation, people have their own interpretation of what is really going on. This can be disorienting, because it erodes our ability to bring together a clear understanding of an event with a sense of when and how to effectively respond to that event.

The story of Serach bat Asher – while it does not take place in our day – is a case in point. An entire population becomes loyal to a traitor and they risk their own lives for the sake of protecting him. The people of Avel – all of them allied to Torah – believe they are doing the right thing, based on a law that compels a group of Jews to protect another Jew. They overlook, however, the fact that in this case the Torah obligates them to turn over Sheba ben Bichri. This is because the opposing side has asked for him by name, is willing to spare the rest of the group in return for this specific individual and as a rebel to the kingship of David, Sheba is liable to the death according to Torah law.

In the midst of a difficult situation and under the pressure of siege, Serach bat Asher, alone, is able to grasp what the Torah wants of her and her fellow townspeople. What’s more, she has the courage to confront and convince the group about what the Torah expects them to do with Sheba ben Bichri’s life – and their own.

By using her knowledge of Torah, and timing her dispensation of that knowledge, Serach bat Asher successfully navigates and ultimately resolves the delicate issues behind the standoff between Joab and Avel. On the one hand she explains to Joab that, although he is right to consider Avel’s citizens as traitors because they support Sheba ben Bichri, he has not fulfilled his obligation to exhaust all possible peaceful solutions, before laying siege to the city. This argument prompts Joab to clarify his intentions and to request only Sheba ben Bichri. Having secured Joab’s request, Serach bat Asher then turns to Avel and helps them to understand why they should turn in Sheba – and why this decision is right according to Torah.

The women we have explored in the Book of Samuel use Torah as an antidote for the confusion that can be so much a part of daily life. Looking back at Avigail, Michal, the Wife of Pinchas, the Woman of Tekoa and Serach bat Asher, we see that their wisdom is a product of their connection to an overarching Truth that transcends individual perception and opinion. Wisdom in this sense is not confined to high I.Q., business savvy or other standards of conventional intelligence. Rather, it is more closely allied with a commitment to do the right thing, according to Torah, and an ability to put aside one’s own fear, inhibition and personal opinion for the sake of that commitment.

« The Woman of Tekoa: A Proper Use of Personal Talent
Jewish Women and the Path to Redemption Part I »