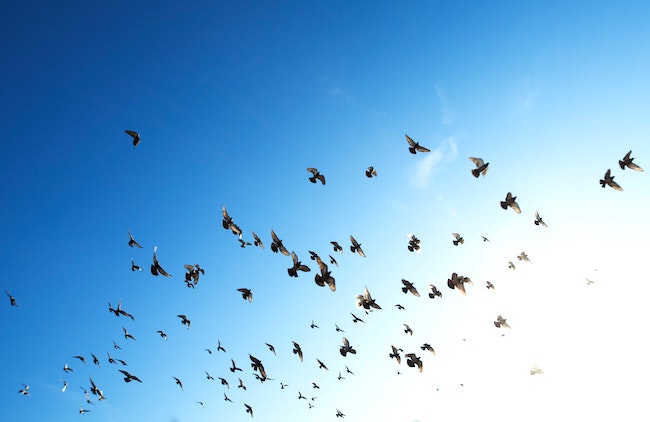 Jewish Women and the Path to Redemption Part I

The next two classes focus on the generation of women who live during the enslavement of the Jewish people in Egypt, and who subsequently leave with the Exodus, making their way through the desert towards Mount Sinai and, ultimately, to the land of Israel.

These women, as a group, exhibit an inner strength and burning desire to do the right thing. For them, every good deed remains a privilege, a source of joy and a wellspring of personal fulfillment – this in spite of the duress of their exile and the challenges of life in the desert. The women of Egypt and the Exodus never settle for what is acceptable, but instead insist upon standards of excellence that ultimately help steer the fledgling Jewish nation in the proper direction.

These women wear their good deeds like, “… an adornment of grace for your head and a chain for your neck” (Proverbs 1:9). To elaborate: Midrash Rabbah (6:3) on Deuteronomy, comments that wherever one goes good deeds are there, like a necklace on the neck. A precious necklace may be expensive and heavy, but never burdensome. Accordingly, the women of the desert generation are never burdened by their effort to do the right thing, but instead cherish the opportunity to do so.

A parable from the Magid of Dubno lends further insight into the comparison between the precious stones that might be on a necklace and the precious discharge of good deeds. (The Magid of Dubno was an eighteenth century contemporary of the Vilna Gaon. The “magid,” throughout Jewish history, was someone assigned to inspire a community and guide their spiritual growth by indicating their flaws – often through storytelling and parable).

The Magid of Dubno tells of a merchant who brings his precious stones to market and, following the day’s business, hires a laborer to carry the stones back to his hotel. While awaiting delivery, the merchant hears someone struggling up the stairs – stopping, breathing heavily and complaining, as though under a great load. The laborer finally arrives at the top of the stairs with a package. The merchant tells him, “this must not be my box, since precious stones are not heavy.”

In the spirit of the Magid’s parable describing the “lightness” of good deeds – even those that require effort – the women of the desert see in each obstacle an opportunity to develop the “precious” load of their relationship to God. They never look for a way out of this relationship, but rather a way in. As a result of their closeness to the ultimate Source of right and wrong, these women gain an intellectual and spiritual clarity that enables them to rectify certain shortcomings within the Jewish nation that threaten to erode its connection to God.

The Torah portion of Pikudei, in the Book of Exodus, provides a starting point for an analysis of just how the women of Egypt direct the development of their generation. Pikudei details the amounts of gold, silver and copper that the Jewish people donate for construction of the Tabernacle (Hebrew: “Mishkan”) in the desert. Moses prepares an account of these donations. His list excludes one item: the copper Basin (Hebrew: Kiyyor) that the Kohanim would use to wash their hands and feet, before performing their rituals. The Torah portion of Vayakhel (38:8) relates that the Kiyyor is not crafted from the initial pool of copper donations, but instead is made from the copper, “…mirrors of the legions massed at the entrance of the Tent of Meeting.” Rashi states that the term, “legions” (in the above verse) refers to the Jewish women who mass with their donations of mirrors at Moses’ Tent. And the Midrash connects the word “legions” to the fact that the use of these mirrors by the women leads ultimately to the production of “legions” of Jewish children.

To explain: during their enslavement in Egypt, Pharoah prevents his Jewish laborers from sleeping at home, and forces them instead to sleep in the fields or on site where they work during the day. Ostensibly, Pharoah intends through these practices to prevent his laborers from wasting time at home with family, or from being late to work. In fact, however, his purpose is to forestall Jewish procreation.

Midrash Tanchuma states how the Jewish women respond to Pharoah’s decree: The women find that God has provided small fish in the basins of water they draw from the Nile. They sell a percentage of the fish – buying wine with their proceeds – and cook what remains. With fish and wine they greet their husbands in the fields.

Rashi sums up the above mentioned midrash:

“When their husbands would be exhausted because of the racking labor imposed upon them by the Egyptians, [the women] would go and bring them food and drink, and feed them. Then they would take the mirrors, and each one would view herself with her husband in the mirror, and entice him with words, saying, ‘I am handsomer than you.’ By these means, they would bring their husbands to desire, and would have relations with them, and conceive and give birth there…” (Rashi’s commentary to Exodus 38:8, as translated Artscroll Sapirstein Edition of the Book of Exodus).

Rashi’s commentary includes an explanation of how Moses, upon receiving the mirrors from the women, does not want to accept such objects of vanity for the Kiyyor. God, however, tells Moses to use them:

“The Holy One, Blessed is He, said: Accept them, because these are the dearest to Me of all, for by means of them, the women established many legions of offspring in Egypt” (Ibid.).

Since the mirrors have been employed with such purity of purpose, God tells Moses to use them for the Kiyyor, itself a vessel of ritual purification. Through the extraordinary effort the mirrors represent, the women of an enslaved generation under threat of extinction merit God’s assistance in sustaining Jewish continuity. Their dedication is itself commemorated in the Kiyyor.

The women of Egypt face a seemingly hopeless situation. Pharoah has obstructed normal family life and has decreed that every newborn male be thrown into the Nile. A logical response to this crisis might have been for the Jewish people to stop even trying to have children. This is in fact the reason behind why Amram, the father of Moses, separates from his wife, Yocheved. That their daughter Miriam brings her parents back together bespeaks her deep commitment to reviving family life.

In the same way, the women of Egypt pursue having children with their husbands, who are exhausted from long hard labor. Their faith in a better tomorrow initiates the redemption of an entire people. Behind their optimism lies a commitment to do their part and to leave the rest in God’s hands. Through this approach, the women of Egypt remain empowered by a sense of purpose, inspired with the courage to endure hardship and unburdened about whether their efforts will yield results. Our women know who they are and what they have to do. Beyond their own human effort, their trust in God extends the path they walk, in a far-reaching direction…