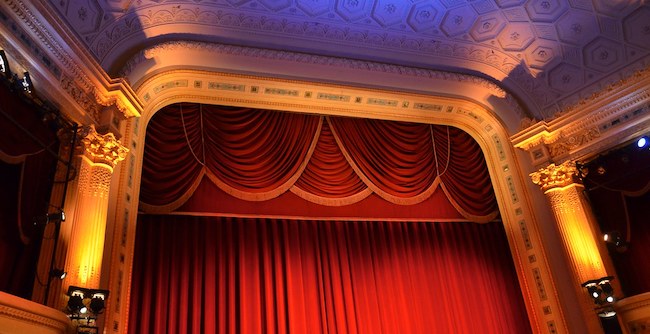 The Woman of Tekoa: A Proper Use of Personal Talent

The following essay continues our exploration of the quality of wisdom embodied by the women in the Book of Samuel. This installment covers a figure referred to as, “the woman from Tekoa.” Tekoa, a city south of Bethlehem, was renowned for its olive oil. In Torah, olive oil represents wisdom. Thus, Tekoa was also famous for smart people.

The woman from Tekoa plays an important role in a complicated story that involves Amnon, Tamar, Absalom, king David, and the king’s army general Joab.

Amnon and Tamar are brother and sister by the same father – king David – but with different mothers. Absalom is Amnon and Tamar’s brother. Amnon forces Tamar into relations, and Absalom takes revenge by killing Amnon. Absalom then flees (II Samuel 13:10-39).

Several years later, king David is somewhat reconciled to Amnon’s death, but still longs to see Absalom, given that he knows he is still alive. At the same time, the king realizes that Absalom would have to face any legal repercussions of his crime, should he return to his father, king David. The king’s longing to see his son remains unfulfilled, since he hesitates to bring Absalom back due to the complexities of the situation, and to his own fear that, as Absalom’s father, he might not be a judge capable of objectivity. Joab, general of David’s army, recognizes his sovereign’s distress and, convinced that Absalom does not deserve to be put to death, contrives a plan whereby David might with an easier conscience recall Absalom. Towards this end, Joab sends for the “wise” woman from Tekoa, and tells her to appear before the king:

“If you please, pretend to be a mourner. Wear garments of mourning and do not annoint yourself with oil; be like this for many days as a woman mourning over a dead person. Then come before the king and speak these words to him…And Joab put the words into her mouth” (II Samuel 14: 2-3).

Commentaries to II Samuel (14:3), “And Joab put the words into her mouth,” suggest that, in addition to suggesting the woman of Tekoa present herself as a woman in mourning, Joab explains to her David’s predicament and the reasons why Absalom does not legally deserve to be put to death. Beyond this information, Joab leaves to her discretion the exact words to use in addressing the king, as well as her replies to his questions. That Joab trusts the woman of Tekoa to this extent suggests her strength as a diplomat and the depth of her instinct, self- possession and intelligence.

When the woman from Tekoa appears before David, she recounts to him a fictitious story she has created about the murder of one of her sons by another son. She intends for the story to mirror David’s situation with Absalom and Amnon and hopes that, in hearing it, David will be able to evaluate his own comparable circumstances in a more objective way, and will ultimately ease his own misery by bringing home his exiled son.

With the fictitious tale of her own woes, the woman of Tekoa requests that David protect her surviving son from the blood revenge of the rest of the family:

“In truth, I am a widowed woman, my husband has died. Your maidservent had two sons. They quarreled in the field, and there was no rescuer between them. One struck the other and killed him. Now behold! The entire family rose up against your maidservant and said, “Hand down the one who struck his brother and we shall put him to death, for the life of his brother whom he murdered…” (II Samuel 14: 5-7).

Once David assures the woman from Tekoa that he will protect her son, she confronts the king with the fact that he has not extended the same custodianship to Absalom, and that his own judgement of her case mandates he reconcile with his own son: “Let the king not say now that he was mistaken, in order for the king not to return his own banished one” (II Samuel 14:13).

As a result of the woman from Tekoa’s effort, king David does bring back Absalom.

While the woman of Tekoa handles a difficult situation with extraordinary skill and sensitivity, in the end, one of her most enduring accomplishment is not so much what she does, but the fact that she is not afraid to do it. In appearing before the sovereign of her generation, she remains clear and courageous. Her strength comes from a commitment to doing the right thing at all costs, and this state of mind supercedes fear. Still, her fortitude does not satisfactorily explain why the text refers to her as, “wise.”

Wisdom, as defined by Torah, is the ability to harness one’s God-given talents for the good. The Torah interpretation of wisdom includes conventional benchmarks such as high IQ, shrewdness or business savvy, only insofar as these assets are used in beneficial ways. Accordingly, the Torah might use the word “sophisticated,” to describe a banker who becomes successful through illegal business dealings, however, he would never be referred to as wise. On the other hand, the Torah would describe as “wise” a pauper who invests one dollar, intending to use even a small capital gain for his family, for charity or for another worthwhile cause.

Torah wisdom also involves maintaining a balance between the opposite extremes embedded in one’s personality. With generosity or its opposite selfishness, for example, neither quality can be considered intrinsically good or bad. Too much generosity can cause its recipient to become greedy or unappreciative, where the same degree of generosity can in another situations be extremely beneficial. Thus, depending upon any particular situation, one opposite or the other is to a given extent useful, while the remaining side is not. Wisdom is then the ability to assess which and how much of one side should be put forward – and at what optimal time.

According to Torah standards, therefore, the woman of Tekoa is clearly “wise.” By involving herself in king David’s dilemma, she is uses her strength of character for a good cause and in meeting with David she navigates between the polar extremes of decisive and passive that are the hallmark of any successful diplomat.

That the woman of Tekoa has the imagination and insight to come up with a parable so close to king David’s reality is impressive enough. More impressive, however, is her ability to articulate the parable for the king, within what must have been the intimidating setting of his royal court.

Action, therefore, is a key part of the woman from Tekoa’s wisdom. Without action, her ingenious parable would have been useless. As it happens, however, she provokes a fittingly active response from king David, who has heretofore chosen not to act upon his desire to recall Absalom back from exile. David’s inaction has until his encounter with the woman of Tekoa been the proper choice. Since David suspects he may not be able to remain objective when it comes to judging his own son’s case, and this subjectivity would be illegal according to Torah.

The woman from Tekoa – in recounting a version of the king’s own story – gives David an opportunity to judge in an impartial manner, what is essentially his son’s case. Upon gaining the objectivity he needs, through her parable, David’s legitimate inaction now becomes inappropriate, because his own subjectivity – the obstacle to calling his son home – has been eliminated. Here is a striking illustration of how each side in a pair of opposites – in this case action and inaction – can be right or wrong depending upon the situation.

Like the woman of Tekoa, we are challenged at almost every turn to resolve the many conflicting factors behind life’s choices. Often, only our determination to do the right thing enables us to avoid the many detours that lead to an easier way out. The woman of Tekoa chose to take on a difficult mission, because she understood that her own contribution might be critical in producing the desired positive result. For this reason, she was willing to put aside her own personal fears and instead focus on applying the best of herself to the task at hand.

The woman of Tekoa extends herself beyond personal limitations, to a place where she may instead maximize her strengths in positive ways. From her we may learn how to do the most with our assets, while at the same time taking a second look at the potential that lies within our perceived liabilities.

« The Story of Michal: Beyond Loyalty to Torah
Serach bat Asher »