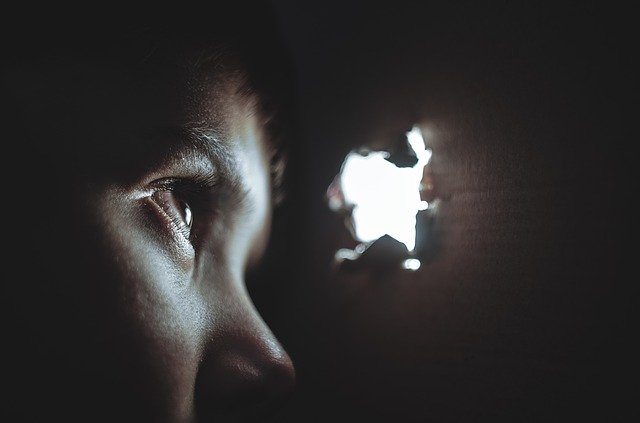 This week, Women in Judaism shares the story of one Jewish woman who refuses to give in to what another might consider impending doom. Lady Amelie Jacobovits was the wife of the late Rav Lord Immanuel Jacobovits, Chief Rabbi Emeritus of the British Commonwealth. Her Passover story of Holocaust survival demonstrates how the powerful life force of a Jewish woman connects our past, present and future.

“Occasionally, one memory escapes from the vault that holds the terror of those years. One Passover, my three-year old grandchild looked up at me from his chair at the seder table. I don’t even know what he said, because the rush of Passover 1941 blocked everything else. I was a young girl hidden in a dark cellar in central France. I was without other family – alone with four other children, all of us strangers.

Today and in recent years, as I celebrate Passover surrounded by the comforts and luxury of our London flat and the security of more than a dozen relatives and friends, I realize that for all of their splendor, these holidays cannot compare in my heart to that unique event 62 years ago. 1941 was the most extraordinary Passover of my life. But before I describe it, let me explain how I got to that cellar.

I was born in the years preceding World War II and lived content and well loved by my family in Nurnberg. By 1933, however, my world was getting darker till, one day, Nazi storm troopers marched into Nurnberg ordering that all major buildings must fly the swastika flag by evening. In 1936, my parents took us to Paris, as my father had been appointed rabbi of the prominent Rue Cadet synagogue. Within a few years, as the political situation deteriorated, my father was conscripted into the army and had to leave us. In 1940, when the Nazis began bombing Paris, my mother fled with us – her four children – on the last train before the main onslaught. It was the eve of the Jewish holiday of Shavuot.

The mass of people on that train – a tornado of humanity – repeatedly wrenched us from one another. Months later, on another leg of our desperate journey I lost track of my family altogether and began to wander from village to village. Lone children all over were doing the same.

One night just before dawn I could go no further. I knocked on the farmhouse door of what turned out to be a kind, courageous gentile farmer. He took me to his cellar where I found another little girl. Eventually two boys and another girl joined us. None of us admitted we were Jewish for several days.

It was a dire winter. Each morning, a few rays of light would poke their way into the cellar through two windows high on the wall – our only eyes to the world outside. The farmer had lowered us into the cellar through those windows and every day through one of them he lowered a net with five morsels of food and a bucket for our natural needs. Strange as it sounds, we were very lucky. In that difficult winter, five homeless children developed values so different from those today – as well as a bond of lifelong friendship.

One day, peering from the cellar up through the windows one of us noticed a streak of sunlight in blue sky. A few days later, another saw blades of grass penetrating the frozen terrain. We had no calendar or sense of time, but we concluded that, if the weather was indeed changing with spring on its way, maybe we were nearing Passover. Each of us children came from a different range of Jewish commitment, yet we shared a strong desire to do something to celebrate what we sensed was the upcoming Passover holiday.

When the farmer appeared with our food the next morning, we asked if he would lower in tomorrow’s basket a small amount of flour, a bottle of water, a newspaper and a match. Two days later we received a small bottle of water, but we had to wait several days for the flour. The entire region was drained of provisions, with everything being transported north to Germany. Our host the farmer had himself barely anything to eat.

A day later, a newspaper came through – and then a match. We waited a few more days. We saw a full day of sunshine and blue skies, and we decided that, in order to cultivate a festive spirit, we would switch clothing with one another and wear them as if new. So we changed clothes; the two boys trading and the girls exchanging dresses. Before evening we baked our matzah, though we hadn’t a clue how to do so. We poured water into the flour and held the dough in our bare hands over the burning newspaper on the floor. We produced something which resembled matzah and, whatever it was provided enough for the five of us.

That night we celebrated Passover. One of us recalled by heart the kiddush – the blessing that sanctifies the Passover night. Another remembered the Four Questions – the part of the seder the young children recite. We told a few stories of the Exodus that we remembered having heard from our parents. Finally, we managed to reconstruct “One Kid, Which my Father Bought for Two Zuzim,” the song which typically ends the evening.

We had a Passover to remember. With no festive food, no silver candlesticks and no wine – with only our simple desire to connect with God – we had a holiday more profound than any we have known since. I thank God for allowing me to live to be able to tell my children and grandchildren about it. Even more, I feel obligated to the younger generations of my family, who never experienced what I did, to pass on the clarity it gave me – the vivid appreciation of God’s presence in my life, of His constant blessings, wonders and teachings…and of His commitment to the survival of the Jewish people.