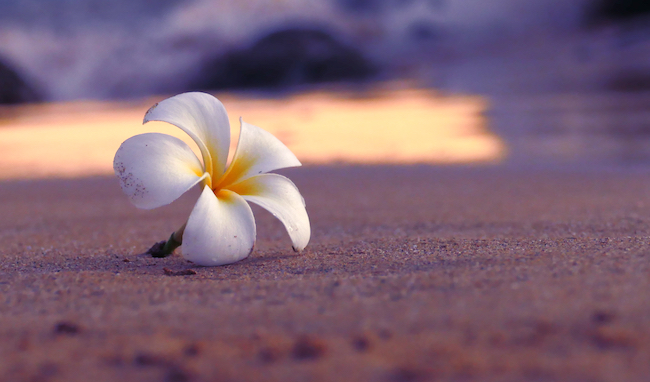 Glimpses of Jewish Femininity Part I

Adapted from a lecture by Rebbetzin Tehilla Jaeger

The Torah holds women in high esteem and, as such, assigns them responsibilities commensurate with this status. What are the feminine qualities behind the Torah’s high expectations of Jewish womanhood, and how might we connect to the paradigms our sages describe?

Our next several classes address these questions. Each installment surveys Biblical sources that explore aspects of Jewish femininity, including its potential to inspire and empower others, and its role in personal fulfillment.

Ashet Chayil / “A Woman of Valor” is an ode of praise to the righteous woman, written by King Solomon in honor of his mother, Batsheva. The text, from the Book of Proverbs (31:10-31), is a compendium of the many facets of Jewish femininity. While it is beyond the scope of this essay to catalogue the attributes embedded in Ashet Chayil / “A Woman of Valor” the text provides an appropriate point of departure for our essay.

Line by line, Ashet Chayil / “A Woman of Valor,” follows the letters of the Hebrew alphabet (“alef-bet”), with each line corresponding to one letter. The “alef-bet” format is Solomon’s way of comparing the all-encompassing virtues of the righteous woman to the completeness of the entire alphabet. The deeper significance of the “alef-bet” also finds its way into Ashet Chayil/”A Woman of Valor.” Our sages say that God combined the spiritual powers vested in each letter of the “alef-bet” as building blocks for the universe. Through the “alef-bet” structure of his text, Solomon establishes a connection between the creative potential of the Hebrew alphabet and the Jewish woman who like the letters is also a builder – her edifice being the Jewish people.

Adam’s Rib and The Essence of Feminine Modesty

The Book of Genesis describes how God creates Eve:

“…[God] took one of [Adam’s] sides and He filled in flesh in its place. Then Hashem God fashioned the side that He had taken from man into a woman” (Genesis 2: 21-22).

The midrash states that God’s decision to use Adam’s rib has a significance on par with the creation of Eve, herself. That God chooses the rib over any other part of the body suggests a great deal about His definition of ideal femininity. The rib is fundamental to structure and strength. Indeed it protects some of the most important organs of the human being. In spite of its critical function, however, the rib is concealed from view, and its importance is not readily apparent. The very making of first woman, specifically from the rib, therefore imbues Jewish femininity with hidden power and vitality.

On a practical level, this brand of indispensable yet unseen strength is expressed through the quality of, “modesty.” The midrash explains that with each stroke of Eve’s creation, God reiterates His desire for her to be modest. Beyond Eve, the prophet Michah (6:8) includes modesty as one of three fundamental keys that unlock the Jewish people’s potential to fulfill what the Torah asks of them:

“What does Hashem require of you but to do justice, to love kindness and to walk humbly with your God.”

Jewish modesty is so vital, so intrinsic to the Jewish woman that it influences speech, interpersonal conduct, mode of dress and private behavior. (The question of why this is even more important for women than for men will be addressed in the next class). In the same way a great person is all the more impressive when not calling attention to himself, the ideal Jewish woman is admired for the fact that she is modest in spite of her many attributes. Judaism holds modesty in high regard based on the fact that good deeds performed out of the public eye are more likely to have been done with pure intentions. Thus, Jewish modesty, as expressed by the way God created first woman, is replete with understated power and integrity.

Besides the attribute of modesty that Eve shares with women of all time, she also imparts a gift for fulfilling things incomplete. God’s very creation of her is a response to the fact that Adam – already a spiritually exquisite being – will not be spiritually complete without Eve. God looks at Adam’s magnificence and says, “It is not good that man be alone.” In this seemingly perfect picture, God still considers Adam incomplete – until he is joined by Eve.

Thus, Eve brings to the Jewish woman an ability to guide others in a fundamental way. This capability is alluded to in one of the initial moments of Eve’s creation, when God closes the incision from which He has extracted Adam’s rib:

“So Hashem God cast a deep sleep upon the man and he slept; and He took one of his sides and He filled in flesh in its place” (Genesis 2:21).

The midrash explains that the phrase, “He filled in flesh,” means that God heals all flesh under a woman’s influence. A woman’s impact can be so all encompassing and so powerful, that it seals in an inspiring fashion those with whom it comes into contact. Given its inherent subtlety, Jewish femininity may not leave an obvious imprint. Nonetheless, its effect is unmistakably deep.

*****
Rebetzin Tehilla Jaeger has inspired scores of Jewish women worldwide. Her lecture series, “Ayelet HaShachar – Woman to Woman Inspiration,” is available on cassette. Titles include, “Speech – the Power to Recreate Your World,” “Marriage – the Exquisite Approach,” “Our Three Mitzvot – Wellsprings of Renewal, ” and “The Art of Parenting.” For further information and a complete list of cassette offerings, please phone (718) 471-7141.