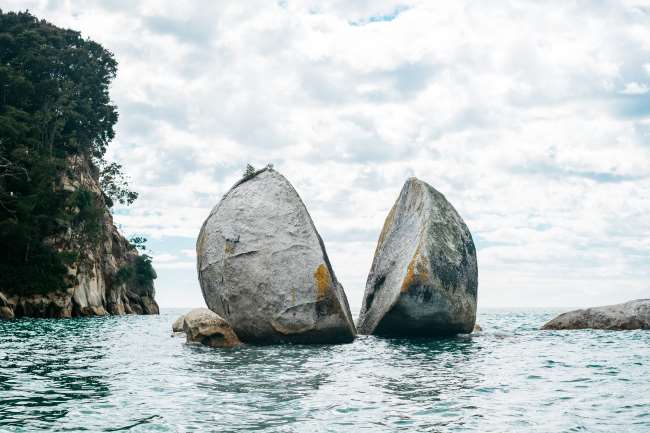 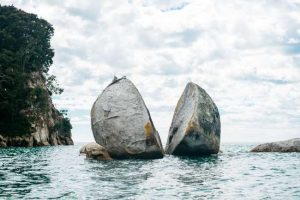 And the sea returned towards morning to its strength

Be’er Mayim Chaim: Chazal2 record a well-known exchange between Moshe and HKBH. Moshe asks Hashem how he can be expected to split the sea, when a pasuk in Yirmiya speaks of the firm boundary G-d established between land and sea during the days of Creation. Hashem reminds Moshe of the way He created land masses in the first place, i.e. bunching up the water till the land appeared in the void that was created. Since He did this once in the process of Creation, it should not be surprising that He would do it again, having stipulated with the sea that it would part its waters whenever the need arose.

Indeed, it is not surprising. Chazal’s attaching this dialogue to our pasuk, however, does surprise! Doesn’t it belong to Hashem’s instruction to Moshe to split the sea, rather than a description of the sea’s returning to its ordinary state after the Jews had been given safe passage through the miraculously split waters?

The Zohar3 implies that the two dramatic elements of the sea crossing – the Jews walking through on dry land, and the drowning of the Egyptians – did not take place consecutively but simultaneously. While part of the sea dutifully parted its waters to accommodate the Jews, a different portion sent its waters crashing down upon the Egyptians. At the very same time, water and dry land coexisted in the same sea.

A familiar pasuk in Tehilim praises Hashem for “tearing the Reed Sea into pieces.” 4 According to what we have discovered, this pasuk takes on new meaning. When Hashem split the sea, he tore it into different pieces, each of them acting in a different way. While one section served as dry land, a different section became a liquid graveyard for the Egyptians. This was miraculous on multiple levels. Simply parting the waters for the Bnei Yisrael was miraculous, as was the timing in having the sea return to its usual behavior only upon the heads of the Egyptians. The simultaneity of these events adds another dimension to the miracle. Hashem did not change the character of the sea into dry highway with walls of water, and then change it back into a conventional sea. Rather, the same sea that offered dry passage to the Jews sent the Egyptians to the watery depths. The sea was both at the same time.

Of course we can discern yet another level of meaning. The dual nature of the sea’s behavior manifested two different midos of Hashem: rachamim to Bnei Yisrael, and din to the Egyptians. We are comfortable with Hashem showing these midos at different times. Here, in the crossing of the sea, these two opposing midos both operated at the same time. This was the essential miracle – the simultaneous operation of din and rachamim.

Our approach can address another anomaly in the text. “Stretch forth your arm over the sea, and the waters will return over the Egyptians.” Why was it necessary for Moshe to bring the sea back to normal behavior? Shouldn’t that have happened when the need for its aberrant behavior came to an end? Once the Jews were safely up on shore, there was no more cause for the miracle of the split water. The sea would return on its own. Or so we would think.

The point seems to be that this was not how the miracle took place. Rather, the Jews were still in the middle of a crossing when Moshe gave the command for the waters to return upon the Egyptians, even though the waters would have to keep their distance from the Jews who were still walking on dry land as if in a canyon cut through the water.

The midrash associates the dialogue between Moshe and Hashem with this, the most miraculous element of the miracle. It was not in the initial splitting per se that the process of Creation had to be recalled, but in the way Moshe called the waters down upon the Egyptians. While behaving very much like typical waters, some of them had to dutifully gather together and stand erect, halting the flow of the sea into the area in which the Bnei Yisrael were still crossing.

We can now appreciate the sequence of pesukim: “The waters returned and covered the chariots and horsemen…The Bnei Yisrael went on dry land in the midst of the sea.” 5 This means that at the exact time that the waters engulfed the Egyptians, those waters halted their progress and allowed the Bnei Yisrael to continue their journey on dry land.