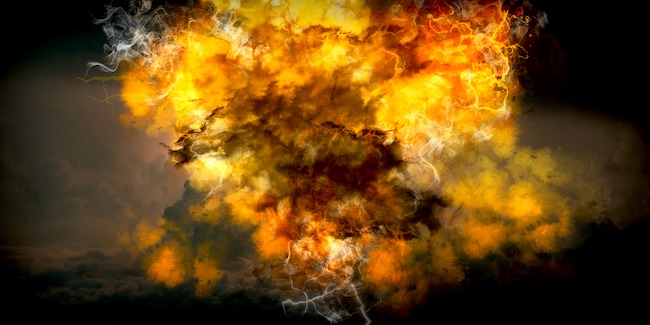 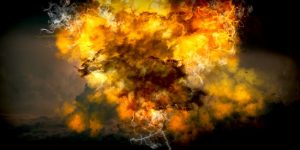 “Any quarrel,” says the Mishnah in Pirkei Avos (5:20) “that is made for the sake of heaven shall, in conclusion, last. However, if the argument has selfish motivation it shall not last.” The Mishnah offers Hillel and Shamai as an example of heavenly opponents. Their arguments will last forever.

On the other hand, Korach and his congregation are the examples given for those whose debate stemmed from egotistical motivations. “Those types of disputes,” says the Mishnah, “are doomed to fail.”

The Mishnah, is of course referring to the episode in this week’s portion. Korach, a first cousin of Moshe, contested the priesthood. He gathered 250 followers, formed a congregation, and openly rebelled against Moshe and Ahron, claiming that Moshe and his brother underhandedly seized both temporal and spiritual leadership. Moshe, in his great humility, offered a solution in which divine intercedence would point to the true leader. Korach and his followers were swallowed alive by a miraculous variation of an earthquake.

Yet two questions occur on the Mishnah. By using the expression that, “an argument for the sake of heaven will last,” it seems to show that an ongoing argument is a proof of its sanctity. Shouldn’t it be the opposite?

The other anomaly is that in referring to the kosher argument, the Mishnah refers to the combatants, Hillel and Shamai. Each was on one side of the debate. Yet, in reference to the argument that is labeled as egotistical, it defines the combatants as Korach and his congregation.

Weren’t the combatants Korach and Moshe? Why is the latter part of the Mishnah inconsistent with the former?

On the week following Passover 1985, I began my first pulpit in an old small shul in Pittsburgh, Pennsylvania. The scent of herring juice permeated the building, and the benches did not creak as they swayed, they krechtsed. As old as the furnishings were, the membership was older. But the Congregation’s spirit of tradition of was feistier than its physical appearance.

My first week, I was asked to bless the new month of Iyar, Mevarchim HaChodesh. Then the trouble began. Every Shabbos, a somber prayer, Av HaRachamim, which memorializes Jewish martyrs during the era of the crusades is recited. On holidays or other festive occasions such as Shabbos Mevarchim, in deference to the spirit of celebration, the prayer is omitted. However, the month of Iyar is considered a sad time for Jews. 24,000 students of Rabbi Akiva perished in that period. Many congregations recite Av HaRachamim on Shabbos Mevarchim for the month of Iyar. I assumed my new congregation did the same and began reciting, ” Av HaRachamim.” Immediately I heard a shout, and an uproar began.

“We say it this month! It’s sefirah, a period of mourning,” yelled back the Vice-President.

” You know nothin’. We never ever say it when we bench (bless) Rosh Chodesh,” yelled the Treasurer.

“We always did!” asserted the Gabbai.

The argument was brewing for five minutes when they all began to smile and instructed me to say the prayer as I had planned. Before I continued the service I sauntered over to the old Shammash who was sitting quietly through the tumult and asked, “what is the minhag (custom) of this shul?”

He surveyed the scene and beamed. “This shul is 100 years old. This is our minhag.”

The Mishnah gives us a litmus test. How does one know when there is validity to an argument? Only when it is an argument that envelops eternity. The arguments of Shamai and Hillel last until today, in the halls and classrooms of Yeshivos and synagogues across the world. Each one’s view was not given for his own personal gain, it was argued for the sake of heaven. However, Korach’s battle with Moshe was one of personal gain. Moshe had no issue with them. It was a battle of Korach and his cohorts. Each with a completely different motivation — himself. It did not last. A battle with divine intent remains eternal. In a healthy environment there is room for healthy differences. And those differences will wax eternal.

Dedicated in honor of the anniversary of Joel & Robbie Martz by Mr. and Mrs. Perry Davis


Drasha is the e-mail edition of FaxHomily, a weekly torah facsimile on the weekly portion
which is sponsored by The Henry and Myrtle Hirsch Foundation