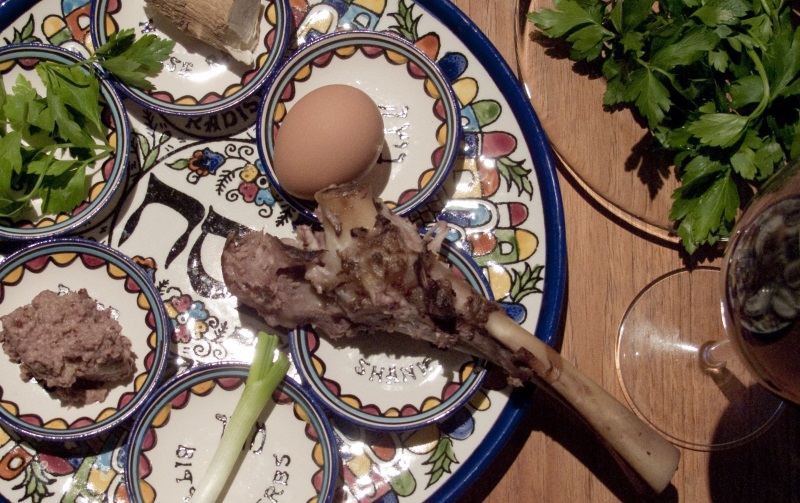 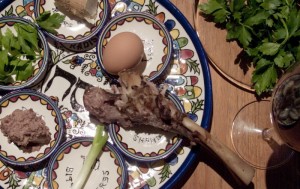 We Are What We Do

One of the perennial topics that come up at the Seder is the nature of the dialog between the Wise Son and his father in the Hagaddah narrative. The Wise Son asks his father “What are the testimonies, decrees, and ordinances that Hashem our G-d has commanded you?” The answer given to him is “Therefore explain to him the laws of the Pesach offering: that one may not eat dessert after the final taste of the Pesach offering.”

Why is this terse answer an appropriate response to his all-encompassing question? The simple and perhaps the correct answer is that this statement “Ayn maftirin achar haPessach Afikoman” is the last Mishna in Perek Arvei Pessachim, which discusses the laws of Seder night. In fact, we tell him everything – from A to Z – from that Talmudic chapter. The law that one cannot eat anything after the Afikoman is “Z” – the last item in that catalog of laws found in the Talmudic Tractate dealing with Passover.

However, if we wish to engage in homiletics (which is very common on Seder night) one could interpret as follows: The Wise Son is asking a very fundamental question. We all realize how basic and fundamental the Exodus story is to our religion and to our historical experience. Still, the Wise Son is asking – why do we need this abundance of mitzvos that have to do with the Exodus? Would it not suffice with just one or two symbolic commandments to recall the event? Moreover, aside from all the many mitzvos associated with Pessach in general and the Seder night in particular, there are another several dozen mitzvos that the Torah identifies as being “zecher l’Yitzias Mitzraim” [commemorating the Exodus from Egypt]. For example, the mitzvah of Tefillin and the mitzvah of redeeming the First Born are classified as being “zecher l’Yitzias Mitzraim”. Why so many mitzvos? Why all these testimonies, decrees, and ordinances?

The truth of the matter is that the question the Wise Son asks is really the question the Sefer HaChinuch addresses to his son. In Mitzvah 16 (regarding the prohibition of breaking a bone from the Paschal offering), the author explains the reason for this mitzvah: On Seder night we need to feel like wealthy people, kings and princes. Kings and princes do not break bones when they eat their meat. Such behavior typifies one who rarely eats meat and wants to suck out the last bit of juice from the broken bone. The Chinuch writes that in order to feel and demonstrate that we are free and wealthy men (the experience of “Cheirus”), the Torah commands us to emulate such practices and not break the bones on Seder night.

Then, in a fundamental teaching, the author writes (to his son), “Do not think the number of commandments relating to the Exodus is excessive and that one or two rituals would suffice for our children and grandchildren to not forget the historical events of the Exodus from Egypt. Such an idea (which is basically the question of the Wise son) is mistaken. My dear son, listen to this and it will give you a basic understanding into the reason for much of Torah and many of the mitzvos: MAN IS INFLUENCED BY HIS ACTIONS (Adam nif’al k’fi peulosov).”

The Chinuch gives a famous parable about a person who was a righteous individual – kind, compassionate, and kind-hearted. For whatever reason, he ended up in a profession where he needed to be cruel. In contemporary terms, we can picture someone who got in trouble with the mafia. They drafted him into their service and they told him that he was going to be their enforcer. “You are going to start breaking people’s knees or we will break your knees!”

This person started out as a wonderful compassionate individual. But, as fate would have it, for years and years and years he needed to make his living by being an enforcer for the mafia, using all kinds of violent techniques to collect funds for his employers. The Chinuch writes that such a person will inevitably eventually develop a nature that is cruel and hard-hearted. You become what you practice. You are what you do.

On the other hand, he writes, a person who is mean and cruel but is forced into a profession in which he must be kind and giving will eventually become a compassionate person. This, he says, is what mitzvos are all about. It is not merely enough for us to do one or two things. The more you do the more you become. The fundamental idea of doing mitzvos is to change us for the better! The Torah wants there to be a lasting impression on our souls. By the performance of mitzvos we should CHANGE. There should be an impression. This lasting impression on our souls comes about by doing Divinely mandated actions over and over again.

Therefore, if we drink the wine, lean, emulate free wealthy men, do not break the bones and act the part, we will become like wealthy people, kings and princes. This is why we do not eat dessert after the Afikoman. We want the taste (of the Matza/Paschal offering) to remain in our mouths. We want to create a lasting impression to the mitzvos we do. This is what we tell the Wise Son. The desire to have a lasting impression is symbolic of what mitzvos are about in general. The goal of mitzvos is that we should become different, better, people. We achieve that goal by doing. The more we do, the better we become. This is the reason for the testimonies, decrees, and ordinances which Hashem our G-d has commanded.

Not Only One Has Risen Up Against Us

“And it is this that has stood by our fathers and us. For not only one has risen against us to annihilate us, but in every generation they rise against us, to annihilate us. But the Holy One, Blessed is He rescues us from their hand.”

This is not a novel statement. It was obvious when the text of the Hagaddah was composed, and it is certainly obvious by now that there have been many many people who have risen up to attempt to destroy us. It is a vast understatement to say that “not only one has risen up” against us! What then is the author of the Hagaddah telling us?

Furthermore, how does the narrative continue? “Go and learn what Lavan the Aramean attempted to do to our father Yaakov! For Pharaoh decreed only against the males, Lavan attempted to uproot everything…” Why is this the proof to the statement “Not only one has risen against us?”

I saw an interesting observation. The expression “For not only one has risen against us to annihilate us” means something different. If we look at the world and at all the ideologies that have come across the world stage, so many ideologies began with one person who developed a following. From one person an idea took hold. For instance, Martin Luther started a movement (Lutheranism). Karl Marx had an idea (Marxism). Millions and even billions of people followed the idea of one man. A person comes up with an idea; people take to the idea; they propagate the idea, and the idea becomes widespread among people – but it originated from one man with one idea.

There is an exception to this rule and that is anti-Semitism. Anti-Semitism is a movement by which various people throughout the ages have had various reasons why they hate Jews. The reasons, however, are rarely the same reason. “For not one person alone rose up against us to destroy us.” There is something different about anti-Semitism: It was not merely one person’s idea. Person A had one idea why he was anti-Semitic; Person B had another idea why he was anti-Semitic, and so on down the line. One person said it was racist; another person said because they do not like our noses; some people said because they do not like the way we act. They converge at the same point of hatred, but they begin with a variety of often contradictory reasons and ideas for their hatred.

What does that say? Not only one stood up against us. Anti-Semitism in its various forms has been promoted by so many people. However, everybody has a new complaint, finds a new flaw, comes up with a new idea why to hate us. The bottom line, however, is the same – they all hate us.

Come and hear – because Pharaoh followed Lavan. If he was merely following in Lavan’s footsteps, he would need to uproot everything – get rid of all the Jews – exactly as Lavan tried to do. But, no! Pharaoh had a new form of anti-Semitism: Only kill the males. This was something new.

This is the way it has been throughout the generations. The “miracle” of anti-Semitism is one of the greatest proofs of the existence of the Almighty. Most “isms” come and go, whether it is humanism, socialism, or communism. But there is one “ism” that has been with us since time immemorial – anti-Semitism.

What does that tell you? It tells you that it is not our noses and it is not our faces and it is not this and not that. It is not because we control the world or because we do not control the world or we are too poor or too rich. It is because our enemies understand on some level that we are the nation designated by G-d and put here in this world to spread His Word. That fact is what they cannot take. That is why they hate us.

It comes in different forms. It comes for different reasons. “Not for one reason alone have they risen up against us.” The miracle is that in each instance and in each generation “G-d saves us from their hands.”

Three hundred thousand people are massacred in Darfur without much of an international reaction but the United Nations goes ballistic when an Israeli bulldozer runs over one woman by accident. What is that saying?

This write-up was adapted from the hashkafa portion of Rabbi Yissocher Frand’s Commuter Chavrusah Torah Tape series on the weekly Torah portion. The complete list of halachic topics covered in this series for Parshas Tzav are provided below: