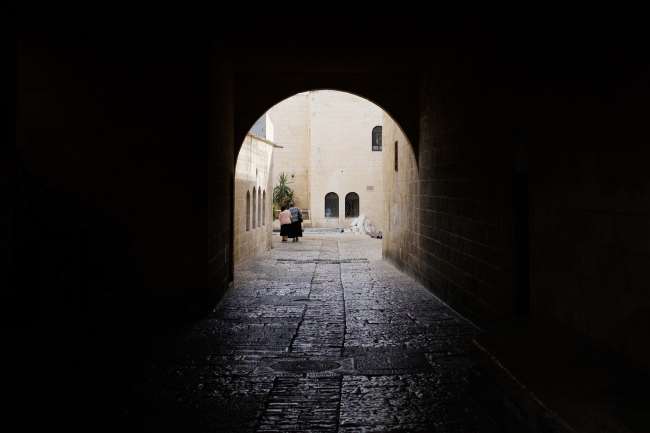 Next Year In Jerusalem – If… 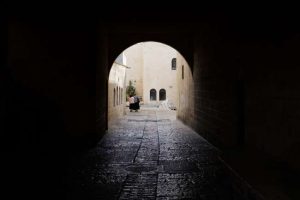 This dvar Torah was adapted from the hashkafa portion of Rabbi Yissocher Frand’s Commuter Chavrusah Torah Tapes on the weekly Torah portion: Tape #322, A Unique Erev Pessach and Its Broader Implications.
Good Shabbos!

Next Year In Jerusalem – If: The Symbolism of the “Two Dippings”

Every Passover Seder begins with a plea: “This year we are here; next year (may we be) in the Land of Israel. This year we are slaves; next year (may we be) free!” Every Seder that we have ever experienced is just a shadow of the ideal Pesach Seder. A proper Pesach Seder should include the Paschal and Festival offerings. But “this year” it is not that way.

The truth of the matter is that the Pesach Seder also ends with this same theme. “Next year in Jerusalem.” The reason why our Pesach Seder will not include a Paschal offering this year is because the Bais HaMikdash [Temple] was destroyed. Our Sages teach us that the Second Temple was destroyed because of ‘Gratuitous Hatred’ (Sinas Chinam). We are taught that the Bais HaMikdash will not be rebuilt until we somehow correct the defect of Sinas Chinam and divisiveness.

If that is the case, why are we not prompted somewhere during the Pesach Seder to address this sin of Sinas Chinam? If the Seder in fact includes the request that next year we should be in the Land of Israel and in Jerusalem, why are we not told exactly how to take corrective action to make that happen? We should be explicitly taught to remedy our behavior of Gratuitous Hatred.

The Ben Ish Chai states that there is such a notion in the Hagaddah. He says that this is alluded to by the question – “Why is it that on all other nights we do not even dip once, and on this night we dip twice?”

The Ben Ish Chai suggests that the first dipping on the night of the Seder (into the salt water) reminds us of the first place that “dipping” is mentioned in Jewish History: “And they dipped (Yoseph’s) coat into blood” [Bereishis 37:31]. This is the prototype of the sin of Gratuitous Hatred, which has plagued us throughout the generations.

The second dipping at the Seder (into the Charoses) corresponds to a second dipping that we find mentioned in the Chumash: “And you shall take the bundle of hyssop and dip it into the blood” [Shemos 12:22]. This pasuk [verse] refers to the dipping into the blood of the Paschal offering. That dipping was the first step of painting the door posts and lintels of their homes with the sign of blood — in order to save them from the Plague of the First Born on the night of their deliverance from Egypt.

It is no coincidence, says the Ben Ish Chai, that the Torah uses the language of Agudah [bundle (of hyssop)] regarding the second dipping. The word Agudah comes from the root word Igud, which means unity. Thus, the dipping of unity, which took place at the end of the Jewish Nation’s stay in Egypt, was a remedy for the dipping of Gratuitous Hatred, which had triggered their descent into Egypt.

This concept symbolizes that we too will emerge from our current exile — which was also triggered by Gratuitous Hatred — with unity and harmony amongst ourselves.

Rav Elchanan Wasserman expressed amazement that of all the slanders that the anti-Semites have used against the Jews over the centuries, one of the most recurrent lies has been the ‘Blood Libel’. This is a claim that is not only patently false, but that makes absolutely no sense as well.

The last thing a Jew would ever eat is blood. The Torah has numerous prohibitions distancing a Jew from blood or anything that is mixed with blood. How could it be that we have always been accused of this specific charge?

Rav Elchanan Wasserman suggests that this is a Divine punishment that corresponds to the sin of “they dipped (Yoseph’s) coat into blood”. When the brothers dipped Yoseph’s coat into blood, that did something to the system of Heavenly Justice which caused Jews in future generations to be susceptible to the slanderous libel that we bake our Matzahs with the blood of Gentile children.

Unfortunately, Pesach has many reminders of Gratuitous Hatred. Rav Mattisyahu Solomon points out the irony that the Blood Libel always emerged before Pesach. (The libel claimed that the Matzahs were baked with blood; the 4 cups of wine actually contained blood, etc.) Why specifically Pesach? Why did they not say that we dip our Lulavim (palm branches, used on Sukkos) in blood?

The answer is because Pesach is the Festival of Redemption. It is the holiday of “In Nissan they were redeemed and in Nissan they are destined to be redeemed” [Rosh Hashanna 11a]. As long as we have not rectified the original sin that led to the slavery — Yosef’s brothers Gratuitous Hatred, which caused them to dip his coat in blood, the blood libel rears its ugly head around the time of Pesach.

In fact, the first night of Pesach always falls on the same day of the week as the night of the following Tisha B’Av. The Ramo”h in Shulchan Aruch traces the custom of dipping an egg in salt water on the night of the Seder to this phenomenon of the calendar. We dip an egg — which is sign of mourning — at the Seder to commemorate Tisha B’Av and the destruction of the Bais HaMikdash. Why is this theme linked to Pesach?

The answer is that if 5 months from now we will commemorate another Tisha B’Av, it is because we did not properly learn the lesson of Pesach. We forget the lesson of the “two dippings”. We can only remedy the sin of Gratuitous Hatred, symbolized by the dipping in salt water, through the unity symbolized by the bundle of hyssop.

There are many reminders of the connection between Destruction and Redemption. The way that we can emerge from the Destruction that we are experiencing, and merit the Redemption that we so desperately need, is by once and for all remedying “dipping (Yoseph’s coat) into blood” by creating its antidote of “dipping with the bundle of hyssop – through one common bundle of unity.”

This write-up is adapted from the hashkafa portion of Rabbi Yissocher Frand’s Commuter Chavrusah Torah Tapes on the weekly Torah Portion. The halachic topics covered for the current week’s portion in this series are:

New! Yad Yechiel Institute is on-line! Visit http://www.yadyechiel.org !For information via email, you may also write to [email protected]

Rabbi Yissocher Frand: In Print
and is available through your local Hebrew book store or from Project Genesis, 1-410-654-1799.