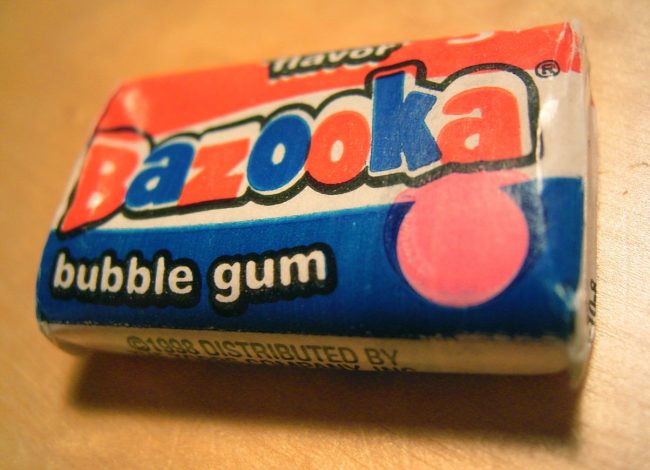 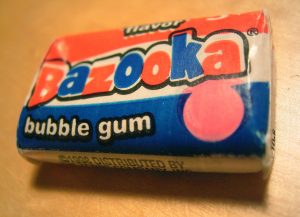 In this week’s parsha Yaakov wanted to appease the viceroy of Egypt who had taken his son Shimon as a hostage and had demanded that Binyamin be sent down to Egypt. Yaakov sends a variety of food gifts, among them an item the Torah terms botnim. (Genesis 33:11) Rashi says, “I don’t know what botnim are,” then he adds, “Rabbi Meir explains them as pistachios, and I think they persimmons.”

When I was a child my rebbe told us, “you see? Rashi said, ‘I don’t know!'” We were supposed to learn something from that — although I was not sure exactly what until I heard a story last week.

The dark-coated boys gathered around the Rabbi who had just emerged from a store in the Meah Shearim section of Jerusalem. Craig, who was spending a year of Torah study in Israel after graduating from a coed Jewish High School, saw the scene out of the corner of his eye. Then he realized that a picture of the Rabbi who had attracted all the attention hung on his classroom wall. Indeed, his favorite teacher could not stop singing the praises of this brilliant and equally humble Torah Sage. “Yes,” thought Craig, “it is none other than Rabbi Shlomo Zalman Auerbach.”

Quickly, he raced over to partake of the conversation — he, too, wanted to speak to the great man.

“How does one reconcile the opinion of Rambam with the Gemorah in the third chapter of Bava Kama?” one asked. “How can one answer the contradictory opinions of the Shach in Choshen Mishpat ” another demanded.

“Does the Rav concur with the ruling of the Chazon Ish (Rabbi A. Y. Karelitz) regarding the completion of electrical circuits on the Sabbath and Festivals?” another probed.

To each young man the sage had a simple reply. “Look at the Pischei Tshuva in Yoreh Deah,” he nodded at one.

“The Maharam Shick asks your question in Bava Kama;” he smiled at the next, the complex Talmudic reasoning flowing effortlessly.

“Look in the 12 chapter of my work Minchas Shlomo,” he replied humbly. I discuss it there in detail.

So it went: deep question; short answer. Eventually, some of the boys went away, and the crowd got smaller. Craig’s mind raced. While he was no student of the Talmud, he badly wanted to partake in the banter, but what could he ask this great scholar?

Suddenly, a warm hand was outstretched and a broad smile appeared on Rabbi Auerbach’s face. The rabbi was shaking his hand. A few of the older boys were watching the encounter of the Gadol HaDor and the American high school kid.

“And how can I help you?” asked the Rabbi.

Craig’s mind raced. “Umm… Umm…,” he stammered. “Is it true that Bazooka® Bubble Gum is really kosher in Israel?”

Rav Shlomo Zalman stopped. He pondered. He shook his head. “This is something I really don’t know,” he said. “You have truly stumped me.”

Craig went back to his Yeshiva a different boy. He, a simple graduate of a Hebrew day-school had asked the generation’s leading sage a question that he could not answer! Thus encouraged, Craig finally got serious about Torah study. All his frustration about not understanding Talmudic complexities had dissipated. After all, the great Rabbi Auerbach could not answer his question!

When I learned the Rashi for the first time at the age of seven, I could not get over the fact that Rashi did not know something. I was even more amazed that although Rashi had two alternate explanations, he boldly opened his commentary by stating, “I don’t know.”

Rashi sends a message to every student. You can still be a Rashi — the single greatest commentator on the entire Torah, Prophets, and Talmud and still not know the translation of a simple word!

Rashi clearly sends a message that one not need be afraid to declare on a tiny and perhaps insignificant translation — one that can be interchanged with a variety of variables from pistachios to persimmons — “I don’t know.”

What is the exact reason for Rashi’s declaration? Did he have in mind all the intensity that I set forth?

I have grappled with those questions since that day in third grade. I got from Rashi what I had to get. What he meant — I really don’t know.