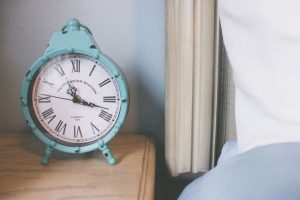 Hashem has different ways in which He reveals Himself to mortal men. The Torah tells us that Moshe was special. Moshe’s revelation was termed face-to-face. Others, however saw Hashem in a vision. This week the Torah tells us of Avram’s vision. It is more than a vision. In fact, it is very animated. “And the word of Hashem came to Avram in a vision, “Fear not, Avram and He took Avram outside and said, ‘Count the stars, if you are able to count them… This shall be your offspring” (Genesis 15:1-5).

Avram goes outside and tries to count the stars. Then he goes back inside, and the Torah tells us that Avram has another vision. This one, however, takes on another type of medium. “the sun set and a deep sleep fell upon Avram and behold a dark fear descended upon him” (Genesis 15:12).

It is interesting to note the contrast between the two visions. The first seems dynamic and upbeat. The second begins with a sense of doom. Commentaries explain that the first vision engendered the good news about the growth and future prosperity of Avram’s descendants. The second vision predicted the doom and exile of the Jewish people in Egypt. That is why Avram trembled. But it seems Avram trembled as a” a dark fear descended upon him,” even before hearing the news about the Egyptian bondage. In fact, the fear set in as soon as the deep slumber fell upon him. Could the sleep alone have precipitated the premonition of fear? Perhaps the deep slumber set off some impending feeling of despair that caused the great fear. How?

Rabbi Shimshon Zelig Fortman was the Rav of Congregation Knesseth Israel in Far Rockaway during the 1940s. During that period, the naysayers had all but discounted any chance of a rebirth of Orthodox Jewry. They had hardly a voice in Washington, they were disorganized and fragmented, and the destruction of European Jewry was almost the last nail in the alleged coffin of traditional Torah Yiddishkeit. Rabbi Fortman had a young son-in-law, Moshe, who had studied in Yeshiva Ner Israel in Baltimore. He would tell his father in-law how he saw a future for Orthodox Jewry that was filled with honor and power. Their representatives would have direct access to Congress, the Senate, and even the President of the United States. They would influence legislation with their values and fill stadiums and coliseums with Torah assemblies and prayer gatherings!

Rabbi Fortman was very concerned about his young son-in-law’s ivory-towered dreams. He felt that he the dreams distracted him and he would never accomplish anything. Rabbi Yosef Kahanamen, the Ponovezer Rav had recently come to America to raise funds for his Yeshiva in Israel and was staying by Rabbi Fortman in Far Rockaway. Surely, Rabbi Fortman thought, Rabbi Kahanamen would terminate Moshe’s fantasies and teach him about the realities of accomplishment.

Moshe and Rabbi Kahanamen met for nearly an hour. The Rav listened intently and then told young Moshe, “Dream my son. Continue to dream. In fact you can continue to dream as long as you live. But remember one thing. Never fall asleep.”

Young Moshe was eventually known to hundreds of thousands of Jews world-over as the man who may have been one of the most influential personalities in the emergence of Torah Jewry today Rabbi Moshe Sherer, the President of Agudath Israel of America until his passing this past year.

Perhaps, homiletically, Avram began to tremble the moment that sleep set in. He understood that great visions of grandeur might occur in a dream. But nothing good could appear if he fell asleep! Because if the visionary falls asleep then all the dreams are lost in slumber!