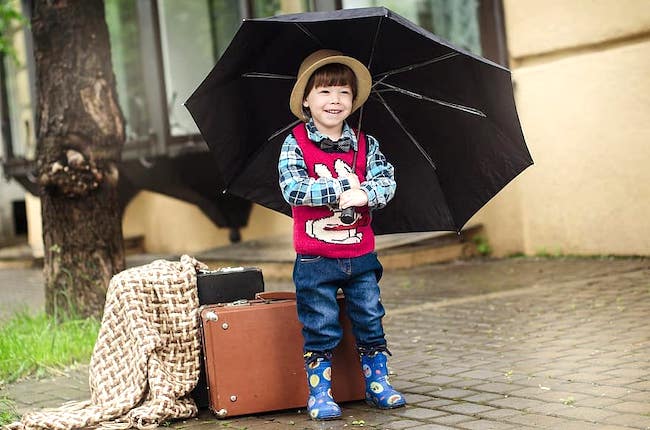 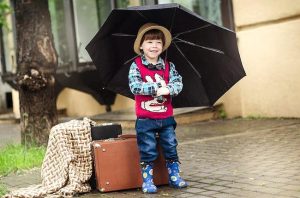 Noach lived through trying times to say the least. He survived not only a generation of spiritual chaos, but physical annihilation as well. However, Hashem walked with him and guided him. He instructed him every step of the way. He warned him of the impending flood. He instructed him to build an ark. He told him to bring all the animals to the ark. Yet Noach is labeled as a man who was lacking in faith. The Torah tells us that, “Noach with his wife and sons and his son’s wives with him, went into the ark because of the waters of the Flood” (Genesis 7:6).

Rashi quotes a Midrash which proclaims that Noach, to a small degree, lacked faith as he only entered the ark “because of the waters of the Flood.” The implication is that Noach did not enter the ark until the rain forced him to.

The obvious question is how can we say that Noach lacked, even to a tiny extent, faith? He had to believe! After all, he spoke to Hashem! He built the ark! He gathered all the animals! He was the only one in his generation to worry about the impending doom! Surely, he must have believed! Why is there a complaint against Noach? What is wrong in waiting until he had no choice but to enter? To what degree is he considered lacking in faith?

In a small town there was a severe drought. The community synagogues each prayed separately for rain, but to no avail. The tears and prayers failed to unlock the sealed heavens, and for months, no rains came.

Finally, the town’s eldest sage held a meeting with prominent community rabbis and lay leaders. “There are two items lacking in our approach, faith and unity. Each one of you must impress upon his congregation the need to believe. If we are united and sincere, our prayers will be answered!” He declared that all the synagogues in the city would join together for a day of tefilah. Everyone, men women and children would join together for this event. “I assure you,” he exclaimed, “that if we meet both criteria – faith and unity – no one will leave that prayer service without getting drenched!”

There was no shul large enough to contain the entire community so the date was set to gather and daven in a field! For the next few weeks all the rabbis spoke about bitachon and achdus (faith and unity). On the designated day the entire town gathered in a large field whose crops had long withered from the severe drought. Men, women, and children all gathered and anxiously awaited the old sage to begin the service.

The elderly rabbi walked up to the podium. His eyes scanned the tremendous crowd that filled the large field and then they dimmed in dismay. The rabbi began shaking his head in dissatisfaction. “This will never work,” he moaned dejectedly. “The rain will not come.” Slowly he left the podium. The other rabbis on the dais were shocked. “But rebbe everyone is here and they are all united! Surely they must believe that the rains will fall! Otherwise no one would have bothered to come on a working day!”

The rabbi shook his head slowly and sadly.

“No. They don’t really believe,” he stated. “I scanned the entire crowd. Nobody even brought a raincoat.”

The level of faith that the Torah demanded from Noach would have had him bolt into the ark on the very morning that the Flood was meant to come. He had no inkling of the ferocity that was impending at the storm’s first moments. Though it began as a light rainstorm his waiting until being forced by the torrents is equivalent to one who hears predictions of a tornado and stands outside waiting for the funnel to knock at his door. Noach should have moved himself and his family in the ark at zero hour without waiting for the rains to force him in. The instinctive faith should have kicked in turning the bright sunny day that he may have experienced into one that is filled with fatal flood water. But he waited to see if it would really come. And for that he is chided.

How often do we cancel plans or change a course of action on the say-so of the weatherman, but plan our activities so in contrast with the predictions of the Torah? Even Noach, who built the ark under intense pressure, is held accountable for the lack of instinctive faith that should have been interred in his bones. And on that level of faith, unfortunately, all of us are a little wet behind the ears.