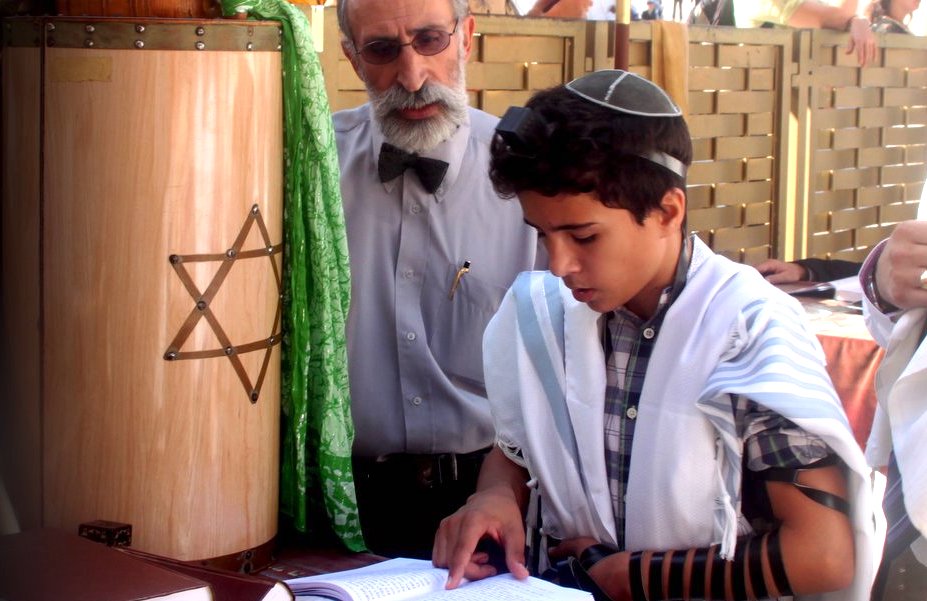 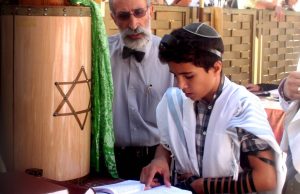 Children play a major role in this week’s double portion. In Nitzavim, Moshe tells the nation, “You are standing today, all of you, before Hashem.” He enumerates the different categories of people, from elders to water-carriers, and he makes sure to include everyone, even the small children (cf. Deuteronomy 28:9-10).

Shouldn’t the Torah say “all the days that they live on the land to which they are crossing the Jordan”? After all, we are teaching them, not the adults! Why does the Torah tell us to teach the children, for all the days that their parents live on the land to which you are crossing the Jordan, to possess it?

Lieutenant Meyer Birnbaum was one of the only Orthodox US army officers commissioned during World War II. Last year, he spoke at our yeshiva, and though I was enraptured by the harrowing tales of his war-time activities, one small incident that occurred to him as a young boy growing up in the Brownsville section of Brooklyn during the Depression did not escape me.

In those days, few young men attended yeshiva or were committed to vigorous Torah observance. Meyer went to public school as well, but his parents wanted to raise him as an observant Jew. His friends would often make fun of his yarmulka, and few attended his bar-mitzvah. But that did not deter him. In fact, from the time he was old enough his mother would make sure that he attended the mincha service.

Imagine the sight. A young boy coming to pray together with a group of elderly men who were hanging on to their tradition while their inheritors looked for newfound freedoms outside the decaying walls of the synagogue. Even the men who came to pray were only there to say kaddish for a dearly departed. So when young Meyer entered the portals of the shul for the very first time their eyes widened in amazement. Their shock turned to pity as they assumed the young boy came to shul for the same reason that most of them came, and for the very reason that they prayed their children would one day come the sole purpose of saying kaddish.

The moment came when the kaddish yossum, the mourner’s kaddish, was to be recited, and the congregation began in a cacophonous unison the hallowed words, “Yisgadal V’Yiskadash.” Meyer just stared up into space, waiting to answer the first responsive Amen. He was startled by the jab in the ribs by a crooked finger, which left his searing side and began pointing to the correct place in the prayer book.

“Nu!” shouted the man, “They are saying kaddish!”

“I know that they are saying kaddish!” answered Meyer.

“So, what are you waiting for? Say along!”

Meyer did not understand where the conversation was heading. But he had no time to think when another old man looked his way, motioning for him to join the mourners in the kaddish recitation!

“But I don’t have to say kaddish!” answered Meyer tearfully, “my parents are alive!”

“Your parents are alive?” asked the old-timer incredulously.

“Yes, thank G-d, they are both alive! Why do you think that they are dead and that I should say kaddish?”

They gathered around him as the final Amen was said and explained their actions. “We could not imagine someone your age coming to shul for any other reason!”

The Torah tells us that children must be trained and taught not for post-parental existence, but rather it tells the parents “all the days that you live on the land to which you are crossing the Jordan.” You must teach them to practice while you can enjoy the nachas as well! Torah is a living entity, not only to pass from dying embers to rekindle new flames, but rather to pass a vibrant torch with leaping flames onto the youth whose boundless energy will inspire new generations, when even you live on the land that Hashem has given you!