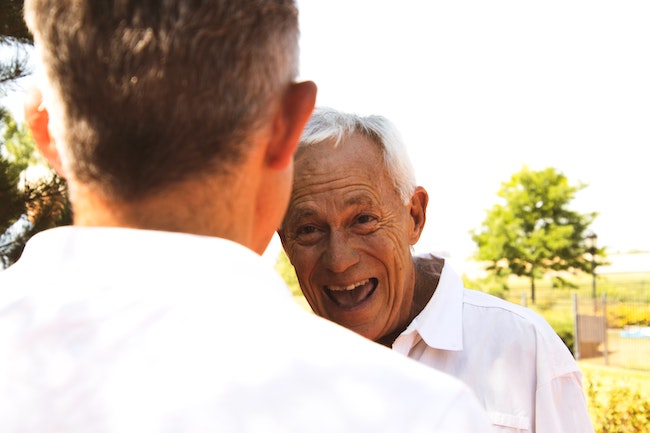 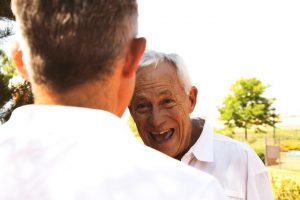 A recurring theme delineated in last week’s portion and reiterated in this week’s portion is the inherent responsibility of a father to teach Torah to his child. Jews mention both verses that contain these declarations during both, the morning and evening recital of the Shema read at Shacharis and Ma’ariv. One is in the first portion, the other in the second portion. In the first portion of Shema, taken from last week’s Torah reading, the Torah tells us, “You shall teach them thoroughly to your children and you shall speak of them while you sit in your home, while you walk on the way, when you retire and when you arise.” (Deuteronomy 6:7)

In the second portion of the Shema, taken from Parshas Ekev, the Torah seemingly repeats the theme with a slight variation. “You shall teach them to your children to discuss them while you sit in your home, while you walk on the way, when you retire and when you arise” (Deuteronomy 11:19)

Notice the difference. Last week, in Voeschanan, the Torah tells us to teach our children, then it tells us to speak words of Torah, “while in our homes and on the road, when we retire and when we rise.” However, this week, it seems that the Torah is spinning a variation on that theme.

It tells us to teach our children to discuss them (Torah) while you sit in your home, while you walk on the way, when you retire and when you arise.

It does not say, “teach your children to discuss Torah while they sit in your home, while they walk on the way, when they retire and when they arise.” Are we teaching them to discuss Torah while we go about our lives? What does their learning Torah have to do with our mundane activities? It seems that there is a pedagogical lesson to parents in their Torah-teaching relationships with their children in every aspect of a parent’s lives. What is it?

In 1987, Rabbi Yosef Karmel, currently National Director of Peylim/Lev L’Achim, was Director of Camp Agudah of the Midwest, in South Haven Michigan. One weekend he invited two prominent guests to the camp; Rabbi Eliezer Levin, one of America’s oldest and most revered rabbis, a student of the Chofetz Chaim, and the Rav of Detroit for nearly fifty years and his son, Rabbi Avraham Chaim Levin, dean and founder of the Telshe Yeshiva of Chicago, a member of the council of Torah Sages, of Agudath Israel, and one of the outstanding and dynamic leaders of American Orthodoxy. It was a rare and extraordinary occasion for the campers, and the atmosphere was spiritually charged. Guests arrived in South Haven to bask in the glow of two generations of Torah giants.

After the Shabbos services, Rabbi Karmel announced that while the campers would attend their regularly scheduled learning classes, Rabbi Avraham Chaim Levin would teach the Daf HaYomi, the daily-apportioned Talmudic folio, studied concurrently by Jews the world over, to the lay guests who had come to vacation that weekend together with the camp and the distinguished visitors.

As everyone dispersed from shul Rabbi Karmel felt a soft tap on his arm. “Where,” the elderly Rav of Detroit asked, “is the Daf Hayomi shiur taking place?” Rabbi Karmel understood that Rav Levin, ever the rabbinic gentleman, had somehow figured it to be improper for him not to attend the class along with all the other guests. In his humility, conjectured Rabbi Karmel, this scholar – who most certainly could spend the time studying Torah on his own lofty level, was about to sacrifice an hour sitting at a class geared lay people, all in the name of good manners.”

Reassuringly the camp director told the elderly Rav Levin, “There is no need for you to attend this shiur. It is intended for the Ba’ale Batim (lay people) and no one expects the Rav to attend.”

The elderly Rav looked at Rabbi Karmel with incredulity and uttered words, which Rabbi Karmel told me, he will never forget: “What? Do you think I would miss the chance to hear my son teach a blatt of Gemarah?”

(Rabbi Karmel added afterwards: “At the time of this story Rav Avrohom Chaim, soon to become a member of the Moetzes Gedolei HaTorah of America, had already served as a Rosh Yeshiva for more than thirty years. The shiur he was to say was not a singular event but rather an example of what he has done so well for many decades. There certainly was no question as to his ability to deliver a brilliant shiur. Yet, to his father it represented an opportunity to be amongst the listeners; a tangible nachas that was more real than all the fame his son had so deservedly accumulated.

We all understand that when our little ones come home from school with their first “Shabbos sheets” that it is pure nachas to listen to them. It is a palpable enjoyment for us and provides unparalleled encouragement for our kids. There is hardly a Jewish father alive who does not make a big deal about every word repeated from those hallowed stencils. Only a Gadol like Rav Leizer Levine could still retain that same undiluted nachas from a son almost sixty years after kvelling over the first recitation of Torah Tziva Lanu Moshe…)

Perhaps, on a homiletic level, the Torah is telling us not only to teach children, in a way that they will retain it for themselves, but rather in away that will unite parents and children forever. Teach them to speak Torah, in your house, when you go on your way, when you retire and when you arise! Show them that you cherish their spirituality, whether they are accomplished professionals or preeminent Torah scholars.

Let the Torah of the latter generation penetrate the ears of the former, and let them forever harmonize the music that will bind them forever.

Dedicated to Baila bat Rachel, and Aharon ben Leah for a complete recovery- refuah shelaymah – with Hashem’s Help- by Devorah.