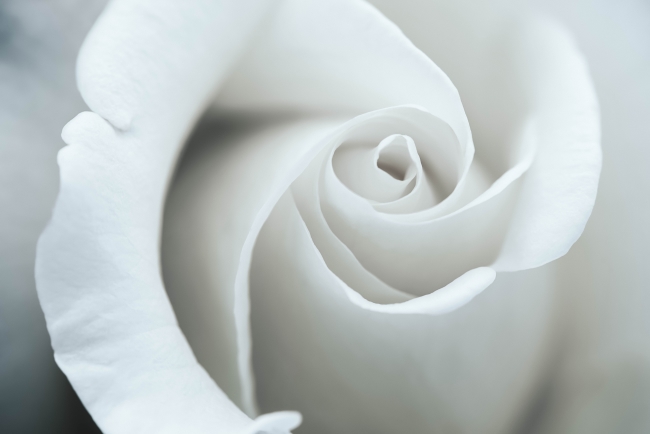 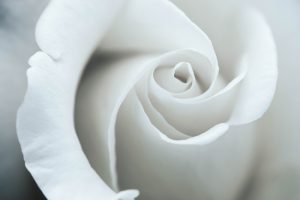 At first glance, Tum’ah is beyond our comprehension. However, says R’ Gedaliah Nadel z”l (1923–2004; one of the heads of Kollel Chazon Ish in Bnei Brak, Israel), nothing in the Torah is beyond man’s grasp. There are Halachot that are not intuitively obvious, but, once the Torah has taught them, we are capable of grasping them. Indeed, this necessarily follows from the fact that Torah was given to mankind.

He continues: A person consists of a body and a Nefesh / soul. Every pain or pleasure is felt in man’s soul. For example, if a person has a rash, he feels pain or discomfort apart from the physical malady; that is his soul reacting to his physical condition. And, if a sensitive person enters a room where there is a corpse, it causes him discomfort. That discomfort actually is a this-worldly manifestation of the Tum’ah that his soul is sensing. If one touches something dirty, he can wash his hands with soap and be clean; simple dirt does not leave an imprint on the soul. But, if one handles a Sheretz / dead rodent, washing-up afterward does not do away with the uncomfortable feeling that a sensitive person would have, because it does not do away with the Tum’ah he has contracted. Of course, we cannot categorize different levels of Tum’ah using our own intellect. But, once the Torah has taught us that they exist, we can sense their existence. (B’Torato Shel Rav Gedaliah p.192)

“On the eighth day, the flesh of his foreskin shall be circumcised.” (12:3)

Our Sages say that when a baby cries during his Brit Milah, it is an auspicious time for prayers to be accepted. Why?

R’ Shlomo Amar shlita (Sephardic Chief Rabbi of Yerushalayim) explains: We read about Bnei Yisrael who were enslaved in Egypt (Shmot 2:24), “G-d heard their moaning, and G-d remembered His covenant with Avraham, with Yitzchak, and with Yaakov.” Moaning is an expression of feelings without using words. When one’s pain is too great to express in words, he moans. That is why Hashem responded to Bnei Yisrael’s moaning–because the pain of the enslavement had become unbearable.

R’ Amar continues: There is another reason why Hashem responds to Bnei Yisrael’s moans. G-d made angels whose job is to keep out the prayers of unworthy individuals. However, angels cannot read a person’s thoughts. Thus, a moan, a wordless prayer which might be accompanied by thoughts of repentance, cannot be kept from reaching G-d’s Throne. This also is why the sound of the Shofar is said to confuse the prosecuting angel. The sound of the Shofar carries our thoughts to Heaven without words, so the angels whose job is to screen prayers cannot evaluate its worth. When the prosecutor sees that Hashem accepts this “prayer,” he becomes flustered and is unable to continue.

Likewise, R’ Amar concludes, the wordless cry of a baby at the time he enters the Covenant between Hashem and the Jewish People cannot be prevented from reaching the Throne. With it, it can carry the prayers that those assembled for the Brit Milah offer at that time. (Haggadah Shel Pesach Mi’yamim Yamimah p.123)

“If there shall be a Tzara’at affliction in a garment, in a woolen garment or a linen garment.” (13:47)

R’ Ovadiah Seforno z”l (1470-1550; Italy) writes: Garments do not change colors unless the colors are placed there by a person–either intentionally or by accident–or as result of a reaction between the garment and another substance. We have a tradition, however, that the laws of Tzara’at apply only to white garments that have no colors at all. [Thus, Tzara’at cannot be attributed to an error in the dyeing process.] Tzara’at on a garment or the wall of a house is a wonder that occurs to alert the owner to sins he has committed and is a reflection of Hashem’s great compassion on His nation. Mankind is the pinnacle and purpose of Creation, for only mankind, among all creations, can emulate G-d and know Him using man’s free will, a characteristic that only humans have. When a person reflects on the existence of Hashem, His greatness and goodness, that He is full of kindness and does righteousness and justice–when, after coming to this recognition, a person decides to emulate G-d–then he is more like his Creator than any other being. On the other hand, when a person’s heart is turned away from this because he has decided to follow his desires–when he entirely or only partly neglects the desires of his Creator–then he will be awakened by something bad happening to his flesh or his property [i.e., he will experience Tzara’at on his house, clothes or skin. However, this applies only to a person who merits Hashgachah Pratit/ direct intervention by G-d.] Those who are slumbering, who do not awaken to know any of what has been said above–which is true of most people, including most Jews–are left to the forces of nature, just like animals and all other creations, which also are not subject to Hashgachah Pratit. Because the generations no longer merit the level of Divine intervention in their lives that Tzara’at reflects, it has disappeared from the world and been forgotten, to the point that many people deny it ever existed. (Be’ur Ha’Seforno)

“The Kohen shall go forth to the outside of the camp; the Kohen shall look, and behold! — the Tzara’at affliction had been healed from the Metzora.” (14:3)

R’ Shmuel d’Ouzida z”l (Tzefat, Eretz Yisrael; late 1500’s) writes: It is well known that a patient’s mental health affects his ability to recover from a physical ailment. One might have expected, therefore, that a Metzora would not be quarantined outside of the camp all alone, but rather would have been told to remain in the most comfortable surroundings possible. The Torah is teaching, however, that Tzara’at is not a physical ailment but rather a physical manifestation of a spiritual illness. The cure for Tzara’at is not rest; it is Teshuvah. This, explains R’ Shmuel, is why our verse says, “The Tzara’at affliction had been healed from the Metzora.” If the Tzara’at is healed, it is “from the Metzora” himself; because he found the strength within himself to repent. (Midrash Shmuel: Introduction)

“For the person being purified [from Tzara’at] there shall be taken two live, kosher birds . . . and the one bird shall be slaughtered . . . he shall set the live bird free upon the open field.” (14:4-7)

Why take a bird only to release it back into the wild? R’ Yehoshua Rokeach z”l (1825-1894; second Belzer Rebbe) explains: The Zohar teaches that Tzara’at is not only a punishment for speaking Lashon Ha’ra, it also is a punishment for those who, because of excessive humility, do not speak up when they should. A person needs to know that there is a time for silence, but also a time and place for saying what must be said. This is symbolized by two birds–creatures that have a tendency to chatter. One is slaughtered, symbolizing the need to remain quiet, while the other is released, symbolizing the need to talk. (Sefer MaHaRY)

“[Rabban Yochanan ben Zakkai said to his students:] Go out and discern which is the evil path from which a person should distance himself. Rabbi Eliezer says, ‘A bad eye.’ Rabbi Yehoshua says, ‘A wicked friend.’ Rabbi Yose [Hakohen] says, ‘A wicked neighbor.’ Rabbi Shimon [ben Netanel] says, ‘One who borrows and does not repay.’ . . . Rabbi Elazar ben Arach says, ‘A wicked heart’.” (Chapter 2)

Rabbeinu Yonah Gerondi z”l (Spain; died 1263) comments: In the immediately preceding passage, Rabban Yochanan ben Zakkai asked his students their opinions of the proper path to which a person should cling. Why is he now asking their opinions about the evil path from which a person should distance himself? Wouldn’t he expect them to just give the opposite of their prior answers?

R’ Yonah continues: Rabbi Eliezer identified “a good eye” (i.e., generosity) as the proper path, and “a bad eye” (i.e., miserliness) as the path to avoid. One might have argued that generosity is good, but the absence of generosity is neutral, since it does not deprive others of that which belongs to them. Rabbi Eliezer teaches that this is not the case. In fact, Rabbi Eliezer is teaching us that our initial assumption is incorrect. It is bad not to strive to be a “Chassid.” This is what King Shlomo meant when he wrote (Kohelet 10:1), “Dead flies putrefy the perfumer’s oil; a little folly outweighs wisdom and honor.” One might argue: Flies are so tiny! How can they spoil a large vat of perfume?! Nevertheless, it is a fact that they do. So, too, a little folly outweighs wisdom and honor. The absence of even one good trait has a significant effect on a person’s overall quality. (Commentary to Pirkei Avot)