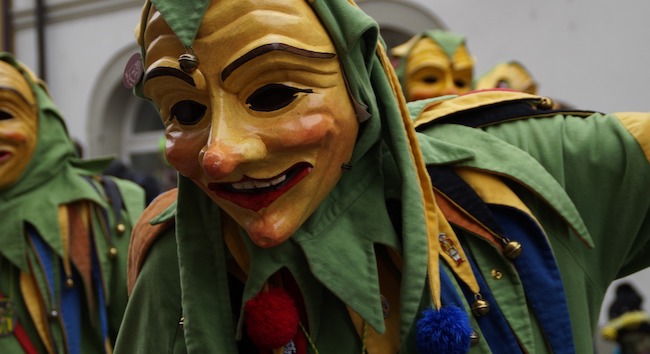 The Fools of the World 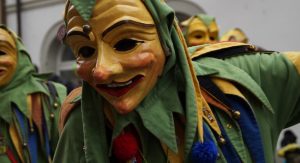 And Lavan answered and said to Yaakov, “The daughters are my daughters, and the sons are my sons, and the animals are my animals, and all that you see is mine. Now, what would I do to these daughters of mine today, or to their children, whom they have borne? (Breishis 31:42)

Lavan was positioned to be one of the great people of all time. Rochel and Leah were his daughters and our sages tell us that Bilhah and Zilpah were also his progeny. He was as much a patriarch of the Nation of Israel as Yitzchok Avinu if not more. All twelve tribes of Israel were his grandchildren. In the end he is one of the most diabolical villains of our history. He gets dishonorable mention in the Haggadah every year as being worse than Pharaoh who wanted to destroy only the males while “Lavan wanted to uproot everybody”. What went wrong?

The Maharal identifies this as the first and deepest root of anti-Semitism. He explains that there are five generic categories of entities in the universe; 1) Inanimate, 2) Organic-Growing 3) Animal 4) Speaking Human, 5) Israel – Servant of HASHEM. He explains that one group does not cannibalize its own species. Usually a parent wants to protect his young and in the human world even grandchildren are revered. However when his daughters became Israel-Servants of HASHEM, then his deep hatred eclipsed his natural paternal love. His children produced a Holy Nation in spite of him not because of him. He can accept no credit.

In a futuristic story the Talmud (Avoda Zara 2A-B) tells us of conversation between The Almighty and the nations of the world when the Epoch of the Moshiach will have already dawned. Here it is in an abbreviated form: In the times to come the Holy One, blessed be He, will take a scroll of the Torah in His embrace and proclaim: “Let him who has occupied himself with this come and take his reward!” There upon the Kingdom of Edom (Rome) will enter first before Him… The Holy One blessed be He will say to them: “With what have you occupied yourselves?”

They will reply: “O’ Lord of the Universe, we have established many market-places, we have erected many baths, we have accumulated much gold and silver, and all this we did only for the sake of Israel that they might have the leisure to occupy themselves with the study of Torah.” The Holy One blessed be He will say in reply: “Fools of the world, all that you have done, you have only done to satisfy your own desires. You have established marketplaces for the purpose of prostitution, baths to indulge yourselves, and as for the silver and gold they are mine…Are there any amongst you those who have studied Torah?” They will exit in disgrace.

After Rome has departed Persia enters…And to the question of the Holy One Blessed be He, “What was your occupation?” They will answer, “We have constructed many bridges, conquered many great cities, we were engaged in many great wars, all for the sake of Israel to enable them to study Torah.” The reply to which will be, “All that was done by you was done for your own sake! Fools of the world, bridges you made for the collection of taxes, cities you conquered to impose labor and as to waging war, I am the Lord of battles…Are there any amongst you who have studied Torah?”

The Brisker Rav ztl. asked about the truthfulness of this dialogue. These nations are making up a last minute story just to ride on the coattails of the Jewish Nation that did devote itself to Torah study. They’re telling lies and making excuses. Why then does The Almighty only refer to them as “fools of the world”? They should rather be called what they really are-“liars”.

In the grand scheme of things they are really telling the truth. They made bridges and banks that benefited the Jewish People and actually enabled them to study Torah. The reason they are more fittingly titled “fools” is because they only failed to have that benefit in mind. Lavan too missed a golden opportunity. Everything was his as he declared. It could have remained his, but such are the fools of the world.