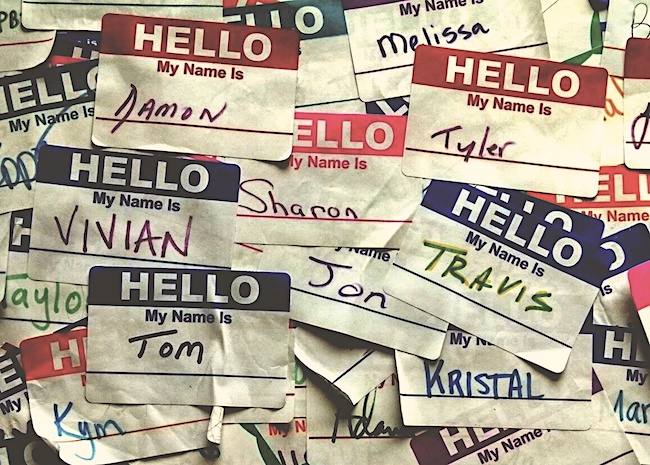 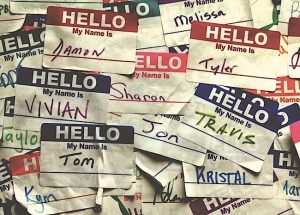 And G-d remembered Rachel, and G-d hearkened to her, and He opened her womb. And she conceived and bore a son, and she said, “G-d has taken away my reproach.” So she named him Joseph, saying, “May HASHEM grant me yet another son!” (Breishis 30:22-24)

As each of Yaakov’s children were born the Holy Torah takes the time to tell us their names and the reason for those names. There’s a whole lot of naming going on. What’s in a name? Plenty! A name describes a person’s potential. A parent therefore is imbued with a touch of prophecy when giving their child a name.

I can tell a host of stories regarding the naming of each of my children. I will share one here now. My wife and I had already been blessed with three wonderful boys and she was expecting a 4th. It was Erev Shabbos – Tisha B’Av 28 years ago. The day that was to be the most austere and serious day of the year was being displaced with the splendor of Shabbos this year.

We were readying for that Holy occasion when my wife started to feel pangs, birth pangs. They were getting more intense and frequent. We quickly distributed the boys to kindly neighbors and made our way to the hospital to be there before Shabbos!

At 8:17 that summer evening my wife gave birth to a beautiful baby boy. Moments later we were sitting together in the hospital room singing Shalom Aleichem and Eishes Chayal, making Kiddush and enjoying the food we had brought along. It was surreal and serene.

We began to discuss names. We floated names that would be relevant to Tisha B’Av like, Menachem, or Nechamia. Neither of us had any clear preference. After the meal, my wife needed to rest and I started on a five mile trek back home.

All along the way I was mixing and matching names in my mind. I just couldn’t shake this one name. Simcha Zissel! Every name somehow got connected to and mixed in with Simcha Zissel.

Three and a half miles along I found myself passing by my Rebbe’s house. I knocked on the door. They had just finished their Seudah. He was surprised to see me. He asked me what had brought me there at this hour. I told him the good news that my wife and I just had a baby boy. He wished a hearty Mazel Tov and asked, “When was the baby born!” I told him with pride, “Moshiach is born on Tisha B’Av!” He asked again, “What time was the baby born?” I said, “8:17” (That was twilight time – no longer day and not quite night). He told me that he’ll put on his Tefillin the 8th B’Av L’Chumra – to be strict.

I felt the air being taken out of my admittedly over inflated ego. He felt it too and he told me right away that the 8th day of Av is an auspicious day as well. I asked him what is so special about that day. He said, it’s the Alter from Kelm’s Yurtzeit. I said, “You mean Simcha Zissel!?” He acknowledged, “Yes!” I told him that I could not shake that name the whole way here!

The next day right after Shabbos I went to visit my wife in the hospital and I told her about the entire amazing dialogue. “So we have a name, Simcha Zissel!” My wife objected. “Simcha is often a girl’s name and Zissel is more often a girl’s name. I’m not naming my son with two girl’s names!” So I went back to my Rebbe and the suggestion was made, that since I was working for Ohr Somayach which was named for Meir Simcha from Devinsk, who had no surviving descendants, perhaps we could combine the names together. My wife agreed and was delighted, and now this Meir Simcha Zissel has been generating a sweet and joyous light ever since, just like his name.