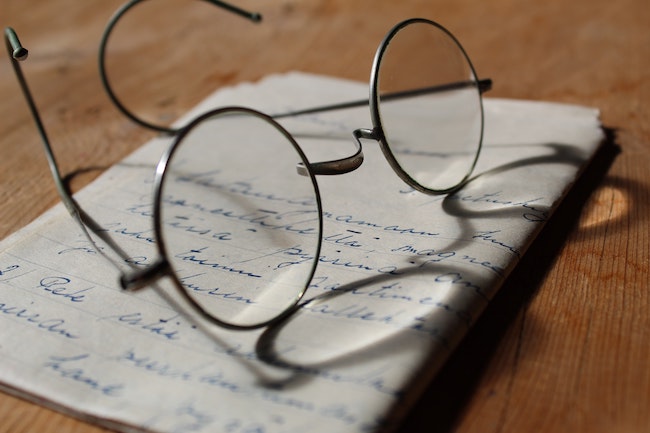 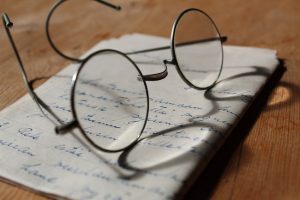 THE TORAH ONLY mentions the birth of Avraham in passing at the end of Parashas Noach. When Lech Lecha begins seven verses after that it is also seventy years later, and Avraham’s third test:

God said to Avram, “Go from your land, your birthplace, and your father’s house, to the land which I will show you…” (Bereishis 12:1)

As mentioned previously, it was Avraham who, at the age of 52, ushered in the two thousand years of Torah. The previous 19 generations had pushed God’s Presence to the seventh heaven. Then:

Avraham came along and returned it to the sixth level. (Bereishis Rabbah 19:7)

Avraham’s discovery and pursuit of God led to a revelation of God, and a reunification of the letters Yud-Heh with Vav-Heh. The trend continued with his descendants:

This is part of what made the Avos—the Forefathers—so unique. They were able to single-handedly elevate history from the depths of spiritual despair to the heights of spiritual greatness.

The loyalty of the Avos to God was made clear to Moshe Rabbeinu while still in Egypt at the end of Parashas Shemos. Pharaoh had made unbearable slavery even less bearable, and it caused Moshe to voice his despair:

“God, why have You done such evil to this people? Why have You sent me? Since I came to Pharaoh to speak in Your Name, he has made matters worse for this people. You have not delivered Your people at all!” (Shemos 5:22-23)

God had told Moshe that he would not be successful at first in convincing Pharaoh to free the Jewish people, but He had not told Moshe that his demand would worsen the slavery. Distressed by the turn of events, Moshe complained to God about it, Who, according to the Talmud, had this to say:

“It is a shame about the ones who are lost and are no longer to be found. Many times I revealed Myself to Avraham, Yitzchak, and Ya’akov as El Shaddai, and they never questioned Me, nor did they ask, ‘What is Your Name?’ I told Avraham, ‘Arise, and walk the length and width of the land that I am giving to you.’ (Bereishis 13:17). Yet when he wanted a place to bury Sarah, he couldn’t find anything until he purchased land for 400 shekels!” (Sanhedrin 111a)

And he did not complain once. Yitzchak had to dig five wells before he had one that the Philistines would not fill in, and he never complained about it. Ya’akov had to flee from Eisav, survive Lavan, and live in exile for 36 years. His daughter was abducted and violated by a local lowlife, and his favorite son went missing for 22 years. And he never complained to God about any of it.

Like his father and grandfather before him, Ya’akov trusted God, for the good and the bad. Their devotion had been perfect though their lives had been far less that idyllic. And there was Moshe, witnessing the redemption the Avos could only dream about, and he was complaining about the methodology!

Though Yud-Heh and Vav-Heh may have appeared separated in the minds of most of the people at that time, it never appeared that way to the Avos. And they were committed to spreading that intellectual and spiritual clarity to the rest of the world through their own lives.

Avraham had all those who passed by and stayed call out in God’s name. How did he do it? After they ate and drank and stood up to bless him, he would tell them, “Was it mine that you ate? It was from that which belongs to God of the world that you ate! Thank, praise, and bless the One who spoke and created the world!” (Sotah 10b)

For, as Rebi Akiva has said:

Love your neighbor as yourself is a major principal of the Torah. (Yerushalmi, Nedarim 30b)

And therefore? What about all the Torah in-between that doesn’t always seem to be about doing chesed? Or doesn’t it? This is how the great Hillel, when speaking to a potential convert, defined Judaism:

Don’t do to others what you don’t want done to you. This is the entire Torah; the rest is commentary. (Shabbos 31a)

Really? The rest of Torah is only commentary? Even mitzvos like Shabbos, or kashrus, or the Yom Kippur service, and all of the other between man and God mitzvos? Is that the truth, or a marketing ploy?

This would suggest the former:

God appeared to him at the Oaks of Mamre while he was sitting at the entrance to his tent in the heat of the day. He looked up and saw that there were three men standing a short distance from him. Seeing them, he ran toward them from the entrance of the tent, and bowed down to the ground. (Bereishis 18:1-2)

After all, Creation itself was a tremendous act of chesed. God is perfect beyond human understanding. By definition, He lacks nothing, so there is nothing our existence can ever give to Him that He didn’t already have before, no matter how righteous we become. He made creation completely for us, completely for our benefit.

Man was created b’tzelem Elokim to make it clear that we are here to be like God. Talking with God is an unparalleled pleasure, but being like God is unparalleled fulfillment, of a person and of Creation. When a person talks with God, God is still outside of them. When a person acts like God, they bring God into them, fulfilling the verse:

This is a reason why Eretz Yisroel is such an integral part of the bris, the covenant that God made with Avraham:

God said to Avram, “Go from your land, your birthplace, and your father’s house, to the land which I will show you” (Bereishis 12:1)

Aside from being a gift from God to the Jewish people, survival there depends upon God’s unwavering chesed:

For, the land you are about to possess is not like Egypt from where you came, and in which if you sowed seeds, you had to bring water to them as you would for a garden of green herbs. The land you are about to possess has mountains and deep valleys, and is watered by rain from the sky—a land which God, your God, cares for—God, your God pays attention to continuously the entire year. (Devarim 11:11-12)

Life in Eretz Yisroel for a Jew, like no other place in the world, is dependent upon one’s relationship with God. The rains fall in their seasons elsewhere in the world whether people deserve them or not. In Eretz Yisroel, we live directly by the hand of God, as the dove “advised” us to do. It is not easy to do, perhaps even “bitter” sometimes, but it is the most spiritually rewarding way to live.

It is our appreciation and gratitude of God’s chesed that inspires us to to be kind to others. The mitzvos between man and God put us more in touch with God to better understand how He works. The mitzvos between people give us the opportunity to act like Him, tuning others into the reality of God as well, unifying the Yud-Heh with the Vav-Heh.

This was the way of the Avos, which is why:

There are two levels of understanding of Elokus—godliness. The first is when a person recognizes there is a Creator, and it is called “Ma’aseh Bereishis.” Another level deals with the way God runs the world, how God “rides” on His Creations. This is called “Ma’aseh Merkavah—Work of the Chariot.” This was the level and understanding of the Avos. (Tzidkas HaTzaddik 189)

A chariot carries its rider everywhere, but it never gives the impression that it is in control. The chariot—Avos—may have been the vehicle for transportation, but it was the driver—God—who was clearly the one in charge.

Thus, everywhere the Avos went, the reality of God as the Creator, Sustainer, and Maintainer of the Universe went as well, apparent to all through their words and deeds. Everything they did was a Kiddush Hashem—a sanctification of God’s name.

This was Avraham’s side of the covenant he made with God. Referred to as Bris Avos—the Covenant of the Forefathers, it didn’t just define our relationship with God. Rather, it became the very basis of and justification for all of Creation, and protects the Jewish people until this very day. When we commit to this way of life ourselves, we continue their legacy, and continue to justify all of Creation.

(Taken from “The Big Picture: Thirty-six Sessions to Intellectual and Spiritual Clarity”)