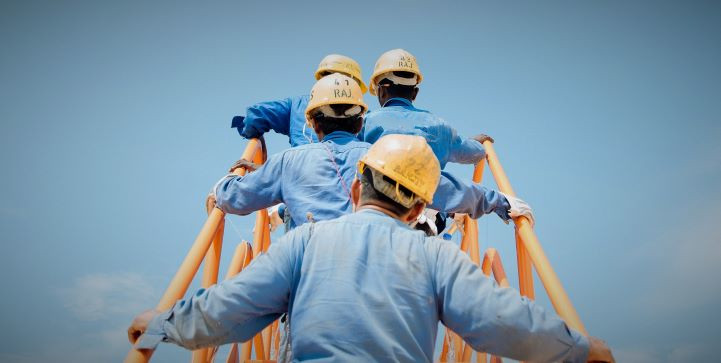 Who We Work For 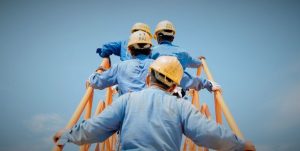 Halleluka…Servants of HASHEM, give praise; praise the name of HASHEM. (Tehillim 113:1) -from Hallel

Pesach is in the air! Everywhere people are working extra hard to be ready for the holy days of Pesach. Let us emphasize these words, “working hard”. For some reason it is one of those Yomim Tovim that no one can escape without “hard work”. Even if one is going to a hotel a lot of preparation and dislocation is involved. Why should it be so? It’s not for no reason!

Now I know this statement may sound shocking to our sensibilities but here it goes, “Slavery is not necessarily a bad thing!” We all know and agree that an abusive form of slavery is bad news and everyone is repulsed by it. However, we refer to ourselves in Hallel as servants of HASHEM. It’s a part of Hallel, the utmost enthusiastic praise of HASHEM! It is not a mournful dirge! It would be our crown to be included in that rare club of servants of HASHEM. Moshe was called a servant of HASHEM. Yehoshuah was called a servant of HASHEM. Dovid HaMelelch is referred to as a servant of HASHEM. We aspire to be worthy of such a title. So, it sounds like being a servant, a slave is not only not a bad designation, it may just be the most noble.

Now let’s get this straight. Isn’t Pesach all about freedom? We commemorate and celebrate and relive our exodus from Egypt and our freedom from the tyrannic rule of Pharaoh. That’s the story we grew up with! Now at this advanced age I am coming to realize that that is only half the story.

There is a reason certain images from the world reach our eyes. They give us a way of reflecting on our situation. We have all seen the scenes of youth, most often, dressed in ways that betray their dignity. They wander about lost and drugs and violence become commonplace. I am being ginger here and circumspect but I think we can all conjure up an image or ten million. Yet if one or a group of these same young people joins the military, or submits to a sports coach, or is involved in some religious training their appearance and level of achievement is multiplied and amplified by the millions. What is the difference? A coach, a boss, G-d can shape a man into something he could never make out of himself.

This contrast is for our edification. We did not get out of Egypt 3333 years ago to just be free to do whatever we want to do. We actually only changed employers. Instead of working a cruel dictator that did not have out best interest mind and who bullied into submission forcing us to engage in futile labor just to break our hearts and souls, we willfully submit ourselves to HASHEM Who has demonstrated his concern for our ultimate well being and Who encourages us to do actions that breath meaning into every step and every breath we take.

I am afraid that without a Rav, without a Shul, without a community, without Torah learning, without G-d any good and well-meaning Jew is at great risk of not only falling short of his potential but even becoming a hazard to himself and others, not unlike the wayward and destructive youth we referenced.

Great potential has a way of blossoming or imploding as Langston Hughes expressed in his poem, “What happens to a dream deferred? Does it dry up like a raisin in the sun? Or fester like a sore–And then run? Does it stink like rotten meat? Or crust and sugar over–like a syrupy sweet? Maybe it just sags like a heavy load. Or does it explode!?”