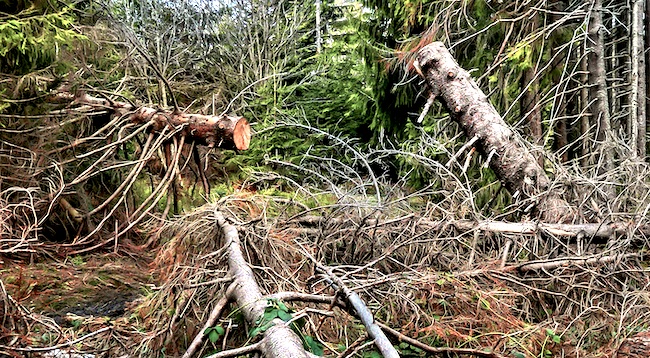 Fighting Back the Chaos 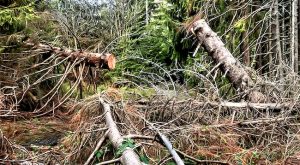 EVEN THOUGH THERE is a full week of Bein HaZmanim left before everyone returns to yeshivah and kollel, this week’s parsha kind of cuts it short a bit. It is so Rosh Hashanah-like. Fire and brimstone. Blessings and Curses, though we won’t actually get to them until right before Rosh Hashanah, b”H.

It is a very different world from the one last Rosh Hashanah. In some respects it is better since there are, so far, less restrictions in most countries regarding Coronavirus. But the situation is threatening to worsen, and the controversy concerning the virus and “vaccine” is growing. One word is the basis of all of it, though it is barely used. Scientists call it chaos, but the Torah calls it tohu:

The earth was null—tohu—and void… (Bereishis 1:2)

The thing about tohu is that you don’t have to create it. It’s there in Creation just waiting for every opportunity it can find to enter history and wreak havoc (Shabbos 88a). But to understand tohu and its primordial purpose is to be clear about the purpose of life, and that is what Rosh Hashanah and this week’s parsha are all about.

This is how the Ramchal described it:

God’s purpose in Creation was to bestow of His good to another…Since God desired to bestow good, a partial good would not be sufficient. The good that He bestows would have to be the ultimate good that His handiwork could accept. God alone, however, is the only true good, and therefore His beneficent desire would not be satisfied unless it could bestow that very good, namely the true perfect good that exists in His intrinsic nature…His wisdom therefore decreed that the nature of His true benefaction be His giving created things the opportunity to attach themselves to Him to the greatest degree possible… (Derech Hashem 1:2:1-1:3:2)

According to the Ramchal, mankind and all of the physical universe was created as a means to bestow Divine good to man. Being perfect, as God is, the good He wanted to bestow is the most perfect good possible for man to receive, and what good can be more perfect than God Himself? Therefore, man was created with the capacity to experience God in the most sublime way possible, and the universe was structured in such a way as to facilitate that sublime experience.

However, you don’t have to be a historian to know that most of human history has been anything but godly. You just have to look around. At least in the past people believed in some form of God. Today many people doubt the very existence of God, or at least His direct involvement in the affairs of man.

BEING LIKE GOD is clearly not instinctual, as the Ramchal explains:

For the intended purpose to be successfully achieved, means must exist through which this creature can earn perfection…

The key word is “earn.” Experiencing God is not an automatic aspect of daily life, but the result of doing that which puts a person in a position to be attached to Him. Therefore:

The Highest Wisdom decreed that man should consist of two opposites. These are his pure spiritual soul and his unenlightened physical body. Each one is drawn toward its nature, so that the body inclines toward the material, while the soul leans toward the spiritual. The two are then in a constant state of battle.

“Battle,” as in internal conflict. The components of this struggle are the yetzer tov—good inclination, and the yetzer hara—evil inclination. They are in a constant state of battle, constantly creating moral dilemmas. Without a yetzer hara, a person never thinks of doing anything morally wrong. Without a yetzer tov, a person just does what they feel like doing without regret.

They are not only opposites, they are paradoxical. After all, in a world that exists within the light of Ain Sof, God’s infinite light which is only good, how is there evil at all? How can a yetzer hara even exist in such a world?

The word means constriction, and is explained by the Arizal:

Know that at the beginning there existed a simple light called Ain Sof. There did not exist any hollow…everything was only Ain Sof. When He willed to make created beings…He constricted His light at the center point within Him…and a challal—a spiritual hollow—remained behind. (Aitz Chaim, Sha’ar 1, Anaf 2)

There is no way to really imagine what this was like, but in the “beginning,” all that existed was God’s infinite light, the Ohr Ain Sof—infinitely. Then God decided to make man and a world that would give him the opportunity of free will. So, at the “center” of infinity, He constricted His light and created a round hollow in which physical Creation could exist with man in it.

Tzimtzum was the game changer. Without it, nothing can exist but Ohr Ain Sof. With it, physical Creation can exist, and not just exist, but in a way that people can choose to either believe in God, or reject the idea. Atheism is not the result of intellectual proof, but the greatest manifestation of tzimtzum there is. Evil and the yetzer hara owe their existence to it.

IT WAS THE creation of tzimtzum that made it possible for a person to earn their perfection. It blocks God’s light so we can fight to reveal it. There may be a limit to how much we can do this, as God told Moshe Rabbeinu on Har Sinai—

—but do it we must, and to the best of our ability.

In fact, it is so central to the purpose of life that God acts as if His revelation depends only on us:

Rebi Azariah said in the name of Rebi Yehudah bar Rav Shimon: When the Jewish people do the will of God, they add strength above, as it says, “Through Elokim we will do valiantly” (Tehillim 60:14). When the Jewish people disobey God, they weaken the strength above, as it says, “Of the Rock that bore you are you unmindful” (Devarim 32:18). (Eichah Rabbosai 1:33)

When a person learns Torah, they access the Light of 25, the Ohr HaGanuz. This reverses the tzimtzum, and makes God more real to them, more tangible. This in turn inspires them to live more like God, to overcome the yetzer hara in order to resolve moral dilemmas in favor of the yetzer tov. Mitzvos are just the means to do this.

This not only earns a person reward in the World-to-Come, it affects the entire world. The more we reveal God, the more revealed God acts in history. The more real God becomes to us, the more real He will become to the world. He has made His physical strength, so-to-speak, a reflection of spiritual strength.

Taking all of this a step higher:

Holy to God was engraved on the tzitz worn by the Kohen Gadol, but that mission applies to everyone. Sanctifying Creation and elevating the mundane to higher levels of holiness increases the revelation of God and reduces tzimtzum. It doesn’t happen automatically, but as a matter of choice. Tzimtzum was created to fulfill the purpose of Creation. When people cower to it, they accomplish just the opposite.

IT IS IMPRESSIVE the way some waiters can balance a tray with full glasses as if everything is glued down. But if someone were to unexpectedly bump into them, you would not be surprised to hear the sound of glass smashing as they hit the ground. Given the nature of gravity and the fragility of glass, it is more surprising it doesn’t happen more often.

We have the opposite belief about the world. It looks so calm in so many places at so many times that we have developed the belief that the backdrop of Creation is peace, and that chaos is an intermittent thing that just comes around from time-to-time, like bad weather. So we tend to ignore the warning signs that chaos is coming, and seem surprised when it does.

One doctor purportedly told a patient who asked why they were sick again, “Don’t ask me why you’re unwell again. Ask me why you are not unwell far more often. Given the billions of things that can go wrong in a body from moment-to-moment, it is amazing, actually miraculous, that most of it works as well as it does on a continuous basis!” When I remember this, I say the blessing after using the bathroom “Asher yatzar” with more sincerity.

Cars are similar. They have so many working parts that could easily malfunction, and often do, sometimes with deadly results. Yet people drive their cars as if they lack any vulnerability to breakdown or error. If people considered more often what could go wrong while driving, they’d drive a lot more cautiously.

The same is true of antisemitism. The Midrash says that it is a “halachah” that Eisav hates Ya’akov. It’s an unusual word to use to refer to an innate tendency within a person, which means the Midrash wants us to understand something special about this particular instinctual behavior built into billions of people the world over.

The world halachah comes from a word that means walk. The point of walking is to transport a person from where they are to where they want to be, where they have to be. If halachah is used to describe Eisav’s relationship with Ya’akov, it means that it is meant as a means to “transport” us from where are to where we need to be.

Thus they say, “There is nothing better for the Jew than ani-Semitism.” We, as Jews, would beg to disagree, and sometimes literally beg to disagree. But that is only because we lack the appreciation of where we have to be, and why it is so important to get there. If we had the appreciation, we wouldn’t need antisemitism to push us there.

Billions of things can go wrong in your body, so be grateful for every moment of health and take care of yourself. Cars are vulnerable to malfunction, so drive carefully and lessen the risk of an accident. Antisemitism is a natural occurrence, so be on the lookout for it, and never take signs of it for granted. It’s the only way to fight back against the chaos in Creation, and maintain that order we all cherish so much.

IT’S A NEW old book called “Drowning in Pshat: A Deeper Look At The Final Redemption.” Originally published in 2011 in the pre-Amazon publishing days, it has been re-edited and updated for republication.

Pshat refers to the most obvious interpretation of anything, which is fine until the answers we need to understand the events of history exist on deeper levels. There are so many sources, so many stories of incredible Divine Providence that give important context to current history that most don’t know or just overlook.

We just don’t see the bigger picture of Jewish history, which is why we tend to get caught at the end of every exile and pay dearly for it. All of that is in this book, and more. When it comes to Jewish history, it’s either sink or swim and Drowning in Pshat was written to teach those interested how to do the latter.

Both books are available through Amazon and the Thirtysix.org online bookstore.