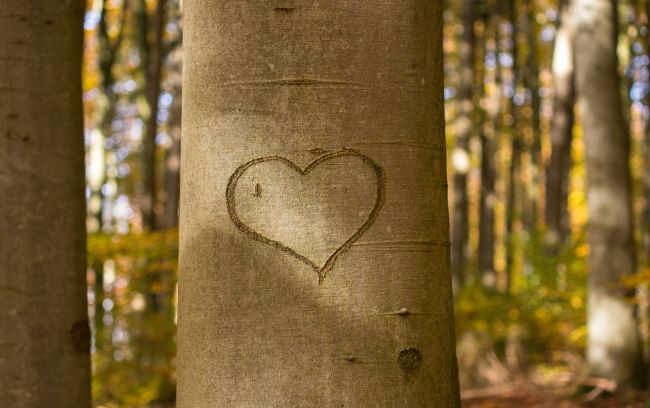 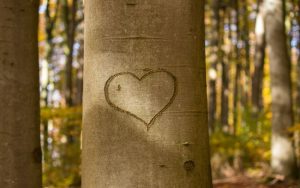 This Dvar Torah is reprinted with permission from Mesorah Publications / ArtScroll, from “Rabbi Frand on the Parsha 2”.

“At the end of seven years, you shall institute a sabbatical year.” (15:1)

Rabbi Mordechai Gifter related that during a shemittah (sabbatical) year, the Ponevezher Rav zt”l once walked over to a tree, gave it a hug and a kiss, and said, “Good Shabbos to you.”

Using his dynamic style, the Ponevezher Rav taught us the amazing concept of shemittah. For an entire year, all the fields and orchards in Eretz Yisrael experience a Shabbos similar to the Shabbos we experience once a week. If we are fortunate enough to be in Eretz Yisrael during shemittah we should feel the holiness descend onto the Land just as we feel the holiness of Shabbos.

There is another aspect to shemittah that bears mention here. Physical objects generally do not contain holiness. A person has to consecrate an object in order to bring holiness to it. During shemittah, however, all fruits and vegetables grown in Eretz Yisrael are automatically sanctified simply because they grew from the holy land. As you drive through the country, every orange, esrog, and cucumber you see growing contains holiness.

I find a need to stress the extraordinary holiness of Eretz Yisrael because the secularist governments leading the State of Israel for nearly 60 years have made concerted efforts to eradicate any holiness associated with the Land, and unfortunately they have been highly successful in doing so. A visitor to modern-day Israel is likely to miss the kedushah of the Land, unless he or she makes a concerted effort to experience the holiness therein.

Following the signing of the Oslo Accords, National Public Radio broadcast a report about Israel. The report focused on the contrast between Tel Aviv and Jerusalem. One of the people interviewed said, “Tel Aviv is a normal city, unencumbered by history. Tel Aviv is like Miami!”

To prove the point of the interviewee, the reporter visited Tel Aviv on a Friday afternoon and recorded the sounds one can hear on a typical Tel Aviv street. Indeed, when you close your eyes and listen to the recording, you can easily mistake it for downtown Baltimore, or any other city in the United States. They played a few moments of rap “music” — if you can call it music — blaring from the boom box of a group of teenagers hanging out on the street. “This is so normal,” the reporter declares.

They went on to describe Jerusalem on a Friday afternoon. “Orthodox Jews, many of them dressed in broad-brimmed hats and long caftans, scurry through the streets preparing for the upcoming Sabbath.”

Jerusalem, the report implies, is not normal. Jerusalem is a city that must carry the weight of thousands of years of history and theology on its shoulders.

Truthfully, attaining “normalcy” was the stated goal of secular Zionism. Early Zionist leaders considered the verse, “We will be like all the other nations” (I Shmuel 8:20), their mantra. They developed the country through the blood, sweat, and tears of the Kibbutz movement, but all the while envisioned a country whose cities would look like all the “normal” cities in the world.

What they did not realize was that if Tel Aviv would look like Miami, their descendants might decide that it is not worth living in Tel Aviv if they could just as well move to Miami. And that is exactly what happened.

To paraphrase Rabbi Emanuel Feldman, former Rav of Atlanta, Georgia, who now spends most of the year in Eretz Yisrael:

They abandoned the kibbutz in droves, physically and spiritually, for the less austere life — and ultimately the greater comforts and material opportunity — of Canada and the United States. The most sacred tenet of the secular Zionist canon — settling in Israel — is utterly ignored. As the secularists painfully realize, Yerida (emigration) from Israel is primarily a secular phenomenon, while Aliyah (immigration) to Israel is primarily Orthodox.

Realistic estimates show that there are close to half-a-million Israeli expatriates now living in the West. Those raised on a religion-less diet abandon Israel for the West, but those raised on mitzvah observance apparently do not find it difficult to abandon the luxuries of the West for a less-comfortable life in Israel.

This trend results in an interesting juxtaposition: You can hear Hebrew spoken in electronics stores on 42nd Street in New York or on Pico Boulevard in Los Angeles, while English is spoken in Israeli yeshivos such as Brisk and Kerem B’Yavneh.

The Orthodox in Israel today ask a troubling question of the secularists: Who are the real Chovevei Zion? Who really loves Zion?

Only those who observe Torah and mitzvos want to live in Israel. Only they are willing to live in the “abnormal” land.

Eretz Yisrael is not normal. It is not “normal” to have to consider fruit holy simply because it grew in a certain year. But that is what Eretz Yisrael is all about. Moreover, that is what being a Jew is all about. A Jew is encumbered by history. A Jew is encumbered by theology. It is not surprising that those who don’t realize the significance of being Jews are not interested in living in a country that was, is, and will always be, encumbered by history and theology.

Ironically, the segment of society that secularists consider “abnormal” is willing to live in Israel, the abnormal country.

In the eyes of secular Israelis, people who make aliyah from North America nowadays must be out of their minds, the article concluded.

In a sense, the secular Israelis are correct. People who are willing to give up living in the lap of luxury in favor of a land with far less material opportunity simply because it is a mitzvah to do so are not normal. But only abnormal people can live in an abnormal land.

It might have seemed strange to see the great Ponevezher Rav hugging a tree. The Ponevezher Rav was not involved in Green Peace or any other “save the earth” movement. He had a message to impart with his unconventional behavior. Eretz Yisrael is a land governed by abnormal standards, and it can only be inhabited by people who are equally “abnormal.”