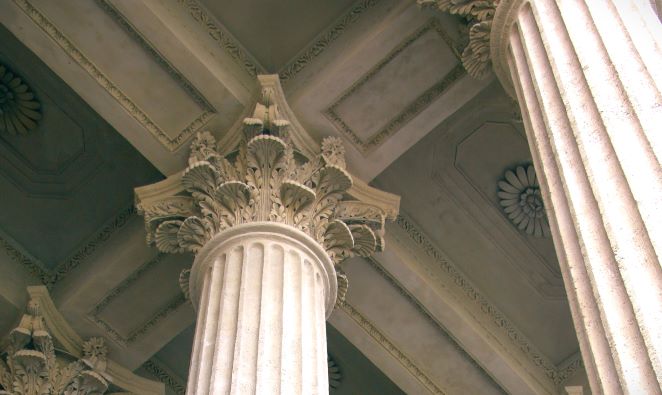 The World Stands on This Pillar 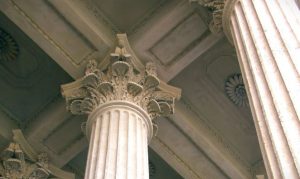 Shimon HaTzadik was from the remnant of the Men of the Great Assembly and he used to say: “On three things the world stands on Torah, Service (Avodah), and Acts of Kindliness (Gemilas Chassadim. Avos1:2)

In which way or ways is the world standing on these ideals? What is “Gemilas Chassadim”? How is it different from just plain “Chessed”? Why is more than one word used unlike the other pillars on which the world stands?

To understand “Gemilas Chassadim” we need to know what the word “gemilas” adds to the equation. In the spelling of the name of the letter, “Gimel”, “Mem” and “Lamed” is a clue. Also, a letter’s value and meaning are to be found in the first time a word in Torah begins with that letter (discounting of course the prefix). “Gimel” is found in reference to the “meoros hagedolim the great lights” and then the taninim hagedolim- the great sea monsters.

Gimel implies growth, expansion- GADOL! Therefore, words beginning with “Gimel” will likely have to do with growing great in size or number.

The second part of the word “Mal” (after gimel) means to cut, as we use in reference to the procedure of the circumcision. How do the concepts of growing and cutting teach us about the word GIMEL?

The name of the letter GIMEL means “Gamal”- a camel. What is the specialty of a camel? We all know that a camel is best suited to travel across arid lands because he can drink and store large amounts of water and remain for long periods of time removed from his source. A GAMAL fuels up and is then able to be cut or become dislocated from his source. A tree holds its fruit no longer than is necessary. When the fruit is ripe and ready to reproduce then it is released.

This perhaps is the model of “Gemilas Chassadim”. Similarly a parent and a teacher hope that the child will one day walk on their own passing on what they have received. It is neither a business deal with a quid pro quo nor a power play to hold others in a position of permanent dependency. That’s no ideal!

Gemilas Chassadim is a complete program to bring another to maturity, with the ability to give in kind. We take with the hope to give and give in order to create a generation of givers. It’s no mistake that the first time that the word with the root GIMAL-MEM-LAMED is found is: “And the child (Yitzchok) grew and was (vayigmal) weaned, and Abraham made a great feast on the day that Yizchok was (higamel) weaned.” It was a graduation from dependency.

It’s a curious fact and certainly no mistake that the Gematria of that term “GEMILAS CHASSADIM” is 611, the same numerical value as the word TORAH. What does that teach us? Maybe, now we can understand this “pillar” in two ways. By living a life of Gemilas Chassadim and raising up students and children the other two pillars, Torah and Avodas find their continuity.

There may be another dimension at play here. We say in the first paragraph of Shemona Esrei, three times every day, in reference to HASHEM, “Gomel Chassadim Tovim…” That’s what HASHEM does! That is a description of The Almighty. Through the Torah, HASHEM is giving us, mere mortals, a chance to earn our keep in this world and to merit a place in the next world without having to eat from what the Zohar calls, “the bread of shame”, which is essentially spiritual welfare. It’s not a good feeling!

That is the ultimate form of Gemilas Chassadim. Practicing that behavior with others therefore, is in fulfillment of the Torah mandate to “walk in his ways”, and “be like Him”. Maybe we can see why the world stands on this pillar.