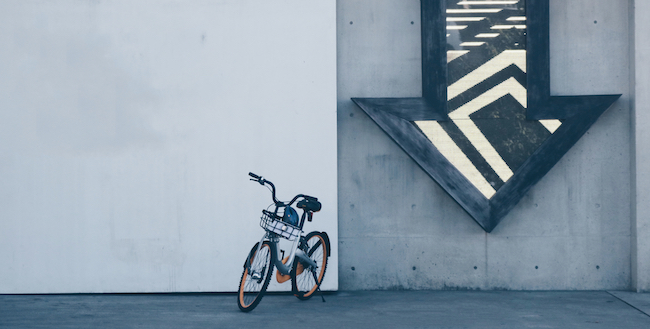 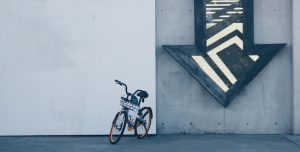 Although Rosh Hashanah is a Yom Tov like Pesach, Shavuot and Sukkot, it is not a “Regel” / pilgrimage festival on which Jews ascended to the Bet Hamikdash. Why?

The purpose of the Shalosh Regalim / Three Pilgrimage Festivals is to appear before G-d (see Devarim 16:16). On Rosh Hashanah, however, we need not go to G-d’s “house” — the Bet Hamikdash — because G-d comes to us. This is alluded to in the verse (Yeshayah 55:6), “Seek Hashem when He can be found; call upon Him when He is near,” which the Gemara interprets as a reference to the Ten Days of Repentance.

The above idea is alluded to in the very name “Rosh Hashanah,” whose Gematria (861) equals that of “Bet Hamikdash.” This idea also explains the custom that the Chazzan on Rosh Hashanah stands at his own seat when he calls out the word “Ha’melech” / “The King.” Rather than immediately going to the lectern, the place where the Chazzan usually “meets” Hashem, the Chazzan calls Hashem to come, so-to-speak, to his (the Chazzan’s) place.

This also is a reason why sleeping during the day on Rosh Hashanah is discouraged (see O.C. 583:2). We read in Bereishit (28:16), “Yaakov awoke from his sleep and said, ‘Surely Hashem is present in this place and I did not know’.” Rashi explains: “If I had known, I would not have slept here.” Therefore, on Rosh Hashanah, when Hashem is present in our places, we should minimize sleeping. (Heard from R’ Shlomo Naiman shlita, 29 Elul 5754)

“On Rosh Hashanah, all of mankind passes before Him as Bnei Maron, as is written (Tehilim 33:15), ‘He Who fashions their hearts together, Who comprehends all their deeds’.” (Mishnah: Rosh Hashanah 16a)

The Gemara (18a) asks: What is the meaning of “as Bnei Maron”? In Babylonia, they translate it, “like sheep.” (Rashi z”l explains: Like sheep that pass in front of their owner in a single file so he can tithe them.) The sage Reish Lakish says: “Like the ascent of Bet Choron.” (Rashi: A narrow mountain pass where travelers must walk in a single file.) [Until here from the Gemara, as explained by Rashi]

According to both interpretations, the Mishnah is teaching that, on Rash Hashanah, all of mankind passes before Hashem “single file.” What is the significance of going single file?

R’ Yaakov Yosef z”l (1840-1902; Rosh Yeshiva, rabbi, and Maggid / preacher in Lithuania; first and only Chief Rabbi of New York City) explains: With a few exceptions, the Torah prescribes uniform consequences for sinners. For example, if a person eats non-kosher meat intentionally, his punishment–39 lashes–will be the same whether he transgresses because he has an insatiable appetite for non-kosher meat or because he intends to anger Hashem. Likewise, if one steals, the penalty will be the same whether the thief or the victim is rich or poor.

However, that is true only of punishments administered by Bet Din / a human court, which cannot possibly plumb the depths of a sinner’s thoughts and motivations. In contrast, Hashem’s judgment does take into account the sinner’s personal circumstances, for He “comprehends all their deeds.” Thus, on Rosh Hashanah, every person passes before Hashem single file and is judged individually, some more harshly and some more leniently.

R’ Yosef continues: There is another aspect to Hashem’s judgment that results from His knowing a person’s thoughts. Unlike a human court, Hashem can, and does, judge a person based on his character traits. Thus, we read (Mishlei 16:5), “Every haughty heart is the abomination of Hashem.” Even if the haughtiness in a person’s heart has not manifested itself in action, he is judged for it because of where it inevitably will lead him, R’ Yosef writes. This is the meaning of the verse (Mishlei 20:8): “When the King sits on the seat of judgment, He scatters all evil”–“all,” even evil that is hidden in man’s heart. Therefore, when the Day of Judgment comes, no one can afford to be complacent; even if we could truthfully say that we have not sinned in deed, we certainly have sinned in our hearts. (L’Bet Yaakov: Drush 15)

The Gemara (Berachot 28b) relates that Rabbi Yochanan ben Zakkai’s students said to him: “Our teacher! Bless us.”

Rabbi Yochanan ben Zakkai responded, “May it be His will that your fear of Heaven shall be as great as your fear of man.”

The students asked, “Is that all?”

Rabbi Yochanan ben Zakkai answered, “If only [one’s fear of Heaven were as great as his fear of man]. Know that this is not so, for when one sins, he hopes that no person sees him [yet he does not stop to think that G-d sees him].” [Until here from the Gemara]

R’ Yaakov Yisroel Beifus shlita illustrates the great divide between man’s fear of man and his fear of Heaven with the following parable:

Imagine yourself walking down a Moscow street during the darkest days of Communist rule. You are an observant Jew who studies and even teaches Torah, and you know that unimaginable suffering awaits you if you are ever discovered. Suddenly, an official looking car pulls up at the curb next to you, and a man with a gruff voice orders you inside. You obey, and the car speeds away. As it does, the man in the car says, “You will soon stand in judgment.”

Before reading on, pause, and imagine yourself in this scene.

Suddenly, the car stops in an alley, and the driver turns to face you. What is happening now? you wonder. But before you can think any meaningful thoughts, the driver speaks. He says, “I know that you are Jewish. I, too, am Jewish. You thought that I was taking you to KGB headquarters to be judged there, but you were wrong. When I told you that you will soon stand in judgment, I meant that Rosh Hashanah is coming. I only meant to awaken you to this fact.”

What would be your reaction? No doubt, you would feel relieved. The dark cloud that was hanging over you would quickly lift. “I am not facing a real judgment,” you would think, “merely the judgment of Rosh Hashanah.” This is the phenomenon that Rabbi Yochanan ben Zakkai described – we do not fear G-d even as much as we fear man, let alone more than we fear man, as we should. Perhaps if we reflect on this story, writes R’ Beifus, we can develop an appreciation for the judgment of Rosh Hashanah. (Yalkut Lekach Tov)

This week we present a free translation of a letter by R’ Yisrael Salanter z”l (died 1883). In it, the founder of the Mussar movement discusses how different types of people approach the Day of Judgment. The letter is undated and is printed in Ohr Yisrael, No. 14.

At one time, I know, every person was seized by horror from the call, “The month of Elul has come.” This fear bore fruit and brought man closer to the service of Hashem, each person on his own level–but not as you would expect.

One would think that a person who was distant from Hashem’s service all year long would be seized by fear and worry because of the approaching judgment. In fact, the opposite happens; there is more improvement, and rebuke is taken more seriously, by those who all year hold firmly to a holy path than by those who all year walk in darkness.

Anyone who has studied a little bit of Mussar sees vividly that the spirit of impurity of which we spoke stands before him to entice him to act contrary to what his intelligence knows is right . . .

Now, when the great practitioners of the fear of Heaven are gone–those whose own fear of judgment could be seen on their faces and made an impression upon their followers–if there are no roots, from where will the leaves come? Nevertheless, if we can remove from ourselves our dirty garments and put on clean ones [see Zechariah 3:4], we will see clearly that we must be afraid and we must tremble–each person on his own level, but much more so than in previous generations.

It is well known, and experience shows, that it is possible to serve Hashem on a lofty level without studying Mussar/ethical works. However, to turn from bad to good without Mussar is like trying to see without eyes or to hear without ears. Therefore, the Poskim / Halachic authorities have written that during the High Holidays–when one prepares for judgment on Rosh Hashanah and, even more so, before Yom Kippur–one must study Mussar works.

And what can we do to break through the wall of iron that separates us from Hashem, i.e., the spirit of impurity that pollutes man’s soul, so that the study of Mussar can have the desired effect? There is only one answer–this, too, experience teaches us–and that is to pour out one’s soul to Hashem with a Minyan in order to bore a small hole in that iron wall.