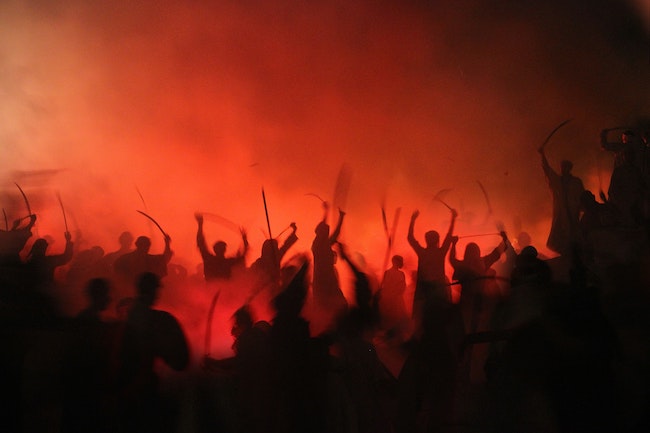 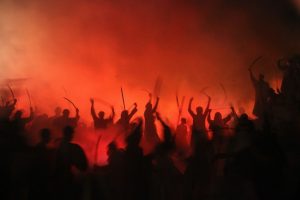 Why does the Torah seem to say derogatory things about the sons of Yaakov? There is a cherem kadmonim not to speak derogatorily about the dead. This is especially so regarding tzaddikim, and Rashi has already told us that the sons of Yaakov were all tzaddikim. This point of Rashi is not just a side remark, but basic — Yaakov’s uniqueness over the other Avos was due to the fact that all his children were tzaddikim.

There must be positive, respectful ways to explain the behavior of the shvatim; but if that’s the case, then why do we find they had remorse, faced chastisement, embarrassment and punishment?

It must be that there are proper explanations for their actions and words, and yet, in more subtle ways, errors were made. (We’ll see soon that the Chofetz Chaim did not mince words about this.)

The incidents in the Torah are not mere stories. They musn’t be viewed at a shallow level. Rav Simcha Zissel Brody writes that people have vastly misunderstood these chapters. By taking them simplistically — without any depth — disbelievers come to mock the entire Torah.

The Ba’al Hafla’ah writes that the Torah is purposefully written in such a manner, so that those who don’t put in the effort to probe for the truth, will reject the Torah as nonsense. It is akin to a golden orb covered with tin. Those who look closely will notice holes in the tin, and find the gold shining beneath. Those who do not look closely will reject the orb as worthless tin; they don’t realize that it is solid gold!

Rather, we should examine the written Torah through the Torah sh’ba’al peh. We’ll find hidden treasures in the depths.

We see this clearly in regard to Dovid Hamelech and Reuven. The pesukim seem to blame them for serious crimes — but the Talmud says that anyone who thinks they sinned is mistaken (Shabbos 55b-56a). It behooves us to find appropriate ways to understand the actions of our ancestors, according to the traditions of the Torah Sh’ba’al Peh — only then can we derive applicable lessons.

The relation of the sale of Yoseif’s sale is not meant to be derogatory. We have to understand it in the most positive way for the honor of our ancestors. Rav Aharon Kotler taught that it is fundamental to understand that these were not ordinary people, but vastly superior to us. If errors were made, they are subtle errors, not as coarse as it appears.

By understanding the thinking of the shvatim in a respectful manner — at the same time, learning from whatever mistakes may have been made — we can impact our own lives.

People tend to immediately assume the worst. This is the terrible avla of lashon hara. People see things, hear things, report things, pass them on, judging without giving the benefit of the doubt. Negative information is constantly being shared. ‘News’ is all about scandal. Individuals are judged and found guilty without any chance to defend themselves.

To scandalize our forefathers would indeed be missing the whole point…

The Chofetz Chaim saw history unfolding in these parshiyos. The following is only a small sample of his words. (See Shmiras Halashon 2:11-12 at length.)

Yoseif had reported to his father unfavorable sightings regarding his brothers. His intention was only for their benefit. They needed correction (in Yoseif’s eyes), and he, certainly, was not the one to reprove them: He was one of the youngest, and they weren’t getting along well.

Yaakov, for his part, did not accept Yoseif’s words at all, so no damage resulted. Nonetheless, the shvatim held Yoseif up to the highest standard. They viewed slander as the ultimate, unforgivable crime, worthy of the death penalty.

Yehuda was credited with saving Yoseif. By suggesting that Yoseif be sold, Yehuda actually saved his life. At the same time, Yehuda was held accountable for Yoseif’s disappearance and Yaakov’s sadness. The brothers later claimed that, as leader, if Yehuda had ordered Yoseif home, they all would have listened.

Yehuda’s mistake was that he could not forgive Yoseif’s lashon hara. This would plague his family for generations: Many years later, Dovid Hamelech (a descendant of Yehuda’s) would accept lashon hara about Mifiboshes (Shmuel 2:16:2). Dovid then divided Mifiboshes’ property with Tziva, the slanderer (Ibid., 19:13). As a result of this, Dovid’s kingdom was divided up between his grandson, Rechavam, and Yeravam — a descendant of Yoseif. Yeravam and the shvatim of Yisrael would not forgive Dovid’s acceptance of lashon hara.

If not for Dovid’s acceptance of lashon hara, his kingdom would not have been divided, they wouldn’t have served avoda zara, and we would not have gone to galos. It was all measure for measure.