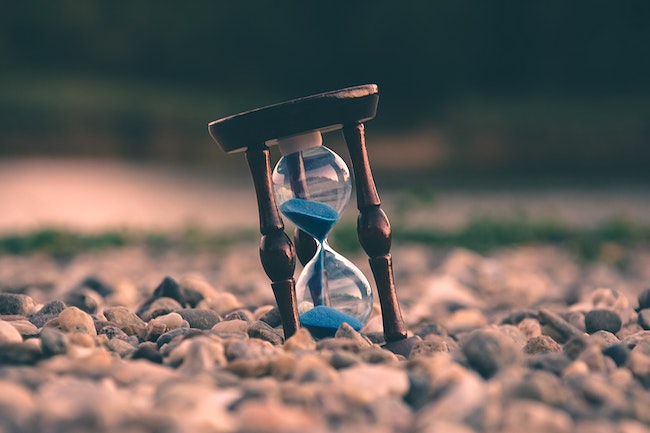 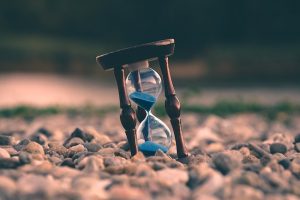 The editors of Hamaayan wish
all of our readers and supporters
a G’mar Chatimah Tovah!

The Gemara (Berachot 8b) teaches: “If one eats on the ninth of Tishrei [i.e., Erev Yom Kippur], the Torah views it as if he fasted on both the ninth [Erev Yom Kippur] and the tenth [Yom Kippur].” Commentaries offer several explanations for why eating on Erev Yom Kippur is, seemingly, a Mitzvah equivalent to the Mitzvah of fasting on Yom Kippur. R’ Chaim Ha’kohen z”l (Aleppo, Syria; 1585-1655) writes:

Yom Kippur is the anniversary of the day when Moshe Rabbeinu came down from Har Sinai with the second set of Luchot, a sign that Hashem had forgiven Bnei Yisrael for the sin of the Golden Calf. Midrashim relate that, when Bnei Yisrael saw Moshe approaching with the Luchot, they started sobbing. Their tears ascended to Heaven and awakened Hashem’s Attribute of Mercy, whereupon He swore that that day (Yom Kippur) would be a day of forgiveness and atonement for all generations to come [Until here from the Midrash]. As an expression of our confidence that Hashem will indeed forgive us on Yom Kippur, it is appropriate to eat on Erev Yom Kippur and celebrate with an appropriate feast.

In addition, R’ Chaim Ha’kohen writes, the Tikkunei Zohar teaches that Yom Kippur will, in the future, be a day of pleasure rather than affliction. Alluding to this, “Yom Ha’kippurim” can be read as “Yom Ke’Purim” / “a day like Purim.” We express our belief in this vision of the future by eating festively on Erev Yom Kippur. For the same two reasons, we do not recite Tachanun on Erev Yom Kippur. (Tur Bareket 604:1-2)

Why? Because atoning for only some sins is like immersing only part of one’s body in a Mikvah. Obviously, one does not attain purity by doing so. (Mussar Ha’Mishnah)

R’ Shlomo Zalman Auerbach z”l writes: Requesting general forgiveness for all sins that one has committed against another is effective only for minor offenses. [If one committed a more serious offense, he must specify it when he requests forgiveness.] (Quoted in Halichot Shlomo: Mo’adim p.44)

Because Yom Kippur does not atone until one appeases his neighbor, one should be certain to recite the following prayer (part of Tefilah Zakkah) which is printed in many Machzorim:

“I extend complete forgiveness to everyone who has sinned against me, whether physically or financially, or who has gossiped about me or even slandered me; so, too, anyone who has injured me, whether physically or financially, and for any sins between man and his neighbor–except for money that I wish to claim and that I can recover in accordance with Halachah, and except for someone who sins against me and says, ‘I will sin against him and he will forgive me’–except for these, I grant complete forgiveness, and may no person be punished on my account.

“As a shepherd inspects his flock, making his sheep pass under his rod, so do You cause to pass, count, number, and review the soul of every living being . . .” (From the U’netaneh Tokef prayer)

We read (Yechezkel 34:31), “For you, My flock, flock that I tend, you are men.” The Midrash Yalkut Shimoni asks: Which are we–sheep or men? The Midrash answers: When we behave improperly, Hashem relates to us as sheep, whose master does not become angry at them even when they cause destruction. When we behave meritoriously, Hashem judges us as men and rewards us. [Until here from the Midrash]

R’ Yerachmiel Shulman z”l Hy”d (Menahel Ruchani of the Bet Yosef-Novardok Yeshiva in Pinsk, Poland; killed in the Holocaust) explains: When we sin, Hashem judges us as sheep, which do not make conscious choices and thus cannot be held responsible for their mistakes. As a shepherd does with his sheep, Hashem continues to bestow kindness upon us.

On the other hand, when we behave properly, Hashem judges us as men (humans), the only creatures capable of consciously choosing between right and wrong. Hashem rewards us for the good choices we have made, because good choices can result only from thought and reflection, unlike bad choices, which can be made impulsively. (Peninei Ha’shlaimut: Sha’ar Ha’savlanut 1:3)

“No Adam / person shall be in the Ohel Mo’ed when he [the Kohen Gadol] comes to provide atonement in the Sanctuary until his departure.” (Vayikra 16:17 – from the Torah reading for Yom Kippur morning)

Rabbeinu Bachya ben Asher z”l (Spain; 14th century) quotes the Talmud Yerushalmi as saying that even angels may not be in the Kodesh Ha’kadashim / Holy of Holies while the Kohen Gadol is there. R’ Mordechai Menashe Zilber shlita (Stutchiner Rebbe in Brooklyn, N.Y.) writes that the angel referred to here is the Yetzer Ha’ra / prosecuting angel. That angel is not an inherent part of a person, but rather is an outsider. A person’s true, inner essence is pure and holy, like the Kohen Gadol. On Yom Kippur, when one wants to return to Hashem, to “enter” the Holy of Holies, he must leave the angel, the Yetzer Ha’ra, outside. Only the “Kohen Gadol” that is within each person should enter.

This, explains R’ Zilber, is why our Patriarch Yaakov fought Esav’s angel and not Esav himself (see Bereishit ch.32). Even Esav was pure on the inside; it was only the angel, the Yetzer Ha’ra, of Esav with which Yaakov had to contend. (Otzar Gilyonei Torah 5769 p.319)

R’ Doron David Gold shlita (Menahel Ruchani of Yeshivat Derech Chochmah in Yerushalayim) writes: Many ask why we must recite “S’lach Lanu”/ the Shemoneh Esrei blessing requesting forgiveness in Ma’ariv after Yom Kippur. What sins have we committed in the few minutes since the Day of Atonement ended? Many quip in response: We are asking forgiveness for the hurried manner in which we have recited Ma’ariv.

Yet, notes R’ Gold, we begin Ma’ariv with the verse, “V’Hu Rachum” / “He is the Merciful One, Who forgives sins . . .” What sins have we committed already, just moments after Ne’ilah?

R’ Gold explains with a parable told by R’ Yaakov Kranz z”l (1741-1804; Dubno Maggid): A successful merchant experienced a downturn in his business. Eventually, he lost everything and had to take a job as a wagon-driver delivering merchandise for his former colleagues. Over time, his clothes and shoes wore out and were little more than rags. He did manage to preserve one fine suit of clothing, which he wore every Shabbat.

One day, he drove his wagon into a town where he used to do business, and one of his former colleagues recognized him. Astounded, the colleague asked the merchant-turned-wagon-driver, “This must be so painful for you! How can you withstand it?”

“I’ve gotten used to it,” answered the wagon driver. “It is only painful on Motzai Shabbat, when I change from my Shabbat suit into my rags.”

R’ Gold explains: Our souls feel similar pain when Yom Kippur departs and we return to our everyday lives. And, this transition necessitates an atonement, just as a Nazir brings a Chatat / sin offering when his term of Nezirut ends. R’ Moshe ben Nachman z”l (Ramban; 1194-1270; Spain and Eretz Yisrael) explains that the Nazir requires atonement for not maintaining the high level he attained during the duration of his Nezirut vow. Similarly, as we transition away from the high spiritual level we attained on Yom Kippur, we require an atonement.

R’ Gold adds: It is said in the name of R’ Yisrael Lipkin z”l (1810-1883; “R’ Yisrael Salanter”; founder of the Mussar movement), “Every day should be like Elul, and Elul is Elul.” Perhaps R’ Yisrael means that we must try to preserve some of the spiritual gains of Elul and the High Holiday period so that, when Elul returns next year, we will start off on a higher level than we did last Elul. (Kuntreis Hirhurei Teshuvah p.118)