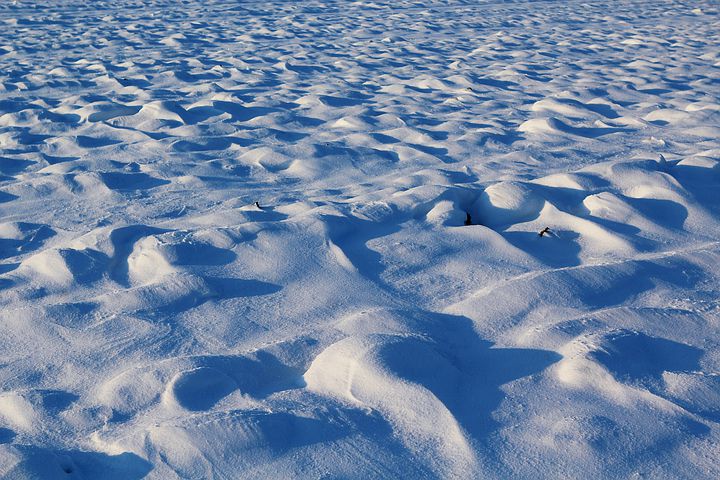 Tefilla and The Mon 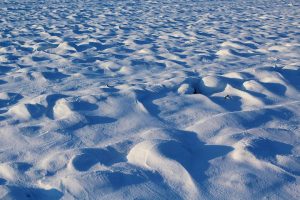 There are two aspects to tefilla. The Rambam (Maimonides) says that, from Torah law, prayer does not require any specific text, and is not restricted to specific times. (1) In addition, the Rabbis introduced the obligation to daven tefillas shemona esreh (the eighteen brochos), in lieu of the korbanos.

The Chov of Tefilla and the Mon

The debate is complicated, but there’s not much practical difference. Everyone agrees that it’s obligatory from the Torah to daven, but the Ramban applies this only at a time of tzar (pain, or trouble). There is no source, to the Ramban’s thinking, for a daily obligation.

The Torah says, “…you will beseech Hashem from there…when you are in pain…” (D’vorim 4:29-30). This shows — explains Ramban — that the obligation to pray is at a time of pain.

So how does the Rambam arrive at the idea that there is a daily obligation to daven? The Rambam’s language is:

It is a positive mitzva to daven every day, as it is written: “You shall serve Hashem… (and He will bless your bread and water, and… remove illness from your midst)” (Shmos 23:25). From tradition we have learned that this ‘service’ is prayer, as they said: “‘You shall serve Him with all your heart…’ What is the service of the heart? This is davening (Ta’anis 2a).”

The Mabit explains (4): Since bread and water are daily necessities, the Rambam deduces that tefilla must be said each day for daily needs. (The Torah clearly linked the service of Hashem with bread, water and lack of illness. As these are daily needs, and dependent on service, the Rambam concludes that we must daven daily.)

Why was the mon given every day? Hashem could have given a year’s supply at one time. Rather, Hashem wanted them to direct their hearts to Him regularly (Rebbi Shimon Bar Yochai, Yoma 76a).

The Maharal writes that nothing can be accomplished without davening. He cites the Ramban (which we mentioned in the last issue) that Moshe Rabbenu could not be healed from his speech problem because he did not daven to be healed.

Rav Yechiel Michel Feinstein questioned (5): Why do we find that Bnei Yisrael davened to be saved at the Yam Suf (Sea)? Hashem had promised them salvation! Rav Feinstein goes on to demonstrate that Hashem’s assurances still need to be activated through tefilla…

What were Rava and Rav Hamnuna debating? Rashi explains that tefilla concerns daily requests for needs. Rava disliked the focus on momentary, fleeting aspects of life in this world. In contrast, Torah learning focuses on eternal truths. He felt that one’s energies should be devoted to the eternal truths of Torah learning, but davening at length takes away from Torah endeavor.

Is Tefilla Bound By Time?

Rav Chaim Volozhon explained the difference between tefilla and Torah learning differently: Chazal limit the hours that the shemona esreh tefilla may be said and it is not effective after those times. However, Torah learning is a constant mitzva. Davening by nature is temporal, while Torah learning is not. (Nefesh Hachaim 4:26)

In halacha, the authors of Magein Giborim (6) seem to take issue with Rav Chaim Volozhon’s words. What happens if one davens after the allotted time? The Gemara indicates (7) that davening after the restricted time is not the same mitzva, but is still considered a mitzva (just as the missed korban can be made up later).

Are Women Obligated in Tefilla?

This is part of the discussion as to whether shemona esreh is considered a “mitzvas aseh sh’zman grama” — a time bound mitzva, from which women are exempt. Traditionally, the matter was considered to be a debate between the Rambam and the Ramban. The authors of Magein Giborim, however, claim that there is no room for such a debate: it is clear that one can, indeed, daven after the allotted time for the prayers.

Yet, Rav Chaim Volozhon wrote that davening after the zman (the allotted time) was ineffective!

There are several ways to reconcile this dilemma. One answer is that the authors of Magein Giborim are not suggesting that someone daven after the zman. Their entire purpose in this discussion is to show that, since one could daven then, the mitzva of shemona esreh is not bound by time. This is not producing a leniency, but a stringency: women are now obligated. The Yeshu’os Yaakov (8) writes this precisely: When the Gemara stated that a late tefilla is still tefilla of some sort, it was only introducing a stringency — women should be fully obligated to daven shemona esreh.

(This is for informational purposes only, but not meant as an actual ruling.)
—————————————————
1. Maharam Schick lists tefilla as one of the constant mitzvos which one can fulfill at any time. Whether or not one’s prayers are answered, he fulfills the mitzva when he asks for Hashem’s help. (Kuntres Mitzvos Temidios)