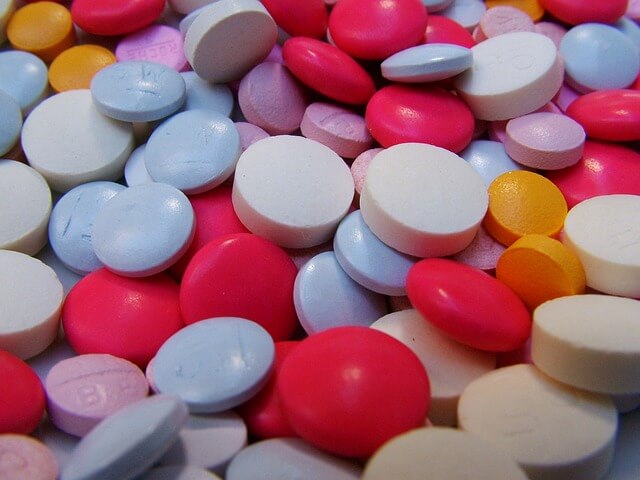 The Cure Before the Malady 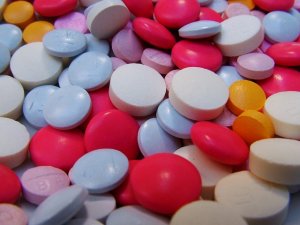 This week’s Parashah is the first of several that discuss the design and construction of the Mishkan / Tabernacle. R’ Yaakov Filber shlita (founder and former Rosh Yeshiva of Yeshivat Yerushalayim L’Tze’irim and former rabbi of Kibbutz Chafetz Chaim) notes that there are different opinions among our Sages and early commentaries as to when the command to build a Mishkan was given: before the sin of the Golden Calf, or after it. Midrash Lekach Tov explains that, although the sin of the Golden Calf preceded the commandment to build a Mishkan, the Torah reverses the order–the sin is not mentioned until Parashat Ki Tissa, which is read two weeks from now–to teach that Hashem “prepares the cure before the malady.” R’ Ovadiah of Seforno z”l (Italy; 1475-1550) shares this opinion and writes: “The command [in our Parashah], ‘They shall make a Sanctuary for Me, so that I may dwell among them,” is the opposite of the intention that Hashem expressed when He first gave the Torah (Shmot 20:21), ‘Wherever I permit My Name to be mentioned I shall come to you and bless you’.” [This changed because of the sin of the Golden Calf.] Likewise, he writes, only because of the sin were Kohanim and Levi’im designated to represent the Jewish People in the sacrificial service; before that, all were equal.

R’ Filber notes that these effects of the sin of the Golden Calf parallel the changes that occurred in the world at large because of Adam Ha’rishon’s sin. Hashem originally intended that all of mankind, everywhere, would serve Him. After mankind’s downfall, however, there had to be a “kingdom of priests and a holy nation” (Shmot 19:6) residing in the Holy Land to show the way. (Chemdat Ha’yamim p.185)

What connection is the Midrash making between this verse and our verse? R’ Yisrael Elazar Hofstein z”l (1898-1966; activist for the resettlement of Eretz Yisrael and co-founder of the agricultural village Kfar Chassidim; Chief Rabbi of Paris, France; Chassidic Rebbe in the U.S. and Israel) explains:

[Our verse introduces the commandment to build a Mishkan and, later, a Bet Hamikdash. It likewise hints that we should build shuls, each of which is called “a small Mikdash.”] The Midrash is teaching that it is not enough to build these structures; they must be filled with spiritual content. If one builds a beautiful synagogue but does not fill it with the “acquisition” that Hashem has given us–the Torah–all of his efforts will have been wasted. This is what Rashi z”l is teaching, as well, when he writes (in his commentary to Vayikra 9:23) that Moshe blessed Bnei Yisrael: “May it be His Will to rest His Shechinah amongst you.” Otherwise, building the Mishkan will have been pointless. (Avodat Elazar)

“Speak to Bnei Yisrael and let them take for Me a portion, from every man whose heart motivates him you shall take My portion.” (25:2)

R’ Hofstein explains: The Torah consists of Chukim / laws whose reasons we do not understand and Mishpatim / laws that seem logical to us. However, we should observe even the Mishpatim with the thought that they are G-d’s Will, not because they make sense to us.

“Into the Aron you shall place the Luchot Ha’edut / Testimonial-tablets that I will give you.” (25:21)

Had not the Luchot already been given? Why is the phrase “that I will give you” in future tense?

R’ Pinchas Naftali Schwartz z”l (1828-1885; Sofer and Darshan / preacher in Khust, Hungary) writes: Our Sages teach that everything that any Torah scholar was or is destined to say was taught to Moshe Rabbeinu. Our verse therefore hints that even the Torah “that I will give you,” in the future, belongs with the Luchot in the Aron. (Nefesh Tovah)

Rashi z”l (to verse 29) explains: The ends of the loaves were folded upward, like walls; therefore, it was called “bread of faces,” because it had “faces” pointing this way and that way.

R’ David Moskowitz z”l (early 20th century; Nasaud, Romania) writes: Our Sages, quoted by Rashi here, teach that the Shulchan represents wealth. The two faces of the bread on the Shulchan allude to the fact that wealth has two faces–one referred to in the verse (Tehilim 112:3), “Wealth and riches are in his house, and his righteousness endures forever,” and the other in the verse (Kohelet 5:12), “Riches hoarded by their owner to his misfortune.” Because of the danger that wealth poses for some people, Hashem gives us good advice in our verse: Direct your wealth so it is “before Me, always.”

R’ Moskowitz continues: Immediately after this, the Torah describes the Menorah. The Menorah, which our Sages say represents Torah wisdom, also has two sides–three branches to the right of the center and three branches to the left of the center. Torah wisdom also has two “faces,” as the Gemara (Shabbat 88b) notes: “It is an elixir of life for those who use it properly and a poison for those who misuse it.” (Gelilei Zahav)

Our Sages liken Torah to rain. When rain falls on a bed of seeds, it will cause whatever is there to grow. If the ground contains beneficial seeds, then beneficial plants will grow. If the earth contains seeds of weed plants, then weeds will grow. Similarly, the Torah “waters” whatever is in a person’s heart. If his heart is filled with good thoughts, Torah study will cause his fear of Heaven to grow. If his heart is filled with rebellious thoughts, then Torah will study make him more rebellious. (Even Sheleimah I 11)

“Seven times a day I have praised You for Your righteous ordinances.” (Tehilim 119:164)

Rashi z”l (to Berachot 11a) cites this verse as the reason that seven blessings accompany Kri’at Shema–three in the morning and four at night. R’ Yehoshua Zelig Tarshish z”l (1854-1939; Lithuania and Yerushalayim) observes that there likewise are seven Mitzvot mentioned in Kri’at Shema: (1) studying Torah, (2 & 3) wearing Tefilin on the arm and head, (4) reciting Kri’at Shema, (5) praying, (6) affixing a Mezuzah, and (7) wearing Tzitzit. (Ein Tarshish III p.48)

“Hashem gave wisdom to Shlomo, as He had spoken to him, and there was peace between Chiram and Shlomo, and the two of them sealed a covenant.” (Melachim I 5:26–the opening verse of this week’s haftarah)

Earlier in the chapter, Chiram is described as the king of Tzor, in Lebanon.

R’ Ishtori Ha’Parchi z”l (approx. 1280-1345) identifies Tzor as a town within the borders of Eretz Yisrael, on the Mediterranean coast, approximately one day’s walk north of Akko. [This description is consistent with the location of modern-day Tyre, approximately 20 miles north of the present-day border between Israel and Lebanon.] Indeed, according to R’ Ishtori, all of modern-day Lebanon is part of Eretz Yisrael. (Kaftor Va’ferach ch.11)

Where in the Torah’s account is this incident alluded to? R’ Zev Wolf Einhorn z”l (Grodno, Belarus; died 1862) writes: It is alluded to in the verse (Bereishit 12:6), “Avram passed into the land as far as the site of Shechem, until the Plain of Moreh. The Canaanite was then in the land.” This means: “The Canaanites were working the land.” (Peirush Maharzav)