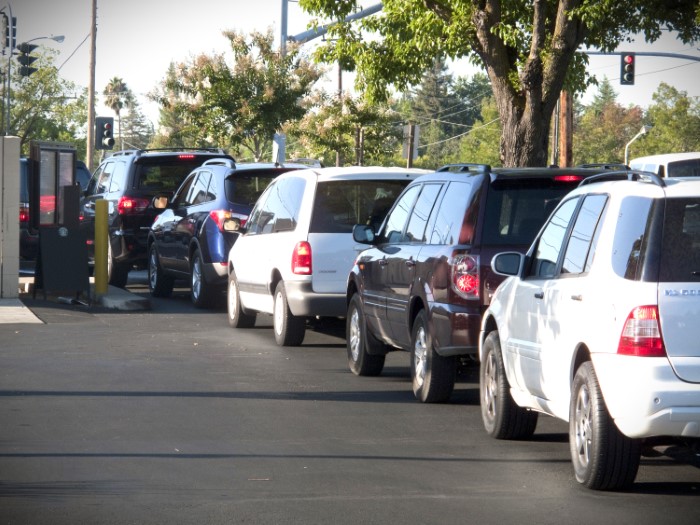 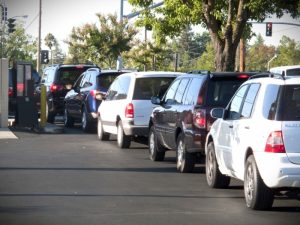 In the Yom Kippur prayers, we quote the description of Hashem’s judgment found in the Mishnah (Rosh Hashanah 16a): “All people pass before Him like ‘Bnei Maron’.” The Gemara and Rashi explain that “Bnei Maron” means: Like sheep that walk single file to be counted for tithing.

What is the significance of walking single file on the Day of Judgment?

R’ Uri Weisblum shlita (Mashgiach Ruchani of Yeshivat Nachalat Ha’levi’im in Haifa, Israel) explains: Man has a tendency to dismiss his mistakes, instead blaming them on his environment, his friends, his parents, his teachers, or any number of other causes–anyone or anything but himself. This is what Adam did after the first sin, saying (Bereishit 3:12): “The woman whom You gave to be with me–she gave me of the tree, and I ate.” Thus, the Mishnah informs us, each of us stands before Hashem all alone on the Day of Judgment; there is no one but ourselves to blame for our sins.

R’ Weisblum continues: There is no denying that a person can be influenced negatively by other people or by his surroundings. However, those negative influences are tests we are meant to struggle with and, ultimately, withstand. If we do not, we are held accountable.

Without this recognition, R’ Weisblum adds, there can be no repentance. A person cannot repent if he does not believe he sinned–if he does not acknowledge that a particular action was improper and if he does not accept responsibility. That is the meaning of the first word of Viddui / confession: “Ashamnu”/ “We have been guilty.” (He’arat Ha’derech: Moadim p.68)

“And the he-goat designated by lot for Azazel shall be stood alive before Hashem, to provide atonement through it, to send it to Azazel to the wilderness.” (Vayikra 16:10, describing the Yom Kippur service)

The Mishnah (Shabbat 86a) asks: “How do we know to tie a strip of red wool to the head of the goat that is sent away? Because it is written (Yeshayah 1:18), ‘If your sins will be Ka’shanim (apparently meaning: “like scarlet”), they will whiten like snow; if they have reddened like crimson, they will become as wool’.” The Gemara (89b) asks: “Why does the verse say, ‘Ka’shanim’? The correct way to say, ‘Like scarlet,’ is ‘Ka’shani’!” The Gemara answers that the verse is teaching: “If your sins will be Ka’shanim / like the years, which are arranged in order since the time of Creation, they will whiten like snow.” [Until here from the Gemara]

R’ Yitzchak Menachem Weinberg shlita (Tolna Rebbe in Yerushalayim) notes that other Talmudic sources (Berachot 57a; Yoma 88a) also speak of our sins being “arranged in order” before being forgiven. What does it mean to have one’s sins “arranged in order”?

The Tolna Rebbe explains: When Rivka was arranging for Yaakov to receive the blessings that Yitzchak intended to give Esav, she said (Bereishit 27:9), “Go now to the flock and fetch me from there two choice young kids of the goats.” A Midrash states that, in the merit of those two goats, the Jewish People would receive atonement on Yom Kippur in the future. The Midrash continues: This may be compared to a bald person and a person with unkempt hair who stand next to a threshing floor. When the wind blows, they become covered with chaff. The bald person can just flick the chaff off of his head, and he is clean, while the other person has chaff stuck in his unkempt hair. Likewise, Esav dirties himself with sin all year long and has no way to cleanse himself, while Yaakov can cleanse himself of sin, as it is written (Vayikra 16:30), “For on this day he [the Kohen Gadol] shall provide atonement for you to cleanse you; from all your sins before Hashem shall you be cleansed.” [Until here from the Midrash]

The Tolna Rebbe continues: Various Midrashim and commentaries explain that the description of Esav as having unkempt hair refers to a general lack of orderliness or organization, while Yaakov’s smooth skin (see Bereishit 27:11) connotes the opposite. This was the fundamental difference between Yaakov and Esav. In describing his years working for Lavan, Yaakov said (Bereishit 31:40-41), “This is how I was–by day scorching heat consumed me, and frost by night; my sleep drifted from my eyes. This is my twenty years in your household . . .” Yaakov was capable of maintaining a dreary routine day-in-day-out for twenty years, while Esav was disorganized and impulsive (see Bereishit Rabbah 63:8).

The Tolna Rebbe concludes: Being organized–specifically, arranging one’s sins in order–is a key to receiving atonement. If we try to tackle everything needing improvement all at once, all we will have to show for it is a feeling of hopelessness. Instead, our Sages are teaching us, we must organize and prioritize our sins, recognizing that some issues will simply have to wait to be worked on later. May Hashem assist us in becoming “smooth-skinned,” the Tolna Rebbe adds. (Heimah Yenachamuni: Mo’adim p.199)

Why? Because atoning for only some sins is like immersing only part of one’s body in a Mikvah. Obviously, one does not attain purity by doing so. (Mussar Ha’Mishnah)

R’ Shlomo Zalman Auerbach z”l writes: Requesting general forgiveness for all sins that one has committed against another is effective only for minor offenses. [If one committed a more serious offense, he must specify it when he requests forgiveness.] (Quoted in Halichot Shlomo: Mo’adim p.44)

Because Yom Kippur does not atone until one appeases his neighbor, one should be certain to recite the following prayer (part of Tefilah Zakkah) which is printed in many Machzorim:

“I extend complete forgiveness to everyone who has sinned against me, whether physically or financially, or who has gossiped about me or even slandered me; so, too, anyone who has injured me, whether physically or financially, and for any sins between man and his neighbor–except for money that I wish to claim and that I can recover in accordance with Halachah, and except for someone who sins against me and says, ‘I will sin against him and he will forgive me’–except for these, I grant complete forgiveness, and may no person be punished on my account.

Every fiftieth year on the Jewish calendar is a Yovel / Jubilee year. Today, we do not know when the Yovel falls, but we do know that it would be the year after a Shemittah year, as this year is.

The following is based on Rambam z”l, Hilchot Shemittah V’yovel, ch.10:

There is a Mitzvat Asei / an affirmative commandment to count seven cycles of seven years and to sanctify the fiftieth year, as it is written (Vayikra 25:8-10), “You shall count for yourself seven cycles of sabbatical years . . . You shall sanctify the fiftieth year.” These two commandments, counting and sanctifying, are responsibilities of the Bet Din Ha’gadol (i.e., the Sanhedrin) alone, not of any individual.

The first cycle of 50 years began in the year 2503 from Creation–after Eretz Yisrael was conquered and settled, which was 14 years after Yehoshua bin Nun and Bnei Yisrael first entered the Land. Thus, the first Yovel was 64 years (14+50) after Bnei Yisrael entered Eretz Yisrael.

When the tribes of Reuven and Gad and half the tribe of Menashe were exiled from Eretz Yisrael approximately 700 years later, or approximately 2,500 years ago, the Yovel ceased to be observed and has not been observed since. This is because the Mitzvah of Yovel applies only when the majority of Jews live in Eretz Yisrael and each tribe is living in its ancestral territory.

There is a Mitzvat Asei to blow the Shofar on the tenth of Tishrei (Yom Kippur) of the Yovel year. This Mitzvah is incumbent on Bet Din first, but also on every Jew. The Shofar is blown on Yom Kippur of the Yovel exactly as it is blown on Rosh Hashanah.

When the Yovel was observed, Jewish slaves would go free and purchased real estate would be returned to its hereditary owners (or otherwise disposed of, as specified in the Torah for each type of property). Also, when the Yovel was observed, the laws of Shemittah applied according to Torah law, unlike now, when they apply only by rabbinic ordinance.