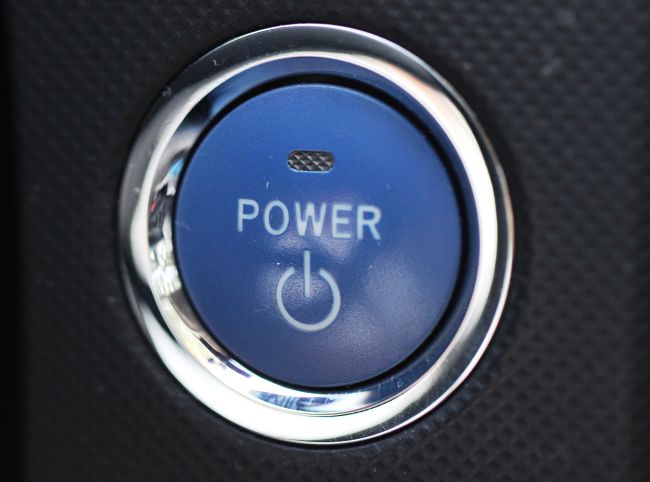 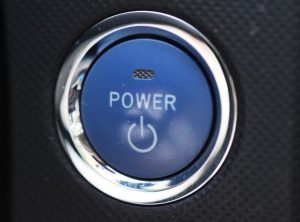 The Midrash Rabbah on our parashah comments on the incident in which Bil’am’s donkey spoke after Bil’am struck it. The donkey said (22:28), “What have I done to you that you struck me these shalosh regalim / three times?” Says the midrash: The donkey was saying, “Do you think that with your curses you can destroy the nation that observes the shalosh regalim / three pilgrimage festivals [Pesach, Shavuot and Sukkot]?!”

R’ Yitzchak Ze’ev Yadler z”l (1843-1917; Yerushalayim) observes that the midrash is able to search for a deeper meaning in the donkey’s words because donkeys ordinarily don’t talk; the words were really the words of Hashem. Why did He single out the mitzvah of shalosh regalim as the mitzvah that would protect Bnei Yisrael? R’ Yadler explains: Every mitzvah has a “segulah” / power of its own. For example, we read (Devarim 28:10), “Then all the peoples of the earth will see that the Name of Hashem is proclaimed over you, and they will revere you,” which our Sages interpret as a reference to tefilin. This teaches that proper observance of the mitzvah of tefilin will cause Jews to be viewed by gentiles as bearing a special majesty. Another example: The mitzvah of ma’aser / tithes and charity is a segulah for wealth.

Similarly, the mitzvah of aliyah la’regel / making a pilgrimage to the Bet Hamikdash for the shalosh regalim is a segulah to conquer and retain Eretz Yisrael. This is based on the verse (Shmot 34:24), “For I shall banish nations before you and broaden your boundary; no man will covet your land when you go up to appear before Hashem, your G-d, three times a year.” Bil’am was trying to stop Bnei Yisrael from reaching Eretz Yisrael, but the merit of the (future) mitzvah of aliyah la’regel protected Bnei Yisrael. (Tiferet Zion)

“The angel of Hashem said to him, ‘Why did you strike your donkey these three times? Behold! I went out to impede [you], for you hastened on a road to oppose me . . .’ Bil’am said to the angel of Hashem, ‘I have sinned, for I did not know that you were standing opposite me on the road. And now, if it is evil in your eyes, I shall return’.” (22:32, 34)

R’ Yehuda He’chassid z”l (Germany; died 1217) asks: Why didn’t Bil’am answer, “I struck the donkey because it pressed my leg against the wall”? And, why did Bil’am say, “I have sinned, for I did not know that you were standing opposite me on the road”? To the contrary, if he didn’t know the angel was there then he did not sin!

He explains: The Torah teaches that one is held responsible for what he should have known, even if it was never explicitly commanded. We read, for example (Bemidbar 31:14-15), “Moshe was angry with the commanders of the army . . . Moshe said to them, ‘Did you let every female [of Midian] live? Behold! — they caused Bnei Yisrael, by the word of Bil’am, to commit a betrayal against Hashem regarding the matter of Pe’or; and the plague occurred in the assembly of Hashem.” Moshe had never told the commanders that they should take the women as prisoners, but he was angry with them because they should have known.

Similarly, Bil’am should have known that G-d did not want him to go to Mo’av. Thus, when Bil’am said, “I have sinned, for I did not know that you were standing opposite me on the road,” he really meant, “for I did not make it my business to know . . .” That is also why he did not make excuses to the angel for hitting his (Bil’am’s) donkey; Bil’am knew that he was in the wrong.

R’ Yehuda He’chassid writes further: Our Sages instruct that a person should be “arom b’yirah” (literally, “cunning in his fear [of Heaven]”). This refers to using one’s intelligence to figure out G-d’s Will even without being explicitly commanded. (Sefer Chassidim No.153)

Can this be true? Don’t our Sages teach that one will be punished if he takes the attitude that “G-d overlooks sins”?

R’ Noach Shalom Brazovsky z”l (the Slonimer Rebbe in Yerushalayim) explains: When will G-d overlook sins? If a person sins because he cannot overcome his yetzer ha’ra, but at the same time that he commits the sin, he is broken within because he dreads the thought of transgressing G-d’s Will. This is the meaning of the verse: “He perceived no iniquity in Yaakov, and saw no perversity in Yisrael.” When? “When Hashem his G-d is with him” at the time he sins. (Quoted in Otzrotaihem Shel Tzaddikim)

“Balak said to him [Bil’am], ‘Go now with me to a different place from which you will see them [Bnei Yisrael]; however, you will see its [the nation’s] edge but not see all of it–and you will curse it for me from there’.” (23:13)

R’ Aharon Lewin z”l Hy”d (the Reisher Rav; killed in the Holocaust in 1941) writes: In any gathering of people, it is inevitable that there will be lowly individuals, those who are destined for the lowest depths. This is part of Hashem’s plan, so that the good people will see these wicked people and will learn from their eventual downfall not to follow in their ways.

R’ Lewin continues: Midrash Rabbah relates a fitting parable about the wicked. There was a king who planted a forest that included both fruit-bearing trees and non-fruit-bearing trees. His servants asked him, “For what purpose did you plant non-fruit-bearing trees?” The king answered, “If not for such trees, out of what would I construct bathhouses and smelting furnaces?” The wicked, explains R’ Lewin, are like bathhouses and smelting furnaces, for those who come in contact with the wicked will learn to cleanse and purify themselves.

Among us, as well, R’ Lewin continues, there are unfortunately wicked grave sinners. Still, the Jewish People as a whole are lofty and refined, and the wicked are insignificant compared to the whole. Our Sages hint to this when they say (see Rashi to Vayikra 19:2): “The portion of Kedoshim / ‘You are holy’ was proclaimed in full assembly.” But, our enemies–of whom there was no shortage in any generation–disregard the whole and take advantage the sins of the few, claiming wrongly that they are representative of all Jews.

One can interpret our verse in this context. After Balak saw how moved Bil’am was by seeing the entire encampment of Bnei Yisrael (see verses 9-10), Balak said to Bil’am, “Go now with me to a different place from which you will see them.” Look at Bnei Yisrael from a different perspective. “See its edge,” those on the fringe. “[Do] not see all of it.” Then, “You will curse it for me.” This, writes R’ Lewin, is the habit of the Jewish People’s enemies in every generation. (Ha’drash Ve’ha’iyun)

The Gemara (Sukkah 52a) says that the yetzer ha’ra appears to the righteous as a mountain and to the wicked as a thin hair. R’ Yosef Yoizel Horowitz z”l (1847-1919; the Alter of Novardok) explains: The Gemara (Shabbat 105b) teaches that the yetzer ha’ra entices a person to stray by starting with one small sin. The wicked are those who say, “What’s so terrible? This is just a small sin, like a hair!” The righteous, however, have foresight. They see the mountain that this small sin will develop into. (Madregat Ha’adam: Ma’amar Tikkun Ha’middot)

This letter was written by R’ Yitzchak Kossowky-Shachor z”l (1877-1951), rabbi in several Lithuanian towns and in Johannesburg, South Africa. The letter, written in approximately 1941, addresses another rabbi’s critique of one of R’ Kossowky-Shachor’s published derashot.

I have seen the small critique by the honorable rabbi, and I do not see fit to respond at length. There is a well-known statement: “We do not debate regarding ‘drush’.” Anyone who has a tendency toward drush and aggadah [the non-halachic parts of Talmud; for example, the stories and moral teachings] knows that, even in the finest works of drush of our days–for example, Ha’midrash V’ha’ma’aseh by the sage from Kalish zt”l and Ha’drash Ve’ha’iyun of Rabbi Lewin shlita, which are truly the choicest examples of the drush genre–there are many examples where darshanim overlaid their own ideas on the words of our Sages, or even on verses of Tanach, in ways that are far from the p’shat of the statement or verse. However, the derashot contain inherent truths, and no one ever objected to them on this basis [i.e., that they deviated from p’shat]. Everyone understands that there are different rules for drush as compared to halachah. In other words, we do not demand the same rigor regarding an aggadic statement as we do when someone wants to derive a new halachah from an inference arising from a difficult statement by Rambam z”l.

The reason for this is clear to all. A darshan may use a teaching of the Sages or even a verse as a fabric on which to embroider his own ideas–so long as his ideas are themselves correct and true. No one should complain in such a case that the explanation given to the statement of the Sages or the verse is not entirely consistent with the p’shat. . . . (Ikvei Yitzchak p.573)