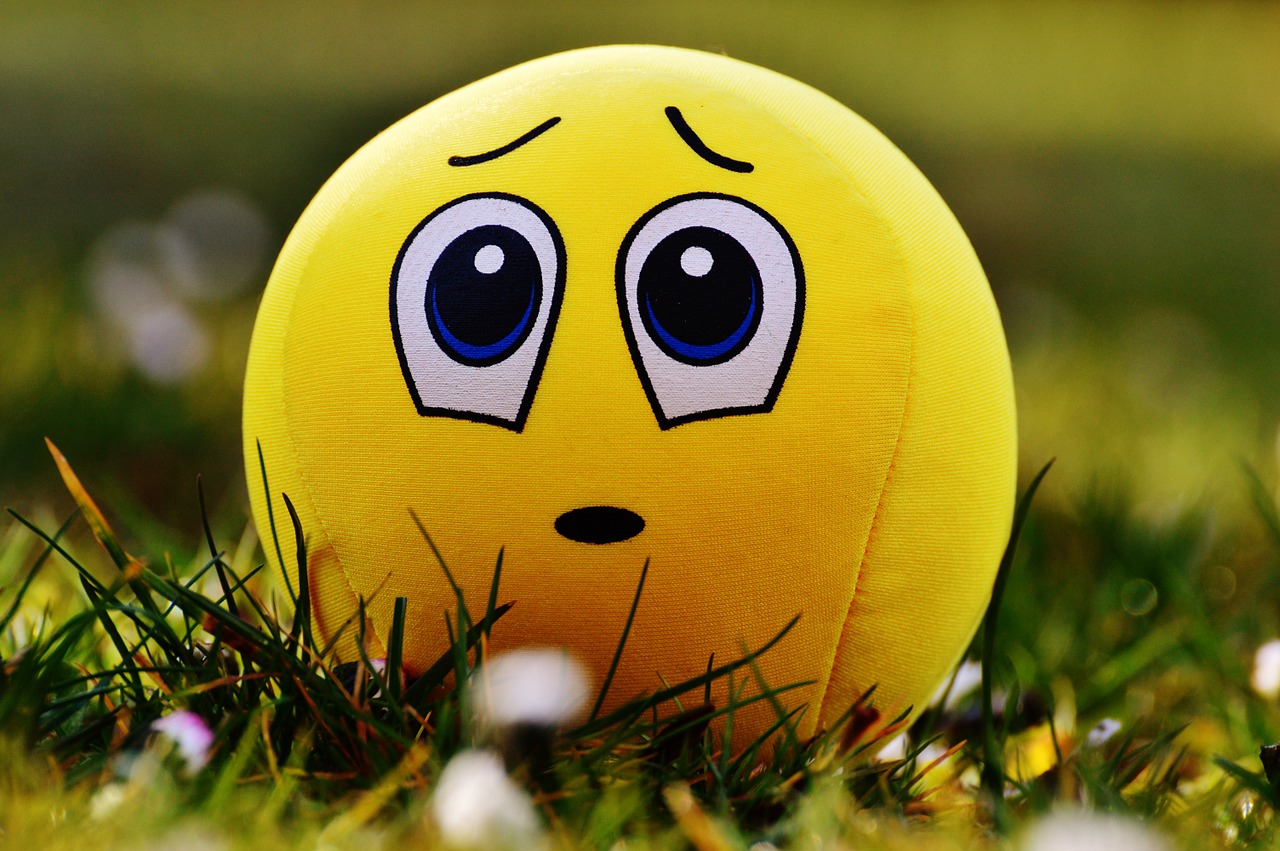 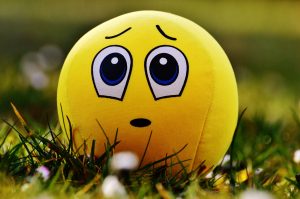 R’ Moshe Zuriel shlita (Bnei Brak, Israel; former Mashgiach Ruchani of Yeshivat Sha’alvim) notes that, while our Parashah discusses at length Adam Ha’rishon’s sin of eating from the Etz Ha’da’at, the Gemara (Avodah Zarah 5b) attributes to him a character failing that is only hinted to in the Torah. R’ Eliyahu z”l (1720-1797; the Vilna Gaon) describes this particular human failing as the most lowly trait imaginable. Specifically, we read (Bereishit 3:12), “The man said, ‘The woman whom You gave to be with me — she gave me of the tree, and I ate’.” With these words, Adam demonstrate the trait of being a Kafui Tov / an ingrate. In effect, he said to G-d, “It is Your fault that I sinned because you gave me that woman as a wife.” Indeed, R’ Zuriel writes, commentaries offer many rationalizations for why Adam ate from the Etz Ha’da’at. [However, see the Dvar Torah on page 2.] His lack of gratitude, however, seems to be inexcusable.

In light of the above, continues R’ Zuriel, we can understand some seemingly perplexing behavior of Moshe Rabbeinu. It took Hashem an entire week to convince Moshe to appear before Pharaoh and rescue the Jewish People. When Hashem finally won the argument, where did Moshe Rabbeinu go? Not to Egypt, but rather to Midian, to ask permission from Yitro. Did Moshe not care that his brethren were dying in Egypt? Of course he did, but he owed a debt of gratitude to Yitro for taking him in when Moshe was a fugitive from Pharaoh, and he could not disappear from Yitro’s house–even to do G-d’s bidding–without showing gratitude through a proper goodbye and thank you. (Otzrot Ha’Torah: Bereishit #2)

Midrash Eichah Rabbah relates: The Holy One, blessed is He, said, “I placed Adam Ha’rishon in Gan Eden, I gave him a commandment, he transgressed My commandment, I judged him and sentenced him to be exiled, and I wailed, ‘Eichah!’” [Here the Midrash notes that the Hebrew words “Ayekah” and “Eichah” have identical spellings. Hashem continues,] “Similarly, I brought Adam’s children into Eretz Yisrael, I gave them commandments, they transgressed My commandments, I judged them and sentenced them to be exiled, and I wailed (Eichah 1:1), ‘Eichah’ / ‘How is it that she [Yerushalayim] sits in solitude!’”

R’ Shmuel Yafeh Ashkenazi z”l (1525-1595; rabbi of the Ashkenazic community in Constantinople, Turkey) explains that the Midrash is not merely making a play on two similarly spelled words; rather, “Eichah” and “Ayekah” express the same question. Indeed, R’ Ashkenazi adds, the Midrash is teaching that Adam’s sin (eating from the Etz Ha’da’at) and the sin that led to the destruction of the First Temple and the Jewish People’s exile from Eretz Yisrael more than 3,000 years after Adam’s sin (idolatry) were one and the same. He writes:

Often, when a person sins, he has an excuse. Perhaps he did so out of necessity, as we read (Mishlei 6:30), “A thief is not scorned if he steals to satisfy his soul when he is hungry.” Or, perhaps he did not know it was prohibited. (That is why a Bet Din cannot administer lashes to a sinner unless two witnesses warned him that he was sinning, R’ Ashkenazi notes.) Adam Ha’Rishon, however, had none of these excuses. “I placed him in Gan Eden,” says Hashem. There he had everything that a person could want; he certainly was not hungry. And, “I gave him a commandment,” says Hashem. He knew he was not permitted to eat from the Etz Ha’da’at. Therefore, when he sinned and I exiled him, “I wailed, ‘Eichah!’” says Hashem. Eichah/ How is it possible that you (Adam) sinned? What were you thinking? Ayekah / Where was your mind wandering to?

R’ Ashkenazi continues: Like Adam, Bnei Yisrael committed sins that were inexcusable–specifically, idolatry–and therefore the First Temple was destroyed and the nation was exiled. Historically, mankind worshiped idols, not as a rejection of the Creator, but because people believed that idols served as intermediaries between Him and man. But, says Hashem, “I brought Bnei Yisrael to Eretz Yisrael,” a land overflowing with material and spiritual bounties. There, Bnei Yisrael had everything they could want. They had no need for intermediaries between themselves and the Creator, but, like Adam, they were not satisfied with their lot. Therefore, like Adam, they were punished. (Yefei Anaf: Petichta D’Eichah Rabati #5)

“So said the Kel, Hashem, Who creates the heavens and stretches them forth, spreads out the earth and what grows from it, gives a soul to the people upon it and a spirit to those who walk on it. ‘I am Hashem; in righteousness have I called you and taken hold of your hand . . .’” (Yeshayah 42:5-6)

R’ Shlomo Kluger z”l (1785-1869; rabbi of Brody, Galicia) explains, based on another Midrash, which states: We read (Tehilim 19:2), “The heavens proclaim G-d’s honor.” How so? The heavens are inanimate! The Midrash answers: Although the heavens are His and He created them, He loves only the descendants of Avraham. [Until here from the Midrash.] R’ Kluger writes: This Midrash is teaching how we can know whether Hashem gave us the Torah for His honor or for our own good? The answer is that if He had wanted to give the Torah for His own honor, he would have given it to the heavens [i.e., the angels]. This is apparent from the opening verse of our Haftarah, which teaches that Hashem “creates the heavens and stretches them forth, spreads out the earth and what grows from it, gives a soul to the people upon it . . .” The heavens were created first, so they arguably are the most distinguished. Hashem’s people were created last, so they arguably are less distinguished. Nevertheless, he gave the Torah to us! Thus, says the Midrash, the heavens in effect proclaim that Hashem loves only the descendants of Avraham.

R’ Kluger continues: Our verse quotes Hashem as saying: “In righteousness have I called you,” a reference to His giving us the Torah. Likewise, the verse quoted by the first Midrash above refers to Hashem’s righteousness: “The heavens proclaim His righteousness.” The heavens (i.e., the angels) proclaim that they wanted to receive the Torah (see Shabbat 88b), but Hashem gave it to us instead because He loves us. It follows that He would never betray us. Rather, if we are distant from Him it is because we have betrayed Him. (Shema Shlomo)

R’ Moshe Frankfurt z”l (early 1700s) comments: He gives his people a lofty soul, more lofty than the souls of any of the beings in the heavens. (Minchah Gedolah)

The 29th of Tishrei is observed as the Yahrzeit of Shimon Ha’tzaddik, a Kohen Gadol and leading Torah sage who lived during the Second Temple era (see Avot chapter 1). The traditional burial place of Shimon Ha’tzaddik is in the Sheikh Jarrah neighborhood north of Yerushalayim’s Old City, just east of the neighborhoods of Arzei Ha’birah and Ma’alot Dafna.

R’ Yitzchak Menachem Weinberg shlita (Tolna Rebbe in Yerushalayim) writes: It is well-known that my grandfather [R’ Yochanan Twersky z”l] felt some type of mystical connection to Shimon Ha’tzaddik and worked very hard to redeem his burial place. My grandfather spent a large amount of money to reconstruct the building over the grave. If not for him, the place surely would have been forgotten. My grandfather would often speak of the miracles that he saw at that place when he studied in Yerushalayim’s Ohel Moshe Yeshiva during the years 5684-5688 [1924-1928].

R’ Weinberg continues: It is worth inquiring why this sage Shimon is one of the few people in Jewish history who had the adjective “Ha’tzaddik” added to his name. (R’ Weinberg cites sources indicating that a Jewish name is not to be treated casually. Rather, Hashem causes a person to be given a name that reflects his essence.) R’ Weinberg suggests the following answer:

A Midrash relates that Emperor Alexander the Great wanted to place a bust of himself in the Bet Ha’mikdash, but Shimon Ha’tzaddik stood up to him and told him that doing so is prohibited by the Torah. Instead, Shimon Ha’tzaddik suggested, all Kohanim born in the coming year would be named “Alexander” after the emperor. This idea found favor in the emperor’s eyes. [Until here from the Midrash]

Generally, notes R’ Weinberg, we do not name our children after wicked people. It must be, he writes, that the fact that Shimon Ha’tzaddik risked his life to stand up the Alexander for the honor of the Temple had an impact in Heaven, and the name “Alexander” was thereby “purified.” It is only fitting, therefore, that Shimon’s own name be enhanced with an adjective such as “Ha’tzaddik.” (Chamin B’Motzai Shabbat)