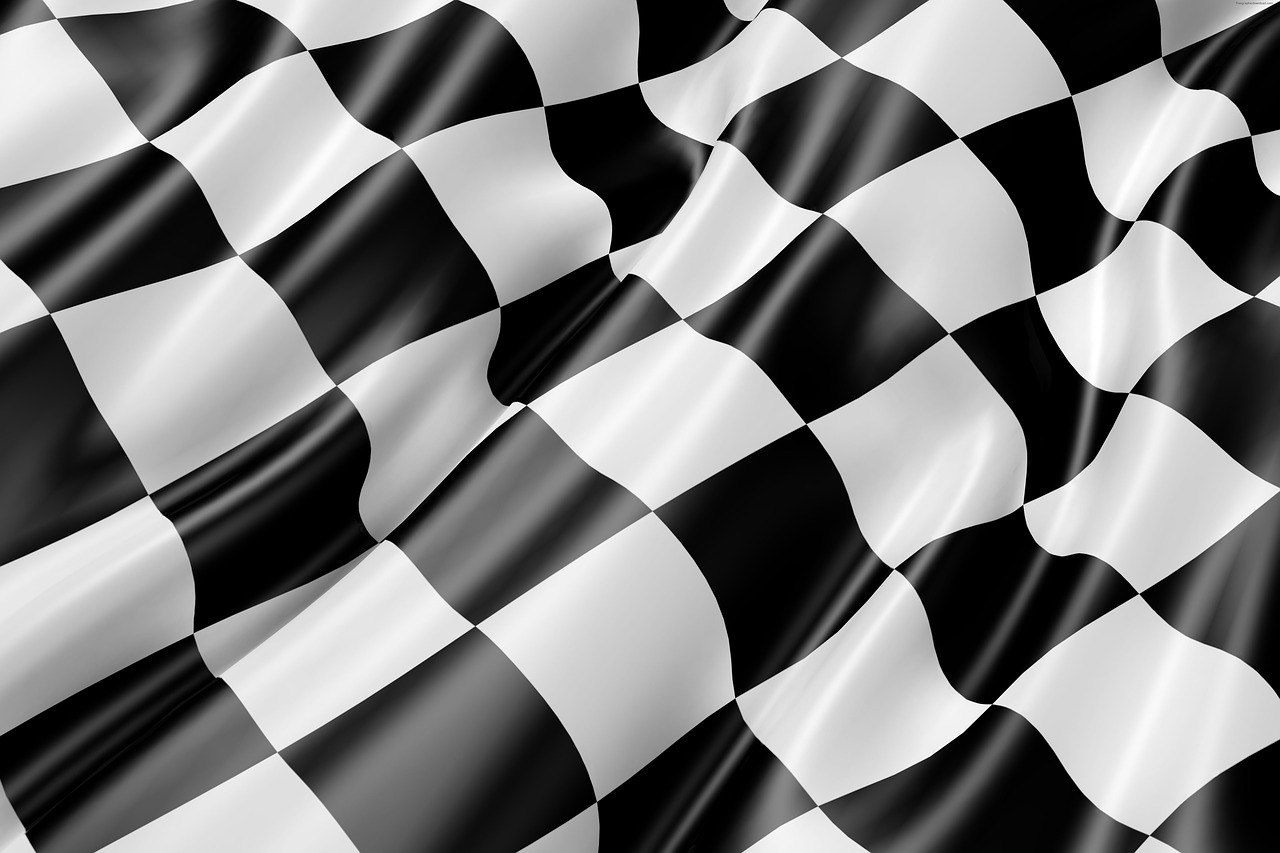 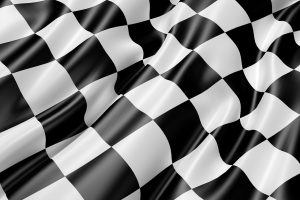 “Now Yisrael loved Yosef more than all his sons since he was a child of his old age, and he made him a ketonet pasim / fine woolen tunic.” (37:3)

Rabbeinu Machir z”l Hy”d (14th century) writes: “Pasim” is an acronym for the four individuals or groups that persecuted Yosef: Potiphar, the socharim / merchants, the Yishmaelim, and the Midyanim. (Avkat Rocheil)

“The Sar Ha’mashkim / Chamberlain of the Cupbearers did not remember Yosef, and he forgot him.” (40:23)

Rashi z”l explains: “He did not remember him” – on that day, “And he forgot him” – afterwards.

Rashi continues: Because Yosef placed his trust in the Sar Ha’mashkim, he was doomed to remain in prison for two additional years. Thus it is said (Tehilim 40:5) “Happy is the man who makes Hashem his trust and does not turn to the arrogant,” i.e., he does not trust in the Egyptians, who are called arrogant (Yeshayah 30:7). [Until here from Rashi]

Many commentaries have wondered: While it is true that a person is required to have Bitachon / trust in Hashem, a person also is expected to engage in Hishtadlut / human effort. If so, what did Yosef do wrong when he asked the Sar Ha’mashkim to remember him?

R’ Yosef Dov Halevi Soloveitchik z”l (Belarus; 1820-1897) answers: A Jew’s primary obligation is to have Bitachon. Hishtadlut is permitted only because not every person is capable of placing his complete trust in Hashem. By working or making other efforts to provide for his needs, a person creates circumstances in which he can trust in Hashem to do the rest. [Obviously, this is not ideal, for it implies a belief that Hashem needs a person’s help.] It follows that Hishtadlut is not for everyone, nor is there a uniform level of Hishtadlut that is appropriate for all people.

Yosef, continues R’ Soloveitchik, exceeded the level of Bitachon that was appropriate for someone on his spiritual level. The verses reveal that Yosef understood that his entire encounter with the Sar Ha’mashkim was the beginning of his redemption; that is why he asked the Sar Ha’mashkim’s help as part and parcel of interpreting his dream (see verses 13-14). But, he should not have done so. Since he recognized that the process of his redemption had started, he should have placed his complete trust in Hashem and not asked the Sar Ha’mashkim’s help.

R’ Soloveitchik concludes: This explains the seemingly incongruous wording of the Midrash that Rashi is quoting. Why does the Midrash cite a verse about someone who does have Bitachon? Instead, it should have cited a verse about someone who does not have Bitachon (e.g., Yirmiyah 17:5). However, the Midrash is teaching that the reason Yosef is faulted is because he was, in general, a person with a very high level of Bitachon. That is why, for him, Hishtadlut was wrong. (Bet Ha’Levi: Parashat Mikeitz)

R’ Yaakov Weinberg z”l (1923-1999; Rosh Hayeshiva of Yeshiva Ner Israel in Baltimore, Maryland) questions the premise of the Bet Ha’Levi’s explanation: For a person in Yosef’s situation to get out of prison would have required a miracle. And, our Sages teach that a person may not rely on a miracle occurring. They do not say that this rule applies differently depending on a person’s spiritual level. Thus, Yosef seemingly was obligated to make his own efforts to get out of prison.

Rather, R’ Weinberg explains, the reason Yosef was punished was that [as the Bet Ha’Levi says] he saw, or should have seen, that his redemption had already begun. After all, Yosef had been in the dungeon for ten years. No one who cared about him had any idea where he was. In short, he had no hope of being saved. Suddenly, the Sar Ha’mashkim showed up in the same prison, had a dream that needed interpreting, and Yosef was able to interpret it. This could only mean that Hashem was “engineering” Yosef’s salvation. Given the clear signs that his salvation was already underway, there was no reason for Yosef to do anything. (Heard from R’ Shlomo Naiman shlita, 8 Kislev 5778)

R’ Moshe Zuriel shlita (former mashgiach ruchani of Yeshivat Sha’alvim) writes: At first glance, the sin of Yosef’s brothers was kidnaping. However, some kabbalists say that the true severity of their sin was due to the fact that they deprived a tzaddik of the opportunity to live in Eretz Yisrael.

R’ Zuriel continues: The Zohar Chadash teaches that the reason Bnei Yisrael were in exile in Egypt for 210 years was that Yosef’s 10 brothers — Binyamin did not participate — forced Yosef to be separated from his family for 22 years (10 x 22 = 220). From this, Hashem subtracted 10 years as compensation for the pain that the 10 brothers felt as a result of dying outside of Eretz Yisrael, leaving a “sentence” of 210 years. (Drishat Zion)

“Yosef’s bones, which Bnei Yisrael had brought up from Egypt, were buried in Shechem, in the parcel of land that Yaakov bought from the sons of Chamor, father of Shechem, for a hundred Kesitah / pieces of silver, and it became a heritage for the children of Yosef.” (Yehoshua 24:32)

Rashi z”l comments: “From Shechem they stole him [as described in our Parashah]; to Shechem they returned him.”

R’ Moshe Nussbaum/Reisher z”l, best known as the author of Mishlei Yaakov, a collection of the teachings of the Dubno Maggid z”l, grew up in Yerushalayim in the mid-1800s. Around 1868, he traveled to Europe as a fund-raiser, and there he wrote Sha’arei Yerushalayim–a guide book combining Talmudic teachings about Eretz Yisrael with his own experiences in, and observations of, the Holy Land. He writes:

Approximately the distance of the Techum Shabbat away from Shechem [i.e., 2,000 Amot, the distance a person may walk outside of a city on Shabbat], is the field that Yaakov bought for 100 Kesitah. It is level ground, pleasing to look at, and very large–it takes approximately three hours to walk across it. In it are fields that yield all types grain in abundance, and, in the center, Yosef is buried. Above the tomb is a building with no roof, just four walls of quarried stone. In the center, there is a handsome monument. Flanking it are two pillars, each one-and-a-half Amot tall, and it is said that they mark the tombs of Yosef’s sons, Menashe and Ephraim. Next to this structure is a wondrous cave called “Be’er Yaakov” / “The well of Yaakov.”

R’ Reisher continues: The gate [to the tomb] of Yosef Ha’tzaddik is locked and a certain Arab guards it. When he sees Jews approaching, he opens the gate for them and collects ten paras [an Ottoman coin] per person. When I traveled from Yerushalayim to Tzefat via Shechem with ten men, we came to this parcel of land, and the Arab immediately came toward us and opened the gate. We bowed down at the grave and recited prayers and supplications. The Arab stood at the gate so that we should not depart without paying ten paras per person. (Sha’arei Yerushalayim ch.8)