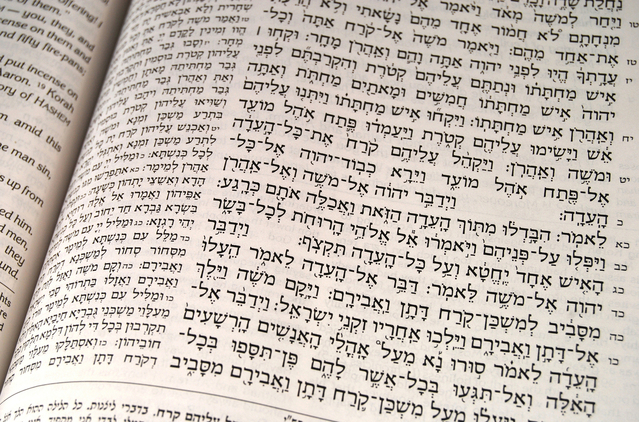 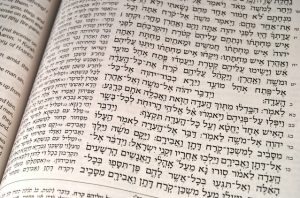 Our Parashah relates that, after the Exodus, the Egyptians pursued Bnei Yisrael to the Yam Suf. We read (14:10), “Pharaoh approached, and Bnei Yisrael raised their eyes and behold! — Egypt was journeying after them, and they were very frightened; and Bnei Yisrael cried out to Hashem.” The Midrash Mechilta records that Bnei Yisrael were divided into four groups, and for each of them Moshe had a different message. One group said, “All is lost; let’s throw ourselves into the sea.” To them, Moshe said (14:13), “Stand fast and see the salvation of Hashem.” A second wanted to return to Egypt, but Moshe told them: “As you have seen Egypt today, you shall never see them again.” A third wanted to fight, but Moshe said (14:14), “Hashem shall do battle for you.” The last group wanted to cry out. To them Moshe said, “You shall remain silent.”

R’ Yosef Shalom Elyashiv z”l (Yerushalayim; 1910-2012) observes that in every generation, whatever the challenge facing the Jewish People, there are multiple groups of well-meaning people suggesting different approaches to addressing the issues of the day. But, what is usually missing from the discussion, as was the case at the Yam Suf, is a Torah perspective. One group says (verse 11), “Are there no graves in Egypt?” That group does not have faith in the eternity of the Jewish People. Another group says, “Let us return to Egypt.” That group mistakenly thinks that there would be no anti-Semitism if we would only integrate with our neighbors. And so on. Moshe Rabbeinu–i.e., the Torah–has an answer for each of them, as the Midrash describes. (Mishnat Ha’Grish: Pesach p.397)

The Gemara (Shabbat 133b) interprets the word “V’anvaihu” as being related to the word “Na’eh” / “beautiful,” and derives from here the concept of “Hiddur Mitzvah” / beautifying a mitzvah. Says the Gemara: “Beautify yourself before Him with Mitzvot — make a beautiful Sukkah, a beautiful Lulav, a beautiful Shofar, beautiful Tzitzit, a beautiful Sefer Torah . . .” [Until here from the Gemara]

He explains: Some people make beautiful Sukkot, buy beautiful Lulavim, etc. for their own egos. That, however, is not beautifying the Mitzvah. Rather, “Anvaihu” / “I will beautify [for] Him!” (Meishiv Nefesh Al Megilat Ruth 2:8)

“You will bring them and implant them on the mountain of Your heritage, the foundation of Your dwelling-place that You, Hashem, have made — the Sanctuary, my Master, that Your hands established.” (Shmot 15:17)

The Midrash Eichah Rabbah states: “Had you merited, you would have recited the verse [quoted above]. Now that you have not merited, you recite (Eichah 1:22), “May all their evil come before you.” [Until here from the Midrash]

Both of the cited verses contain verbs with the root “אוב” (“bring” and “come”), but surely the Midrash is not just making a word play. R’ Yaakov Kranz z”l (1747-1805; the Dubno Maggid) explains:

The Gemara (Berachot 3a) teaches that when Jews recite the sentence in kaddish, “Yehei shmei rabbah . . . ,” Hashem shakes his head (so-to-speak) and says, “Fortunate is a King whose children praise Him in this manner! Woe to the Father who has exiled His children!” This teaches that Hashem is “pained” by our exile. If we appreciated this fact, our prayers would be very different than they are. Instead of praying that our exile end because Jews are oppressed around the world, we would pray that Hashem redeem us in order to end His own “pain,” i.e., His “disappointment” over the fact that His design for the world has been frustrated by our sins.

This is what the Midrash means. If we were worthy, we would pray for the rebuilding of the Bet Hamikdash because that is Hashem’s plan. Instead, all we pray for is that He see our suffering at the hands of our evil enemies. (Kol Bochim / Voice of Weepers p.126)

R’ Krause answers: That statement itself is the essence of humility. Humility means recognizing that “I have nothing to contribute to resolving the issue before me. Only Hashem can do that.” Haughtiness, on the other hand, indicates that one has forgotten Hashem, and that is why it is so deplorable. (Netiv B’mayim Azim p.414-415)

In Devarim (25:18), we read about Amalek: “He happened upon you on the way, and he struck all the weaklings at your rear, when you were faint and exhausted, and he did not fear Elokim.” Amalek was a nation of sadistic murderers! notes R’ Shlomo Wolbe z”l (1914-2005). Is the harshest thing we can say about Amalek that “He did not fear Elokim”?

Indeed! R’ Wolbe answers. The Torah does not know any definition of evil other than being “not G-d-fearing,” being distant from the Creator. We, as human beings, hang in the balance between two conflicting forces: G-dliness, on the one hand, and evil, on the other hand. We cannot really understand these two powerful spiritual forces. What we can do, however, is to “attach” ourselves to one force or the other. This is why we find language in the Torah such as (Bemidbar 25:3), “Yisrael became attached to Baal-Pe’or [a form of idolatry],” and, in contrast, (Devarim 4:4), “You who cling to Hashem, your Elokim–you are all alive today.” (Kinyan Da’at p.41)

This week, we continue excerpting from a letter that the noted Mishnah commentator, R’ Ovadiah Yarei z”l of Bartenura, Italy (approx. 1455-1515), wrote to his father and brother about his journey to Eretz Yisrael. This passage picks up his trip as he leaves Palermo, Sicily.

On Erev Chag Ha’Sukkot [5]248 [1487], a ship arrived in Palermo headed for Alexandria [Egypt]. On board was the distinguished gentleman, his honor, Meshulam of Volterna, with his valet. I was very pleased to see him and I joined his traveling party. On the night of Motzai Shabbat Bereishit, we entered the boat, and, on Sunday afternoon, we left Palermo. Hashem guided a good wind all that day and all the night; morning came [a play on Shmot 10:13], and we were near the straits of Messina. We passed through the straits in peace and entered Messina on Monday afternoon. [He then describes the Jewish community of Messina as wealthier than that of Palermo, but otherwise similar. He continues:] I saw a wedding that was made while I was there. After the Sheva Berachot, they took the bride [from under the Chuppah] and placed her on a horse in the main street of the city. Everyone walked in front of her, with the groom in the midst of the elders. In front of the bride, who was alone on the horse, were young men and children holding lighted torches and calling out in such loud voices that I thought there would be an earthquake. They make a circuit though all the Jewish streets, and the gentiles see and rejoice with them, and no one complains.

On the eleventh of Marcheshvan, we departed Messina for Rhodes. Eleven Jewish souls joined us on the boat: a merchant from Zikari[?] with his valet; three Jewish leather workers from Syracuse; and one Sephardic Jew with his wife, two sons, and two daughters; altogether, we were fourteen Jews on the boat. (Darchei Tziyon)