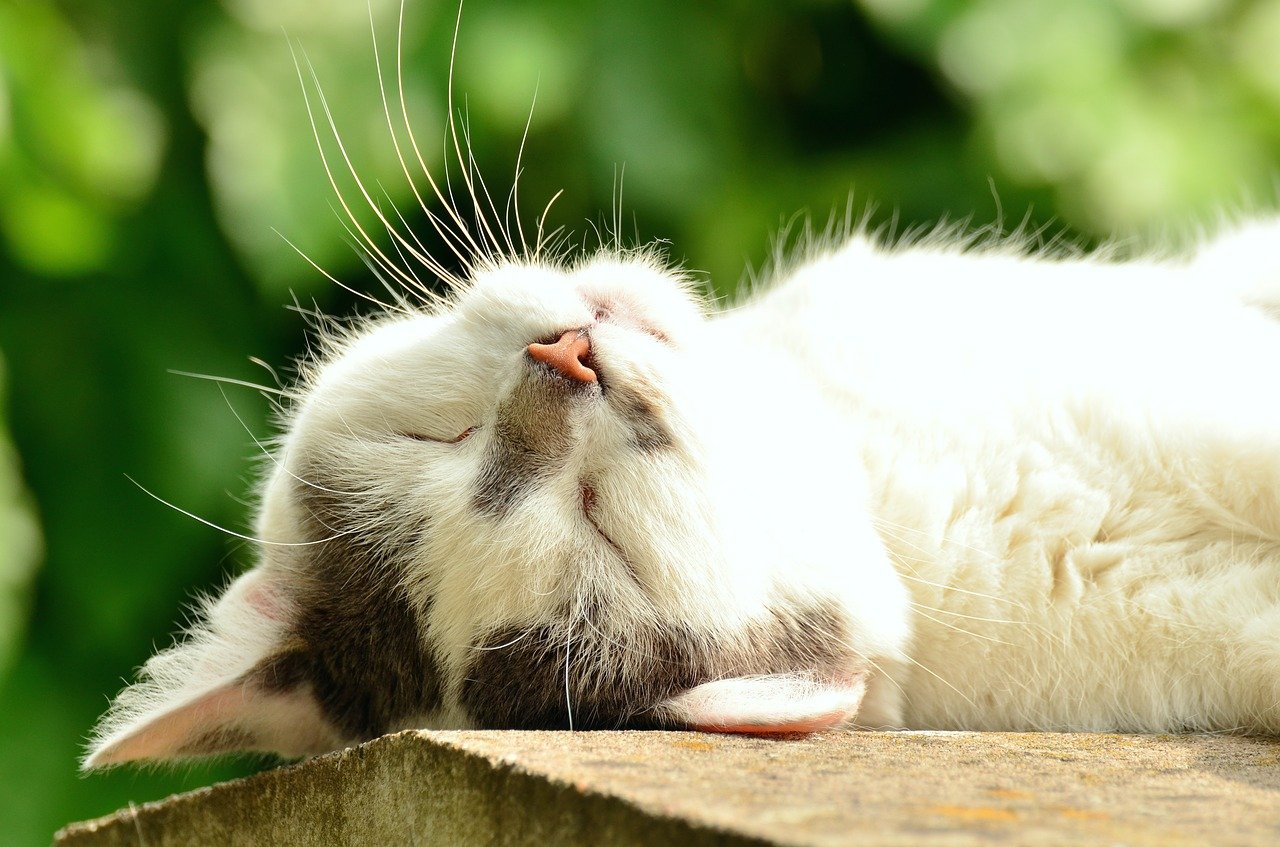 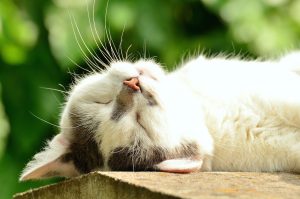 Dreams play a major role in both this week’s and last week’s parashot. In this week’s reading, Pharaoh says to Yosef (41:15), “I dreamed a dream, but no one can interpret it.” R’ Nosson Meir Wachtfogel z”l (1910-1998; mashgiach ruchani of Bet Medrash Govoha in Lakewood, N.J.) asks: What did Pharaoh mean by “no one can interpret it”? Rashi writes that Pharaoh’s advisers offered him several different interpretations!

R’ Wachtfogel answers: The Gemara (Berachot 55b) teaches that the meaning of a dream depends on the interpretation given to it. Some dreams are not good or bad; rather, their fulfillment depends on their interpretation. If a person interprets his dream as a good “prophecy,” that good may actually come to him. On the other hand, if he interprets the dream as bad tidings, that bad may befall him.

In Pharaoh’s case, his advisers did offer him several interpretations of his dreams. For example, they suggested that he would father seven daughters who would then die. However, Pharaoh didn’t want to have seven daughters who would die, and he didn’t like the other interpretations either; therefore, he insisted that no one was able to interpret his dreams.

R’ Wachtfogel explains further: When Hashem causes a person to dream, He is giving the person raw materials with which to “build” a future. This is why there are prayers by which a person asks that a “bad” dream turn “good.” One can’t simply wish a dream away, just as one who has his hands full of building materials can’t pretend that his hands are empty. The building materials must be used for something –whether good or bad–and so must the dream.

The Gemara teaches that a person should wait as long as 22 years for a dream to come true (the number of years Yosef waited for his brothers to bow to him). Just as a dream may be compared to building materials, so it may be compared to a seed, and a person who plants seeds must wait for them to germinate. (Kovetz Sichot II)

Midrash Rabbah comments, quoting Iyov (28:3): “He sets a limit to the darkness.” Hashem decreed how many years Yosef would spend in the darkness, i.e., in prison. Once that time was up, Pharaoh was dreaming [leading to Yosef’s release, as described in our parashah].

The midrash continues, quoting Mishlei (14:23); “In all toil there will be gain, but the talking of the lips brings only loss.” Because Yosef said to the wine chamberlain [at the end of last week’s parashah], “Remember me” and “Mention me,” G-d added two extra years to Yosef’s sentence. [Until here from the midrash]

R’ Hillel ben Raphael z”l (father-in-law of the Chafetz Chaim z”l; died 1899) asks: How does the midrash know that the two years were “extra”? The Torah never says how long Yosef was in prison in total; perhaps our verse means, “At the end of two years” in total that Yosef was in prison?

He explains: The midrash is explaining the Torah’s seemingly superfluous use of the words “of days.” Why didn’t it say simply, “It happened at the end of two years”? The answer lies in that fact that “day” and “light” generally refer to redemption, while “night” and “darkness” generally refer to subjugation. From the words “of days,” the midrash learns that these were two years that should have been “days,” i.e., years in which Yosef should have been free. But, because he put his faith in the wine chamberlain, these years turned to “darkness,” i.e., imprisonment.

R’ Hillel continues: Throughout our history, great Torah sages tried to predict when mashiach would come. How could they all have been wrong? The answer is that there are multiple times in history that are propitious times for mashiach to come, but only if we merit to be redeemed. This is the meaning of the verse quoted by the above midrash. “He sets a limit to the darkness.” When that time comes, Hashem examines our deeds to see if we are worthy of redemption. Similarly, after Yosef had spent ten years in prison (according to our Sages), Hashem examined Yosef’s deeds to see if he was worthy of redemption. And, because Yosef had put his faith in the wine chamberlain, he was found unworthy. (Bet Hillel: Drushim)

“Then he [Yosef] instructed the one in charge of his house, saying, ‘Fill the men’s [his brothers’] sacks . . . and put each man’s money in the mouth of his sack. And my goblet — the silver goblet — place in the mouth of the youngest one’s [Binyamin’s] sack along with the money of his purchase.” (44:1-2)

R’ Moshe Leib Shachor z”l (Yerushalayim; 1894-1964) asks: Why did Yosef return his brothers’ money when his real goal was to falsely accuse Binyamin of stealing his goblet?

He answers: Yosef wanted his brothers to realize immediately that they had been “set-up” because otherwise they might harm Binyamin, if they thought he had stolen the viceroy’s goblet. Now, when they saw that each of them had money in his bag that was not his–and each of them knew that he had not stolen that money–they would judge Binyamin favorably as well. (Avnei Shoham)

R’ Shteinman explains: We are obligated to praise Hashem for the fact that the Chashmona’im had the courage to wage war. After all, any rational person could see that they were sure to lose the battle! Also, we praise Hashem for giving them the strength to fight.

(R’ Shteinman notes that, based on the above explanation, the phrase “Al Ha’milchamot” / “For the wars” should not be recited on Purim. It was not a miracle that the Jewish People went to war in the days of Mordechai and Esther. If they hadn’t, they would have been killed. In contrast, the Chashmona’im went to war for a spiritual cause. Indeed, R’ Shteinman notes, some editions of the Rambam’s Siddur omit the words “Al Ha’milchamot” on Purim.)

R’ Shteinman continues: We also learn from here that one should not just praise Hashem in a general way. Rather, one should praise Hashem for each and every aspect of a miracle that occurs. That would explain why the next paragraph, beginning “Bimei Mattityahu,” uses so many different phrases to describe the same events, such as “You fought their fight, You judged their judgment, You avenged their vengeance . . .”

It is not easy to attain a level on which one can express his gratitude to such a degree, R’ Shteinman acknowledges. However, this is not a form of Divine service reserved for Chanukah. Rather, we have the opportunity when we recite “Modim” three or more times every day to reflect on the deep debt of gratitude that we owe Hashem for our everyday life. This, in turn, will train us to reflect on the details of bigger miracles as well. (Yimalei Pi Tehilatecha: Iyunim B’Tefilah p.234)

The Mishnah (Menachot 8:3), when discussing the process of procuring olives and making olive oil for the Temple service, teaches: “Tekoa is alpha for oil. The sage Abba Shaul says: Regev across the Jordan River is second to it.” [Until here from the Mishnah]

R’ Moshe ben Maimon z”l (Rambam; Spain and Egypt; 1135-1204) explains differently: “Alpha” is a Hebrew word, whose root–aleph, lamed, peh–means, “to learn.” Tekoa is “learned” in producing excellent oil, meaning it is the nature of that place to produce fine oil.

Where is this Tekoa? [There is more than one Tekoa in Eretz Yisrael.]

R’ David Kimchi z”l (Radak; Provence; 1160–1235) comments on the above-cited verse in Shmuel, “Our Rabbis z”l (Menachot 85b) say: Why did Yoav send to Tekoa [to find someone to calm King David after his son Avshalom killed his half-brother Amnon]? Rabbi Yonatan says: Because they have a large supply of olive oil, wisdom is found there.” Radak continues: This city is in the territory of Asher [in the Galil], as is written (Devarim 33:24), “Of Asher, he said, ‘The most blessed of children is Asher; he shall be pleasing to his brothers, and dip his feet in oil’.”

R’ Moshe Zuriel shlita (former Mashgiach Ruchani of Yeshivat Sha’alvim) notes that a connection between olive oil and wisdom is mentioned a number of times in the Talmud and Zohar. For example, Bava Batra (25b) teaches, “One who wants to become wise should angle himself toward the south [while praying, because the Menorah (lit with olive oil) was in the southern half of the Bet Hamikdash]. (Otzrot Ha’aggadah)

We say in the Al Ha’nissim prayer that the Greeks rendered all of the oil in the Bet Hamikdash tamei / impure. Why do we focus on the oil; didn’t they make everything in the Temple tamei? R’ Yitzchok Hutner z”l (1906–1980; Rosh Yeshiva of Yeshiva Chaim Berlin in Brooklyn, N.Y.) notes that the connection our Sages make between olive oil and wisdom answers this question: At stake in our war with the Greeks was whether Greek wisdom or Torah wisdom would prevail. Thus, the Greeks attacked the symbol of wisdom: olive oil. (Pachad Yitzchok: Chanukah 11:10)