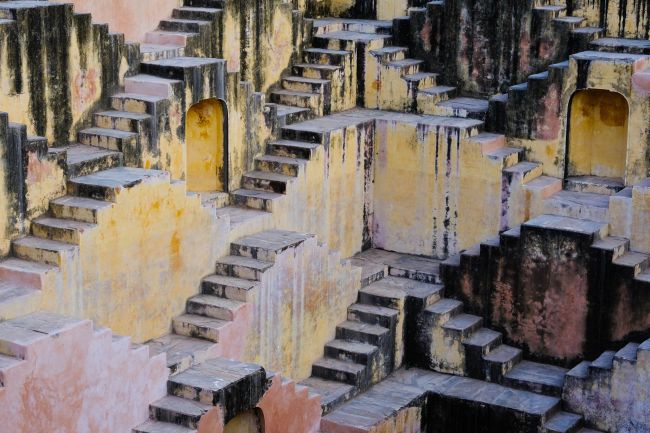 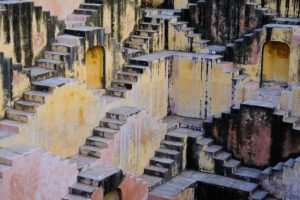 Sponsored by
the Edeson and Stern families
on the 56th wedding anniversary
of Esther & Jacob S. Edeson
and the high school graduation
of Dovid Levy Stern,
and for a Refuah Shleimah
for Jacob S. Edeson

Our Parashah relates that Moshe sent Spies and they brought back a bad report. We read (13:31), “But the men who had ascended with him said, ‘We cannot ascend to that people for it is too strong for us!’”

Later in the Parashah we read (14:40): “They awoke early in the morning and ascended toward the mountaintop saying, ‘We are ready, and we shall ascend to the place of which Hashem has spoken, for we have sinned!’” (14:40)

What changed between the time that Bnei Yisrael accepted the opinion of the spies that, “We cannot ascend,” and the time that Bnei Yisrael said, “We shall ascend”? R’ Shneur Zalman of Liadi z”l (1745-1813; the Ba’al Ha’Tanya) explains: In their hearts, all of the Jewish People are believers. Sometimes, the Yetzer Ha’ra manages to overcome a person and causes him to act or speak contrary to his innate belief. That is what happened at first. However, as soon as Bnei Yisrael heard how angry Hashem was at their saying, “We cannot ascend,” their evil inclinations immediately were subdued and their Emunah was able to express itself in the statement, “We shall ascend!”

Unfortunately, in the case of the Generation of the Wilderness, it was too late to undo the damage that their words caused. Nevertheless, every person can learn from this not to despair when heretical or immoral thoughts cross his mind. The Yetzer Ha’ra only has permission to confuse a person, but it is never able to uproot a Jew’s core beliefs. (Likkutei Amarim, end of ch.29)

Rashi comments: The verse cannot mean that Chevron was chronologically older than Tzo’an. Rather, Rashi writes, “Tzo’an must have been the best part in the land Egypt since the residence of the kings was there, as is written (Yeshayahu 30:4) ‘For in Tzo’an were its princes,’ yet Chevron was seven times better than it.”

Surely Tzo’an was a city of grand palaces and boulevards! In what sense was Chevron better than it? R’ Hershel Reichman shlita (rosh yeshiva at Yeshivat Rabbeinu Yitzchak Elchanan / Yeshiva University) explains:

Tzo’an was a beautiful city, as long as one looked only at the surface. In reality, it was a city built by cruelly abused slaves and inhabited by an immoral people. In contrast, Chevron was a graveyard, the burial place of our Patriarchs and Matriarchs; on the surface, there is nothing beautiful about Chevron. However, its Penimiyut / inner essence is truly beautiful.

It was that Penimiyut that ten of the Spies failed to see. (Heard from R’ Hershel Reichman shlita – 12 Sivan 5774)

“There we saw the Nephilim, the sons of the giant from among the Nephilim; we were like grasshoppers in our eyes, and so we were in their eyes!” (13:33)

The Midrash Tanchuma comments: Hashem said, “For saying, ‘We were like grasshoppers in our eyes,’ I forgive you. For saying, ‘And so we were in their eyes,’ I do not forgive you. How do you know? Perhaps I made them see you as angels?!” [Until here from the Midrash]

R’ Nosson Zvi Finkel z”l (1849-1927; the Alter of Slabodka) explains: The Spies’ error was focusing on the physical strength of the inhabitants of Canaan instead of focusing on man’s spiritual greatness, an area in which Bnei Yisrael had the advantage. The Spies saw the giants who inhabited Chevron and were intimidated by them, instead of realizing that, to the contrary, the inhabitants of Canaan were, in fact, intimidated by Bnei Yisrael [see Yehoshua 2:9]. (Ohr Ha’tzafun II p.97)

R’ Yosef Yozel Horowitz z”l (1847-1919; the Alter of Novardok) offers a different explanation for why the Spies failed in their mission.

The Zohar teaches that the Spies erred because they foresaw that they would lose their positions of stature when Bnei Yisrael entered Eretz Yisrael. This does not mean, explains the Alter, that the Spies consciously lied in order to protect their jobs. Rather, our Sages teach that Hashem is constantly testing man and that He gives man “room to err.” Man’s challenge in this world is to uncover the subtle biases that influence his decisions — that effectively “bribe” him to act a certain way — and to act according to the Torah’s instructions without being influenced by those “bribes.” Even great people, as the Spies were, face this challenge and sometimes fail. (Madregat Ha’adam: Tikkun Ha’middot ch.2)

“It shall constitute Tzitzit for you, that you may see it and remember all the commandments of Hashem and perform them; and not explore after your heart and after your eyes after which you stray.” (15:39)

R’ Ben Zion Nesher shlita (one of the senior rabbis in Tel Aviv, Israel) asks: It is understandable that following one’s eyes is connected with immoral behavior, but what is the connection between following one’s heart and heresy?

He answers in the name of his grandfather, R’ Avraham Nesher (Adler) z”l (1894-1969; Acting Chief Rabbi of Yerushalayim in the 1960s), who quoted his teacher, the Chofetz Chaim z”l: The verse is referring specifically to the heretical belief that G-d doesn’t care about the performance of Mitzvot as long as “I am Jewish in my heart.”

R’ Ben Zion Nesher continues: This explanation sheds new light on the continuity of the verses here, for the next verse is: “So that you may remember and perform all My commandments and be holy to your Elokim.” Do not think that G-d wants your heart alone; in fact, He wants you to perform all the commandments!

In this light, R’ Nesher writes, we can understand why we are so offended by the question asked by the Rasha / wicked son in the Pesach Haggadah: “What is this Avodah / service to you?” He is asking: What is the purpose of the Mitzvot? It is enough that I am Jewish at heart! And, we answer him: “If you had been there, you would not have been redeemed. Hashem redeemed us for the purpose of serving Him by performing Mitzvot.”

In this light, as well, we can understand the verses in Malachi (3:13-14; in the Haftarah for Shabbat Ha’gadol): “You have spoken harshly against Me, says Hashem, yet you say, ‘How have we spoken against You?’ You said, ‘To serve Elokim is useless . . .’” If the people actually said that serving Hashem is useless — an openly heretical statement — how could they be asking innocently, “How have we spoken against You?” The answer is that they did not openly reject Hashem. Rather, they rejected Mitzvah observance and instead were “being Jewish in their hearts.” That is not an open rejection of the Torah, but it is a rejection of the Torah nevertheless. We therefore read a few Psukim later (verse 18), “Then you will return and see the difference between the righteous and the wicked, between one who serves Elokim and one who does not serve Him.” (Haggadah Shel Pesach Shir Tziyon p.53)

Midrash Tanchuma teaches: Thus it is written (Yeshayah 46:10), “From the beginning I foretell the outcome, and from earlier times, what has not yet been.” Everything is seen by Hashem. Eshkol was Avraham Avinu’s friend (see Bereishit 14:24). He was so named because of the cluster that Bnei Yisrael would later cut from his land. [Until here from the Midrash]

R’ Chanoch Zundel z”l (Eishishok, Lithuania; died 1867) explains that the Midrash is answering two questions. First, if the Spies named the place “Valley of Eshkol,” how can the verse say, “They arrived at the Valley of Eshkol”? When they arrived, it was not the Valley of Eshkol! Second, why does the verse say, “He named that place”? If the Spies named it, the verse should say, “They named that place”! The Midrash answers these questions by saying that someone named Eshkol had lived there hundreds of years earlier. (Etz Yosef)

The word “Eshkol” is spelled without a “vav” the first time it appears in our verses, i.e., when “they arrived at the Valley of Eshkol,” and with a “vav” all the other times. The absence of one letter hints that, when they arrived, the naming of the place was not yet complete, because the event to which its name refers had not yet occurred. (Peirush Kadmon)

R’ Yehosef Schwartz z”l (1805-1865; Germany and Eretz Yisrael; Torah scholar and geographer) writes: The above Midrash suggests strongly that the Valley of Eshkol is in the vicinity of Chevron. [Chevron is where Avraham lived, and his friends presumably lived nearby.] (Tevuot Ha’aretz p.91)