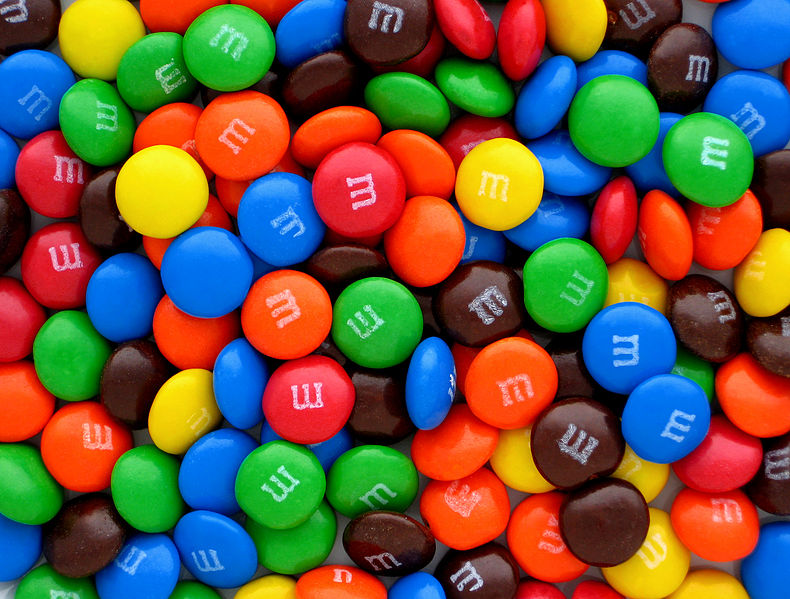 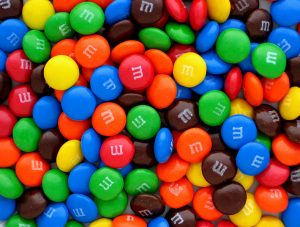 In our parashah, Yaakov Avinu visits the city of Luz. “Luz” also is the name of a human bone which, say our Sages, never decays and from which man’s body will be rebuilt at the time of techiyat ha’meitim. This bone takes all its nourishment from the melaveh malkah meal eaten on Motzai Shabbat. Thus, it derived no benefit when Adam ate from the Etz Ha’da’at–since that was not Motzai Shabbat–and it remained unblemished by that sin. As a result, it is not subject to the same mortality as the rest of the human body (see Mishnah Berurah 300:2 & Siddur R’ Yaakov Emden).

By sitting down for one additional meal when Shabbat departs, we demonstrate that we are not sending Shabbat away like an unwanted guest; rather, we are accompanying (“melaveh”) the queen (“malkah”) respectfully as she leaves. On a deeper level, R’ Menachem Man shlita (Yeshivat Ohr Etzion) explains in the name of R’ Tzaddok Hakohen Rabinowitz z”l (1823-1900; chassidic rebbe in Lublin, Poland): When Leah gave birth to her third son, she named him “Levi”, which shares a root with the word “melaveh.” She said (in our parashah–29:30), “This time my husband yilaveh / will become attached to me.” Likewise, says R’ Tzaddok, by accompanying the Shabbat on her way, we attach the Shabbat to the week ahead.

R’ Man adds in the name of R’ Avraham Yitzchak Hakohen Kook z”l (1865-1935; Ashkenazic Chief Rabbi of Eretz Yisrael): The luz is not only a physical part of the body; there is a spiritual “luz” also. That is the point of pure emunah / faith deep within a person that is never extinguished. It is the essence of every Jew; it is not the many unique interests and influences that shape each person, but that kernel deep within him, which is what enables him to share in both personal and national rebirth. (Le’toamehah Chaim p.228)

“He encountered the place and spent the night there because the sun had set.” (28:11)

Rashi z”l writes: “He encountered the place” is an allusion to prayer. Thus we may learn that Yaakov originated the prayer of Ma’ariv.

The Gemara (Berachot 27b) teaches that praying Ma’ariv is a “reshut” (literally, “optional,” but see further below). In a Derashah delivered in Olney, Maryland, on 2 Kislev 5778, R’ Avraham Shalom Lipschutz-Halberstam shlita (Stropkover Rebbe in Yerushalayim) explained this Halachah based on the above comments by Rashi, as follows:

Our Sages teach that Avraham established Shacharit, Yitzchak established Minchah, and Yaakov established Ma’ariv. Some commentaries understand, however, that Avraham also prayed Minchah; Yitzchak’s innovation was not the prayer itself, but rather the idea that Minchah should preferably be recited late in the afternoon (see Berachot 29b).

Yaakov Avinu presumably prayed in accordance with his father’s innovation. As a result, when the sun set suddenly, Yaakov found that he had missed reciting Minchah. Upset, Yaakov recited a “make-up” prayer at night, thus establishing Ma’ariv. However, unlike his father and grandfather, who had consciously chosen the times at which to pray, Yaakov’s praying at night was not by design, but only a result of his circumstances. Therefore, Ma’ariv was given a lesser status.

Nevertheless, the Jewish People have accepted praying Ma’ariv as an obligation (see Mishnah Berurah 237:1). In connection with this, the Stropkover Rebbe observed that the Gematria of “Avraham” equals 248, which alludes to the 248 Mitzvot Aseh / affirmative commandments. In Hebrew, we refer to this number by the letters Reish-Mem-Chet (“remach”). These letters also can be seen as an acronym of the words “Reshut-Mitzvah-Chovah,” as if to say: “Something optional / Reshut, because it is a Mitzvah, we treat as an obligation / Chovah.” That is a trait of Avraham’s descendants, as illustrated by our acceptance of Ma’ariv as an obligation.

This is the same trait that Pinchas demonstrated when he killed Zimri for engaging in public immorality, the Stropkover Rebbe noted. Pinchas did not have to risk his life to do that, but he saw this optional Mitzvah as his obligation. Not coincidentally, the weapon he used was a spear–in Hebrew, a “Romach.” And, not coincidentally, the verse (Tehilim 106:30) specifically mentions that Pinchas prayed.

The antithesis of this philosophy is represented by the Jewish People’s arch-enemy, Amalek. Thus, when Amalek attacked, Moshe Rabbeinu said that the battle would be “Machar” (Shmot 17:9), the same three letters in a different order, representing Mitzvot, which are a Chovah / obligation, but which are treated as a “Reshut” / optional activity. Again, not coincidentally, a Midrash teaches that Yaakov, on the very same journey described in our verse, encountered Esav’s son Elifaz, none other than the father of Amalek. (Heard from Mr. Moshe Katz)

“Yaakov awoke from his sleep and said, ‘Surely Hashem is present in this place and I did not know!’ He became frightened and said, ‘How awesome is this place! This is none other than the abode of G-d, and this is the gate of the heavens!’” (28:16-17)

R’ Raphael Moshe Luria z”l (Rosh Yeshiva in several chassidic yeshivot in Israel; died 2009) writes: The message to Yaakov in his dream was that the days when his task was to serve Hashem by sitting in the yeshiva of Shem and Ever were over. Now he had a new task: to start a family. That is where he would find G-d now. (Bet Genazi: Nisuin p.6)

“She conceived again, and bore a son, and she declared, ‘This time ‘odeh’ / let me gratefully praise Hashem.’ Therefore she called his name ‘Yehuda’.” (29:35)

The Gemara (Rosh Hashanah 18b) relates that, after the Chanukah miracle, people started to mention Hashem’s Name in their business contracts. They would write: “In such-and-such year of Yochanan, Kohen Gadol to the most lofty G-d . . .” The Sages did not approve of this practice because most such documents eventually ended up in the trash. At last, the Sages were able to stop this practice, and that day was declared a festival. Rashi z”l explains that the Sages viewed it as miraculous that they were able to talk the masses out of this practice.

R’ Chaim Zaitchik z”l (1906-1989; Rosh Yeshiva of Yeshivat Bet Yosef-Novardok in Buchach, Poland; later in Israel) writes: We learn from this Gemara that it is miraculous that a person can break a bad habit. The reason is that, when a person becomes accustomed to doing something, especially if he does it for a long time, it becomes part of his nature.

By the same token, when a person has a lot of a good thing, he begins to take it for granted. He may still look back fondly at the first time he received that thing, but subsequent instances will not be anything special in his eyes. Not so, our matriarch Leah! When her fourth child (Yehuda) was born, she pushed herself to not see the event as routine, and she gave thanks. (Ohr Chadash: Mo’adim p.422)

“How awesome is this place! This is none other than the abode of Elokim, and this is the gate to the Heavens.” (27:17)

R’ Yaakov Emden z”l (died 1776) writes: Know and understand that, although the Shechinah is found in every place, prayers do not ascend in a straight line [from every place]. Rather, they must be sent to Eretz Yisrael and Yerushalayim, to the place of the Bet Hamikdash, where the “gate to the Heavens” is found, as Yaakov saw expressly in his dream. We find this repeated in the Nevi’im / Prophets (Melachim I 8:48), “They will pray to You by way of their Land that you gave to their forefathers, and [by way of] the city that You have chosen and [through] the Temple that I built for Your Name,” and in the Ketuvim / Writings (Daniel 6:11), “He had windows open in his upper story, facing Yerushalayim, and three times a day he fell to his knees and gave thanks before his G-d.” Everyone agrees that prayers ascend only through that place. Therefore, do not let these words slip from before your eyes; rather, gaze towards the city that Hashem chose as His abode, for even in its desolation it retains its holiness, and imagine yourself as if you are standing in the house of Elokim before the Ark of Hashem.

R’ Emden writes further: The obligation to face toward Yerushalayim in prayer is stated expressly and repeatedly in Tanach. However, this intention [to pray through Yerushalayim] is not adequate unless one is unavoidably prevented [from actually praying in Yerushalayim]. Therefore, writes R’ Emden, every Jew must make a firm commitment to make aliyah to Eretz Yisrael if he will have sustenance there, either through performing labor, engaging in business or through necessary support from abroad. One should desire to pray before the palace of the King, for even though it is in ruins, the Shechinah has not departed from there. Therefore, listen to me, my brothers who are living on land which is not ours, on impure land! Remember this and awaken yourselves! Remember Hashem and place Yerushalayim on your hearts! . . . The sin of our early ancestors [the generation of the Exodus] which caused tears to be cried throughout history was that they rejected the Beloved Land. . . Now Yerushalayim also sighs, for she is abandoned. (Siddur Bet Yaakov: Sulam Bet El)