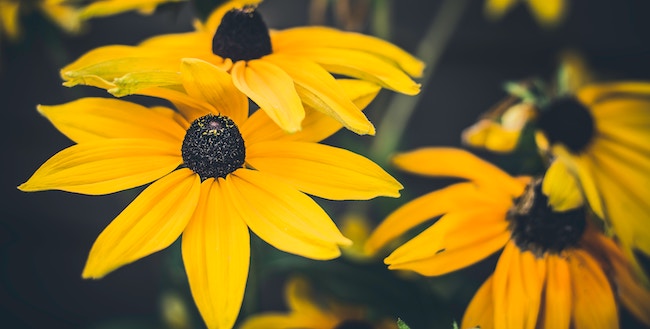 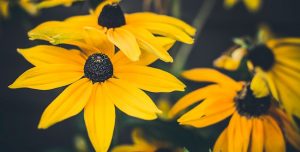 We read in this week’s Parashah (18:5), “You shall observe My decrees and My laws, which man shall carry out and by which he shall live–I am Hashem.” What is meant by the phrase, “By which he shall live”? R’ Moshe ben Nachman z”l (Ramban; 1194-1270; Spain and Eretz Yisrael) writes: The “life” that a person is given for performing Mitzvot depends on his own approach to the commandments. He explains:

If one’s performance of Mitzvot is not L’shmah, but in order to receive a “prize,” he will be rewarded in this world with a long life filled with wealth and honor. About such a person, King Shlomo wrote (Mishlei 3:16), “In its left hand is wealth and honor,” i.e., if one performs the Mitzvot “with his left hand,” not in the ideal way, his reward will be wealth and honor.

Those who perform Mitzvot for the purpose of earning Olam Ha’ba / the World-to-Come are considered to be serving Hashem out of Yir’ah / fear. They will indeed be saved from the judgments that await the wicked, and their souls will rest in a “good place” [but not the highest level of goodness that a soul can attain].

Those whose Mitzvah performance is motivated by love of Hashem, as should be the case, but who are also immersed in this world, will receive the reward spoken of in Parashat Bechukotai (Vayikra 26:5), “You will eat your bread to satiety and you will dwell securely in your land.” They will have pleasant lives in this world, and their merits will remain intact for Olam Ha’ba.

Finally, those who pay no attention to their physical needs, and whose thoughts are only for their Creator, will merit eternal life, as did Eliyahu Ha’navi. (Be’ur Al Ha’Torah)

R’ Menachem Mendel Taub z”l (1923-2019; the Kaliver Rebbe in Israel, a Holocaust survivor who devoted himself to programs that would perpetuate the memory of Holocaust victims; he passed away this past Sunday) derives a lesson from these verses based on the following introductory points:

(1) Midrash Rabbah comments on the opening verse of our Parashah: “Thus it is written (Tehilim 27:1), ‘[A psalm] by David, Hashem is my light and my salvation, whom shall I fear?’”

(2) Rashi z”l comments on the above verse: The Gematria of “B’zot” (Bet-Zayin-Aleph-Tav) is 410, alluding to the years that the first Bet Hamikdash stood.

(3) Other occurrences in Tanach and liturgy of the word “Zot” include: “If an army would besiege me, my heart would not fear; if war arises against me, B’zot / in this I trust” (Tehilim 27:3); “Zot / This is Hashem’s doing; it is wondrous in our eyes” (Ibid 118:23); and “For Zot / this, the beloved ones praised [G-d]” (from the blessing preceding the morning Shemoneh Esrei).

R’ Taub writes: One of the Thirteen Articles of Faith in which the Jewish People believe is: “Hashem is the Creator and Director of all creations, and He alone did, does, and will do all that is done.” In this vein, our Sages teach that a person doesn’t even jam his finger here on earth without a prior declaration Above that it should be so. When a person’s Emunah / faith is so deep that he sincerely believes this, he causes Heavenly decrees against himself and others to be nullified, and he “brings down” blessings and kindness upon the Jewish People, writes R’ Taub.

This is alluded to by the various occurrences of the word “Zot,” R’ Taub continues: “B’zot / With ‘Zot’ shall Aharon come into the Sanctuary.” What “Zot” is referred to, i.e., what enables a person to enter G-d’s inner sanctum and pray for the welfare of the Jewish People? It is the belief that “Zot / This is Hashem’s doing; it is wondrous in our eyes,” i.e., that everything that happens is from Hashem and under His direction. If, G-d forbid, one witnesses destruction, “If war arises against me,” remember that it comes from Hashem. “B’zot / in ‘Zot’ I trust!” says the verse. In what “Zot” do I trust? In the aforementioned verse: “Zot / This is Hashem’s doing.” This outlook enables us to bless Hashem for the “bad” just as we do for the “good.” “For Zot / this, the beloved ones praised [G-d].”

In this light, concludes R’ Taub, we can understand the above Midrash. If, G-d forbid, one sees a tragedy such as the death of Aharon’s sons–a catastrophe equivalent to the destruction of the Temple (which Rashi alludes to)–one need only remember: “Hashem is my light and my salvation, [therefore,] whom shall I fear?” (Kol Menachem)

R’ Chaim of Volozhin (1749-1821; founder of the first yeshiva as we know them today) writes: The greatest honor that one can receive from a king is to be invited to eat at his table–not because of the delicacies that are served there, but because it enables the invitee to bask in the presence of the king. However, only an urbane person can appreciate this point. A simpleton would be just as happy taking the delicacies from the king’s table back to his village and eating them there.

The same is true of reward in Olam Ha’ba / the World-to-Come, writes R’ Chaim. The essence of Olam Ha’ba is “seeing the sweetness of Hashem” [paraphrasing Tehilim 27:4]. Thus, one who wants to receive his reward in this world is like that villager who prefers to take his portion from the king’s table back to his home rather than to behold the king.

This is what our Mishnah is teaching, writes R’ Chaim: Do not serve Hashem in order to receive your reward in Olam Ha’zeh; rather, leave it to be collected in Olam Ha’ba, where you will enjoy the Shechinah’s “light.” Make no mistake! R’ Chaim adds. When a person serves Hashem “Lishmah” / with pure intentions, he may enjoy the “fruits” of his Mitzvot in this world. However, the primary reward is in Olam Ha’ba. (Ruach Chaim)

Accordingly, R’ Abarbanel offers an alternative explanation of the Mishnah. Notably, he writes, the Mishnah does not say that we should not serve Hashem for “Sachar,” which is the proper Hebrew word for “reward.” Instead, it says that we should not serve Hashem for a “Pras.” As used in Mishnayot generally, “Pras” means “daily sustenance” (see, for example, Eruvin 73a). As such, the Mishnah is teaching us not to serve Hashem with an expectation of material reward in this world. It is absolutely proper, however, to serve Hashem in order to receive spiritual reward in the World-to-Come. (Nachalat Avot)

Siddur Avodat Yisrael cites a custom to recite Psalm 26 on the Shabbat on which Parashat Acharei Mot is read. Accordingly, we present here verses from, and commentaries on, that Psalm.

R’ Aharon Moshe Padua z”l (1805-1867; Karlin, Belarus) explains: In his humility, King David believed that he would come out looking good compared to the wicked, but not compared to the righteous. This is similar to Lot’s response when the angels told him to flee S’dom and head for the mountains. He said (Bereishit 19:19), “I cannot escape to the mountain lest the evil attach itself to me and I die.” He meant: Avraham lives in the mountains, and I will compare unfavorably to him and not be able to withstand the Attribute of Justice. Better that I settle in the wicked city of Tzo’ar, where I will compare favorably.

However, R’ Padua notes, this seems to contradict the teaching of the Gemara (Rosh Hashanah 16b) that Hashem judges the Jewish People before He judges the gentiles, i.e., before His full-blown anger is aroused. It seems that being judged together with the wicked is not a good thing.

R’ Padua answers: Perhaps King David meant: Judge me when you judge the wicked, but before you judge them. (Be’ur Ha’Re’em)