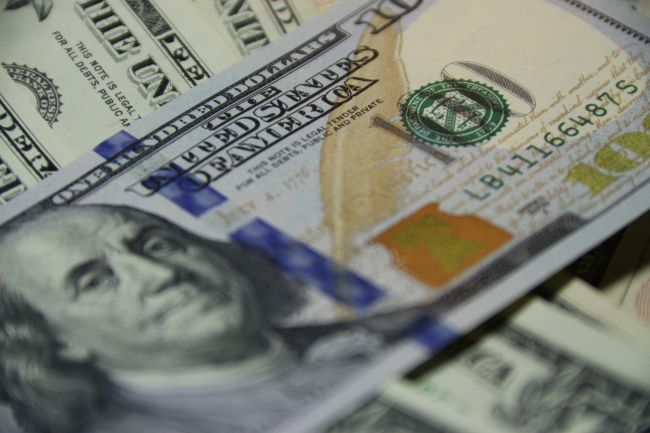 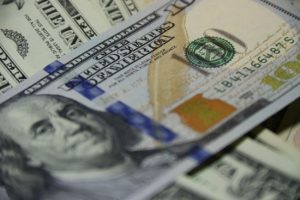 In this week’s Parashah, we read of the Mussaf sacrifices that were to be brought on Shabbat and each festival. The Torah says (28:10): “Olat Shabbat be’Shabbato” / “The elevation-offering of each Sabbath on its own Sabbath.” Literally, this teaches that, if, for any reason, the Korban Mussaf was not brought on one Shabbat, it may not be made up the following week.

R’ Moshe Yehoshua Hager z”l (1916-2012; Vizhnitzer Rebbe) writes that this verse alludes, as well, to a lesson about Shabbat observance: “Olat Shabbat be’Shabbato” / “The elevation a person experiences as a result of observing Shabbat is in his Shabbat.” What a person gets out of Shabbat depends on what he puts into Shabbat.

The Vizhnitzer Rebbe continues: We say in the Friday night Zemirot, “Whoever sanctifies the seventh day as befits it, his reward is very great, according to his deeds.” At first glance, the song appears to contradict itself. Is the reward for Shabbat observance “very great,” or is it “according to his deeds”? In reality, there is no contradiction, the Rebbe explains. Imagine an investment with a return of 100% — a “very great” return. Nevertheless, a person’s profits will be “according to his deeds.” If he invests $1,000, he will get back $2,000. But, if he invests only $100, he will get back only $200. The same is true of Shabbat. What a person gets out of it depends on what he invests in it–referring, of course, to preparing oneself spiritually and getting a spiritual return. (Yeshuot Moshe: Ma’adenei Ha’shulchan)

“Pinchas, son of Elazar, son of Aharon the Kohen, turned back My wrath from upon Bnei Yisrael, when he zealously avenged Me among them . . .” (25:11)

Rashi z”l writes: Because Bnei Yisrael spoke disparagingly of him saying, “Have you seen this grandson of Puti, this person whose maternal grandfather used to fatten calves for idolatry, and he has dared to slay a prince of one of Yisrael’s tribes!” Therefore, the Torah comes and connects his genealogy with Aharon. [Until here from Rashi]

R’ David Halevi z”l (1586-1667; Poland; known as the “Taz”) asks: If the prince of the tribe of Shimon deserved the death penalty for what he did, then why were Bnei Yisrael speaking disparagingly of Pinchas? Why was it relevant that his grandfather was an idolator or that the person he killed, Zimri, was a prince? Likewise, if Zimri did not deserve to die, why was it relevant that he was a prince? Any murder is abhorrent!

He explains: Halachah provides that Bet Din may impose punishments harsher than the Torah specifies when doing so is necessary to combat lawlessness by making an example out of a particular sinner. That is what happened here. Zimri’s sin was not one that ordinarily incurs the death penalty. However, Pinchas, in his zealousness, made an example of Zimri.

Not just anyone has the authority to do that, however. Therefore, the people said: Who is Pinchas, the grandson of an idolator, to take the law into his own hands and kill someone who was above his (Pinchas’) station? To that argument, the Torah answers: Pinchas is “son of Elazar, son of Aharon the Kohen.” Moreover, he did this for Me, Hashem, “when he zealously avenged Me among them.” (Divrei David)

R’ Avraham Yitzchak Hakohen Kook z”l (1865-1935; first Ashkenazic Chief Rabbi of Eretz Yisrael) answers the Taz’s question as follows: If a person wants to hold himself above the law, as Pinchas did when he killed Zimri (who did not technically deserve the death penalty), his intentions must be entirely “L’shem Shamayim” / “For the sake of Heaven.” Bnei Yisrael wondered: How could a person whose grandfather was an idolator have such pure intentions?

R’ Kook continues: Many commentaries ask why the Egyptians deserved to be punished for enslaving Bnei Yisrael when Hashem decreed that Avraham’s descendants would be enslaved. One of the common answers given is that Hashem never decreed that a specific Egyptian enslave a Jew; therefore, an Egyptian who “volunteered” to do so deserved to be punished. Still, R’ Kook asks, why should the Egyptians who “volunteered” be punished? They were actually fulfilling a Mitzvah by carrying out Hashem’s decree!

He answers: In many situations, the Torah doesn’t mind if a person has an ulterior motive alongside his intention to do a Mitzvah. [For example, it is okay to give Tzedakah with an ulterior motive.] However, that is true only when the act being done is not an inherently bad act. Enslaving Bnei Yisrael was an inherently bad act, so any improper motivation was sufficient to make the entire act bad. Likewise, killing Zimri, who was not liable for the death penalty, would have been a bad act if Pinchas’ motivation had not been entirely proper. Therefore, the Torah testifies on his behalf. (Metziut Kattan 146)

R’ Henach Leibowitz z”l (Rosh Yeshiva of Yeshiva Chofetz Chaim Rabbinical Seminary of America in Queens, New York) writes: Our Sages ask how a person as intelligent as Korach could do something so foolish as to mutiny against Moshe. They answer, “He saw great lineage descending from himself.” Korach reasoned that since his descendants would include the Prophet Shmuel, he obviously would not perish and, presumably, would succeed. What he failed to take into account was that his sons, who seemed to be so closely aligned with him, would repent and survive him.

What inspired the sons of Korach to repent? The Midrash Yalkut Shimoni relates: By going to the tent of Datan and Aviram, Moshe saved four Tzaddikim from Gehinnom: the three sons of Korach and the co-conspirator On ben Pelet. In what merit were Korach’s sons saved? When they were sitting with their father and they saw Moshe approaching, they were embarrassed to look at him. They said, “If we stand for Moshe, we are degrading our father, contrary to the Mitzvah of honoring one’s parents. But, if we don’t stand for Moshe, we are transgressing the command to stand for an elder. It is better if we stand for Moshe Rabbeinu.” At that moment, they had thoughts of repentance. [Until here from Yalkut Shimoni]

R’ Leibowitz explains: This Midrash is teaching us the powerful impact that actions have on a person. Korach’s sons were aligned with their father in believing that Moshe had selfishly appointed his brother, Aharon, as Kohen Gadol without being commanded by Hashem to do so. Nevertheless, the act of standing for Moshe, of showing him a small amount of honor, because he was an elder was a catalyst to cause them to rethink their positions.

From here we learn, continues R’ Leibowitz, that a person who wants to acquire any good Middah / character trait should perform actions that reflect that trait even if, at first, they will not be genuine reflections of his feelings or his current state of mind. [For example, rather than saying, “I will study Torah after I learn to appreciate it,” a person should just start studying. Rather than saying, “I will be nice to people after I learn to appreciate them,” a person should just start being nice to people.] (Chiddushei Ha’lev)

Shabbat: Seeing Good in Everything

“A psalm, a song for the Sabbath day. It is good to thank Hashem and to sing praise to Your Name, Exalted One; to relate Your kindness in the dawn and faith in You in the nights.” (Tehilim 92:1-3)

R’ Mattisyahu Solomon shlita (Mashgiach Ruchani of Beth Medrash Govoha in Lakewood, N.J.) writes: Shabbat is set aside as a time when one can readily reflect on Hashem’s goodness. Indeed, the foundation of the mitzvah of Oneg Shabbat is that through eating delicacies and enjoying other physical pleasures one will recognize Hashem’s desire to do good for His creations — to cause them to feel fortunate and happy and to provide them with all types of good things. This, in turn, will lead a person to acknowledge and thank Hashem, and to recognize that One who is so good must be all good. Although we often fail to understand how His actions are good — indeed, some of His actions appear to us to be bad — we are capable of recognizing that He is inherently good. It is only due to our shortsightedness that we do not see that all He does is a result of His goodness. This is the song of Shabbat.

R’ Solomon continues: Yet, how can we ignore what is “obviously” bad and tell ourselves it is good? He explains, quoting his teacher R’ Elya Lopian z”l (1872-1970): Imagine that a person is walking along the road and sees well-manicured gardens befitting a king or wealthy noble. This person would likely assume that the palace behind these gardens is similarly ornate. Much to his surprise, however, once he passes through the gardens he finds that the palace is a gutted, half-wrecked shell. How can this be? A thinking person would conclude that the palace is merely being renovated. Similarly, when Hashem appears to do bad, it is because He is “renovating” and improving His world. If one would focus on the overall goodness of Hashem’s deeds, he would not question those of His deeds that appear to mankind to be destructive or cruel; he would understand that they are part of a carefully formulated, mathematically precise plan. (Matnat Chaim: Shabbat p.103)