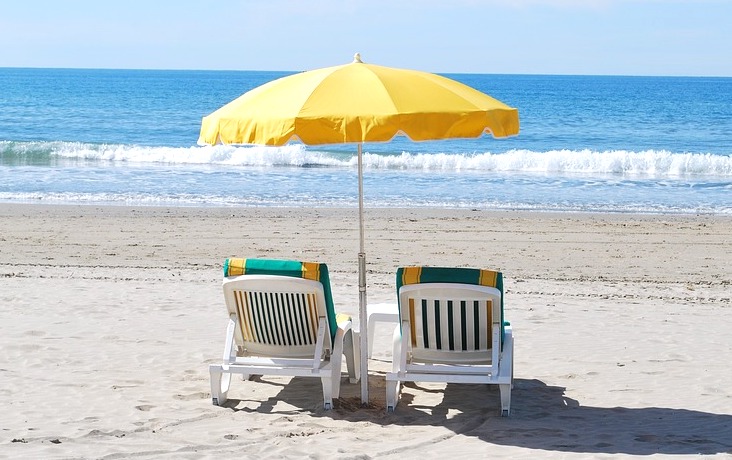 Summer Vacation Begins With a Reminder: No Vacation from Divine Service 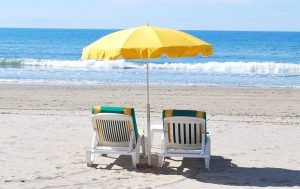 This week’s article from Rabbi Yissocher Frand has been generously dedicated
by Mr. Moshe Dreyfuss in memory of his father Avraham ben Shmuel a”h, on his Yahrtzeit

These divrei Torah were adapted from the hashkafa portion of Rabbi Yissocher Frand’s Commuter Chavrusah Tapes on the weekly portion: #1169 – 17 Tamuz–When Does It Start? Wearing Laundered Shirts in Nine Days?

Note: The shiur will now pause for the summer break. The next shiur is planned for Parshas Shoftim. Good Shabbos!

Parshas Pinchas contains the Korbonos of the Yomim Tovim, preceded by the Korban Tamid – the (twice) daily offering. The pasuk says “Command Israel and say to them… This is the fire offering that you shall offer to Hashem — year old unblemished lambs, twice a day, an eternal burnt offering. The one lamb you should offer in the morning, and the second lamb you shall offer in the evening. [Bamidbar 28:2-4].

The week began with Shiva Asar B’Tamuz, the 17th of Tamuz. Chazal say that five things happened to our forefathers on the 17th of Tamuz. The reason we fast on this day is to commemorate those five terrible things. The Gemara in Taanis lists the five things: The Tablets were broken (when Moshe descended from Mt. Sinai and saw the people worshipping the Golden Calf); the Korban Tamid stopped being brought; the Outer Wall of the City of Jerusalem was breached; Apostomas (the Roman General) publicly burned a Sefer Torah; and he erected an idol in the Beis HaMikdash. These are the five terrible things that happened on the 17th of Tamuz.

If we were asked to rank these five events in terms of their seriousness, which event would you pick to be number five (i.e. – the least catastrophic)?

I heard an observation from Rav Aharon Lichtenstein, zt”l, that at first glance the suspension of the Korban Tamid does not seem to be as tragic as the other four events. We lost the Luchos that were written by the “Finger of Elokim“; the city wall was breached—this was the beginning of the end of the Jewish Commonwealth. Putting up an idol in the Beis HaMikdash and burning the Torah were unspeakable insults to our religion. But the suspension of the Tamid did not mark the total end of the Service in the Beis HaMikdash at that point. What was the tragedy of the Bitul haTamid which caused it to be listed with the other four catastrophic events? Apparently they are all equally great tragedies.

The Medrash quotes various Tannaim, who each bring a pasuk which, in their opinion, encapsulates all of the Torah: Ben Zoma cites his view of the pasuk which defines the Torah: Shema Yisrael Hashem Elokeinu Hashem Echad (Hear O Israel the L-rd Our G-d the L-rd is One). Ben Nanas cites the pasuk “V’Ahavta L’Rei’acha Kamocha” (Love your neighbor as yourself). Shimon ben Pazzi claims that there is an even more fundamental and all-encompassing pasuk: “Es ha’keves ha’echad ta’aseh ba’boker, v’es ha’keves ha’sheni ta’aseh bein ha’arbayim” (The one lamb you should make in the morning, and the one lamb you should make in the evening.).

The pasuk that is the essence of Torah—which encompasses the entirety of Torah according to Shimon ben Pazzi—is the pasuk which commands us to bring the daily Korban Tamid, morning and evening. We can readily understand Ben Zoma’s pasuk as being a candidate for the Torah’s most fundamental principle. Monotheism is clearly a fundamental Jewish belief. We can accept Ben Nanas’ pasuk as being the fundamental principle underlining all interpersonal interactions. But never would I pick “Es ha’keves ha’echad ta’aseh ba’boker, v’es ha’keves ha’sheni ta’aseh bein ha’arbayim“! What did Shimon ben Pazzi have in mind?

The Maharal, in his Nesivos Olam, explains that the essence of Divine Service, the essence of being a Servant of the Ribono shel Olam, is consistency: Day in, Day out; Day in; Day out! Every single day, without exception. This shows my TOTAL devotion to the Almighty—every single day without a stop. Rain, sleet, snow, hail, no matter what, “Here I am!” Torah is about being an Eved HaShem, and being an Eved HaShem entails constant and unbroken service.

That was the tragedy of the Bitul HaTamid that occurred on the 17th of Tamuz. Once the streak is broken, once the continuity is interrupted, then everything begins to dissipate and fall apart. That is why this indeed WAS the beginning of the end. From the time they built the Mishkan—through Nov, Givon, Shilo, and all the years of the Beis HaMikdash—every single day, morning and evening, they ALWAYS brought the Korban Tamid. When that stopped, it was the beginning of the end.

You can understand the context in which I mentioned this Medrash at the Siyum HaShas. That is what Daf Yomi is. Day in, day out, every single day—whether it is Erev Pessach or Yom Kippur or whatever it is. It must get done. This is what Divine Service is all about. That is why Ben Pazzi singles this out as the most fundamental pasuk in Torah. The Medrash, in fact, concludes that the Halacha follows Ben Pazzi. This is indeed the most definitive pasuk in the Torah—One calf you should bring in the morning and one calf you should bring in the evening.