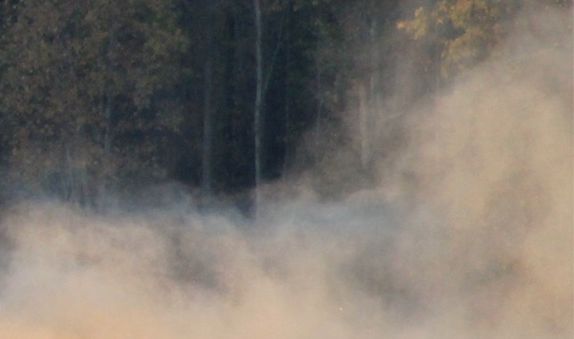 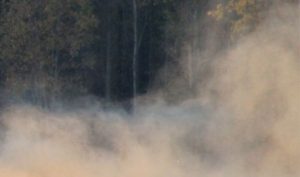 In the beginning, God made the Heaven and the Earth. (Bereishis 1:1)

AND, OF COURSE everything else that followed over the course of the next six days of creating, which leaves ALL of mankind breathless to this very day. Well, ALMOST all of mankind. ONE person begged to differ, and it might not have mattered had this ONE person not been Shlomo HaMelech, the WISEST man to have ever lived. Regarding Creation, He wrote, as Rashi explains, the following:

VANITY OF VANITIES!” Koheles said, “Vanities of vanities! Everything is vanity!” (Koheles 1:2).

If it sounds familiar, it should. We just read Koheles on Chol HaMoed Succos, and it is obvious why. It started with Rosh Chodesh Elul, 29 days of shofar blowing, and “L’Dovid Hashem Ori, etc.” During last two weeks of the month at least—the Sephardim did it the ENTIRE month—we said Selichos. This, of course, was followed by Rosh Hashanah and the Aseres Yemai Teshuvah—Ten Days of Repentance—the climax of which was Yom Kippur. Koheles CLEARLY was just the SUMMARY of all of that.

You mean it WASN’T so clear?

Perhaps had we read Koheles on Yom Kippur, it would have been. On a day that we basically forsake the pleasures of the physical world, as if following the script of Koheles, and focus on fear of God, as Koheles advises at the end of the sefer. Koheles would have fit in perfectly then.

Instead however we read Megillas Koheles on Succos, after we have already joyfully moved on from the more esoteric energy of Yom Kippur back to the world of physical pleasure. We may leave the comfort of our houses and move into the succah for an entire week, but we do it in STYLE.

Perhaps that is SPECIFICALLY the reason why Koheles is read during Succos, and NOT on Yom Kippur. Maybe it was “postponed” because Chazal, in their great wisdom, foresaw how Koheles would better serve as reminder of Yom Kippur “themes” once we have forgotten about them, than on a day that they are ALL we think about.

A reminder of exactly WHAT specifically?

The purpose of life.

It was, after all, what Koheles was looking for, the purpose of life, and as the wisest man to have ever lived, he was entitled to search for it. The only question is, if he was SO wise, why did Shlomo HaMelech not save himself all his trouble and ink, and simply rely on the word of the greatest PROPHET to have ever lived, who already taught:

He DID. Koheles was not reinventing the wheel. He was showing all the “math” behind it. He was not re-teaching Moshe Rabbeinu’s conclusion, but providing all the back up for it. Moshe taught his lesson at the END of the 40 years. Koheles takes the reader on their own personal journey to the same conclusion.

This is because, from Moshe Rabbeinu, it is clear that fear of God is important only because GOD commands it. HE wants it, and if we want to please HIM, we should pursue it. If a person wants to be counted among God’s loyalists, they should make fear of Him their TOP priority in life, no matter what else might please them more.

What do you REALLY want from life? This is the question that Koheles is asking a person, and it is one which reverberates off the schach of the succah. Because, says Koheles, it is all too easy to think that one already knows the answer to this question, and yet be WRONG, even during their ENTIRE life.

The Torah, of course, has the answer. The Torah was only given to discuss this answer, and to direct people towards it. Every single word of Torah is a part of the answer, and every story, an example of it. Even the letters of the words themselves hint to the purpose of life, when one takes the time to learn how.

So WHERE, and WHY do we go wrong?

The Talmud answers this question in, of all masechtos, Succah:

In the Time-to-Come, The Holy One, Blessed is He, will bring the Evil Inclination and slay it before the righteous and the evil. To the righteous, it will have the appearance of a towering hill, and to the evil it will have the appearance of a hair thread. These will cry and these will cry. The righteous will cry saying, “How were we able to overcome such a towering hill!” The evil also will cry saying, “How is it that we were unable to conquer this hair thread!” (Succah 52a)

Because, teaches Koheles, if a person just goes the distance to work it through, they will be left, in the end, with the same conclusion: there is nothing more meaningful to pursue in life than fear of God. Once the “dust” of the yetzer hara settles, the only thing left standing is fear of God.

The School of Rebi Yishmael taught, “If this repulsive wretch meets you, drag him to the Bais Midrash. If he is of stone, he will dissolve, if of iron he will shiver into fragments . . .” (Succah 52b)

The yetzer hara can also be found in a Bais Midrash, but rarely in the same manner that it is found in the world outside of it. The Torah lives in there. The Shechinah resides in there. Therefore, the Koheles-based truth, and therefore, the PURPOSE OF LIFE, is much clearer in there.

And this is why, as Rashi says about the very first word of the Torah, “Be-REISHIS,” the world was made for Torah. As it says:

The beginning—REISHIS—of wisdom is the FEAR OF GOD. (Mishlei 9:10)